This is about something that I do very wrong in Eve. Susan black tweeted that she discovered a large rigged Falcon and it made me think of my special ships. I say special because people make sure that I know I'm to new to have anything that is old. But, for my short time in game, I have a collection of oddities with little, meaningful stories attached to them.

The other day, I decided that I wanted to try out the Machariel and an XXL-Jaguar. I have a Machariel. I've had one since I was six months old. I purchased it from LR when he decided to give up battleships. I have never flown it. The Machariel was a dream ship for me for a long time and the acquisition of this one and my eventual flight would signify my adulthood. Or so I convinced myself.

I decided a few days ago to ship it to high sec to retire as a hangar ornament and perhaps one day become a PvE boat. Some would ask why? The answer is simple enough. I like to collect spaceships to a certain extent. Just as I like my internet spaceship pixel money I like my pixel internet spaceships. I have several that I've collected that mean something to me for various reasons.

The Machariel is one of those but number two would be: 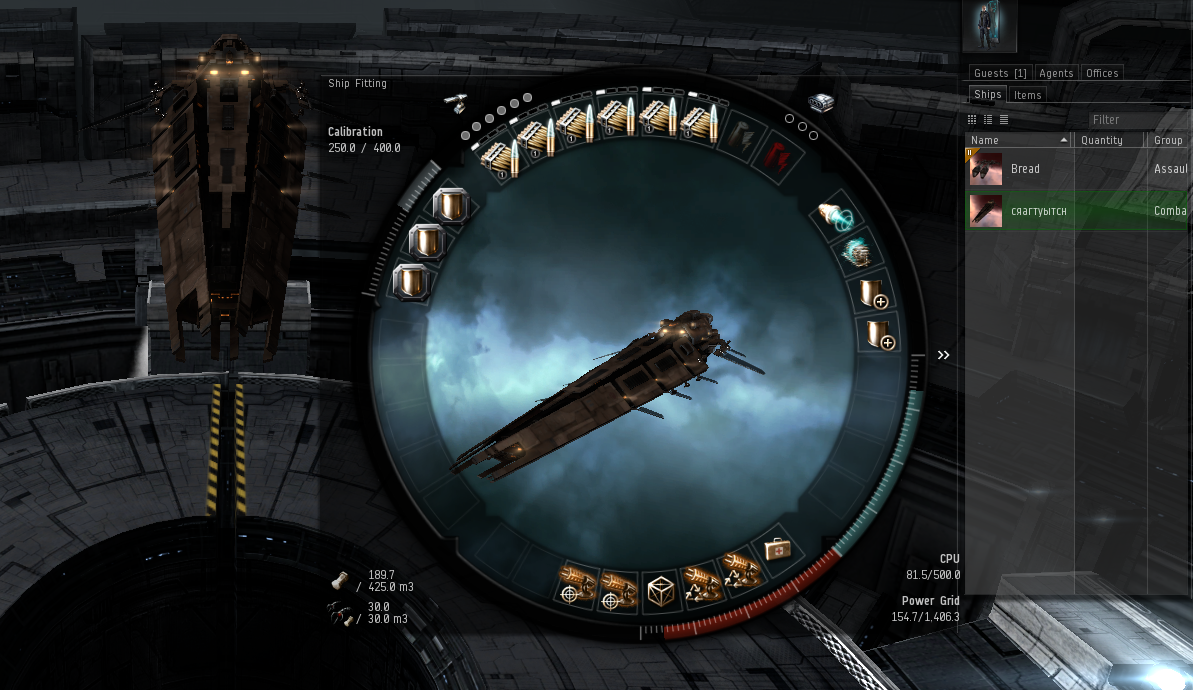 This is an old Hurricane that I learned to PvP in that time before Fozzie nerfed them into their current state. This particular ship is very special to me. I got it from CraftyCroc after I was killed and we went for revenge. The story is here. This was back when I was not even a year old and Eve was still Battlecruisers online. It was a very important fight for me and one of the first time I felt a little bit of confidence as to my actual abilities. I'd always looked at everyone else as 'real' pirates and myself as an interloper fraud who waited for someone to discover that she didn't belong there at any moment. And I wanted to belong. I wanted to be someone that the other members of the community would be proud of. So, for those who have never looked at my beginnings, that might be a place to see a younger me. I limped that ship home and wrapped it up in my hangar, unrepaired.  It still sits in Klingt to this day. I have no intention of ever moving it.

The next two both came from the same situation. A wormhole theft with Vov. This is when he used me for ransom. But it all worked out and I wound up with two ships that I kept. One is a Viator with a stylized name which is common in some wormholes. I actually use this ship constantly. I do it because my other Viator was a gift given to me from Ender and that is an old, old spaceship. The second is a Tengu that sits in my scanning alt's hangar, unused and dusty.

I have other little odds and ends that I have collected. I have my first Cynabal that I built from the BPC that dropped in the first 5/10 that I ever found and completed and got a drop in. Lue helped me with that. Those are the ships, however, that have stories. Ships that I will not send into the consumption of the daily pewpew. They always say don't fly what you can't afford to lose. That's why I don't fly them. I will tuck Buttered Scone into this group. He was a gift sweeter than I deserve.

People talk about losing things gloriously and losing things hysterically. It's promoted. Avoid risk aversion and embrace loss. Create content and be bold. And I often agree with the sentiment but not for everything. And yes they are pixels but they are pixels that form memories, and these memories that I shall keep.