It is the Eve of the patch. I'm listening to Declarations of War #86 part 1. One comment made is that nomadic movement will be much harder after the patch.  "What we do now," was said and what we do now no longer matters. Everything changes and we cannot hold onto what used to be to define what will be.

I'm on my way to move things to Bosena. It will be one of my last jumps without jump fatigue. I've been listening to people move  for days and days. Null sec has turned into a solid blue ocean as the forces have agreed to let each other maneuver so that they can maneuver. Instead of breaking out into fights and chasing and stalking each other they have decided that the gains of battle are lesser then the need to move as the deadline marches towards us. 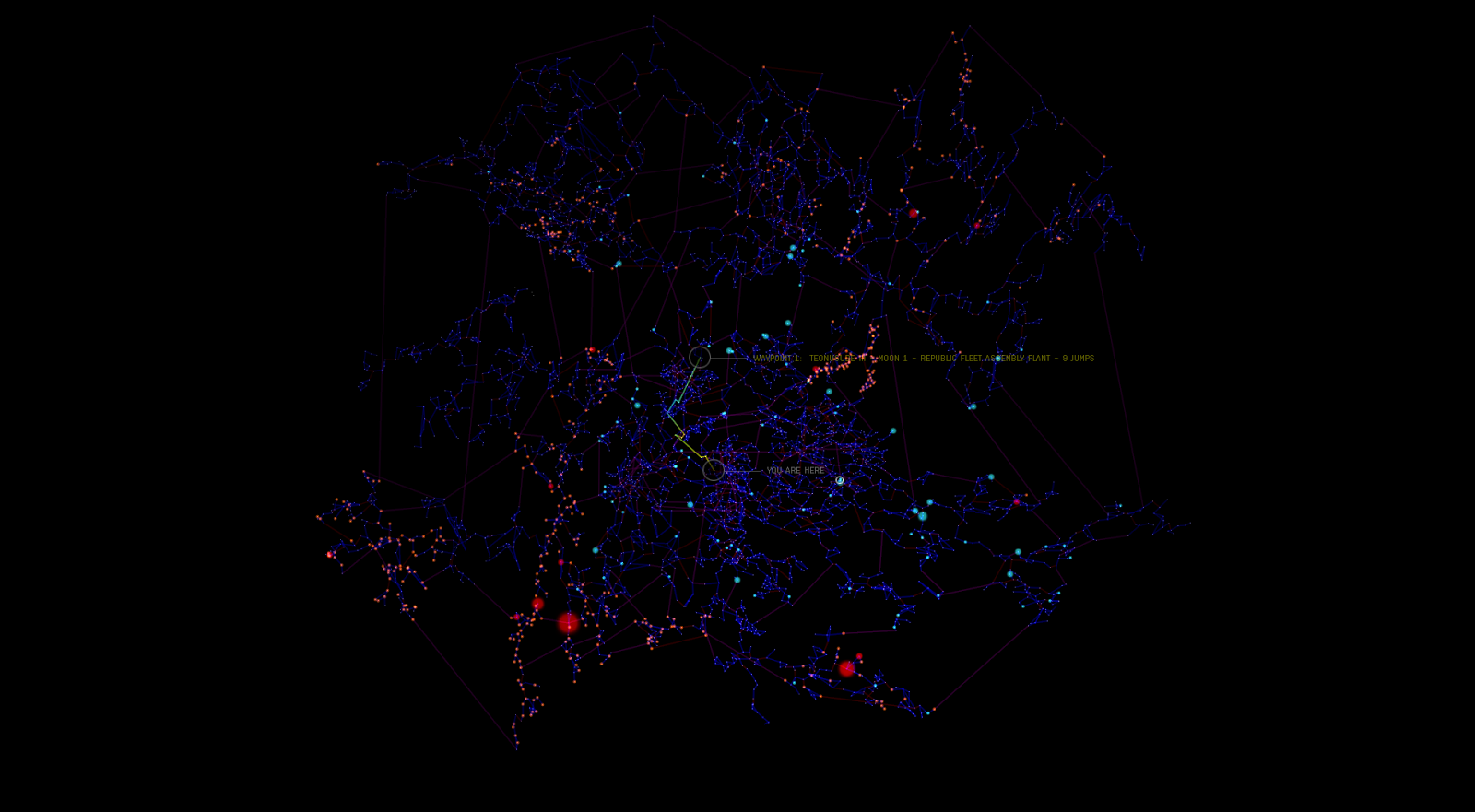 Eve's starmap is a terrible navigation device and an amazingly beautiful statistical machine. As I flew across Empire space, I pulled up the active cynos.

I've love to see the past week in cyno movement. It would be a dance like documentation of the end. The performance of thousands of moments of time as ships swept across space. I believe that it would be beautiful. A fusion of tension and excitement despair and hope. The past is behind us. It can no longer define us. These flickers of energy tell the last frantic rush of an Era.

And then there will be nothing but change.
November 03, 2014