One day, long ago, I purchased Demon Eyeball on a whim. I quickly realized that my frigate skills were not up to par to use him and I put him away. During that time I was musing trying more expensive things. I had been in a position where I did not feel that my skills and abilities justified modules on my ship more expensive than the hull. My Jaguar's set me back enough. Still. I knew that one day I'd grow up and fly fancy things. 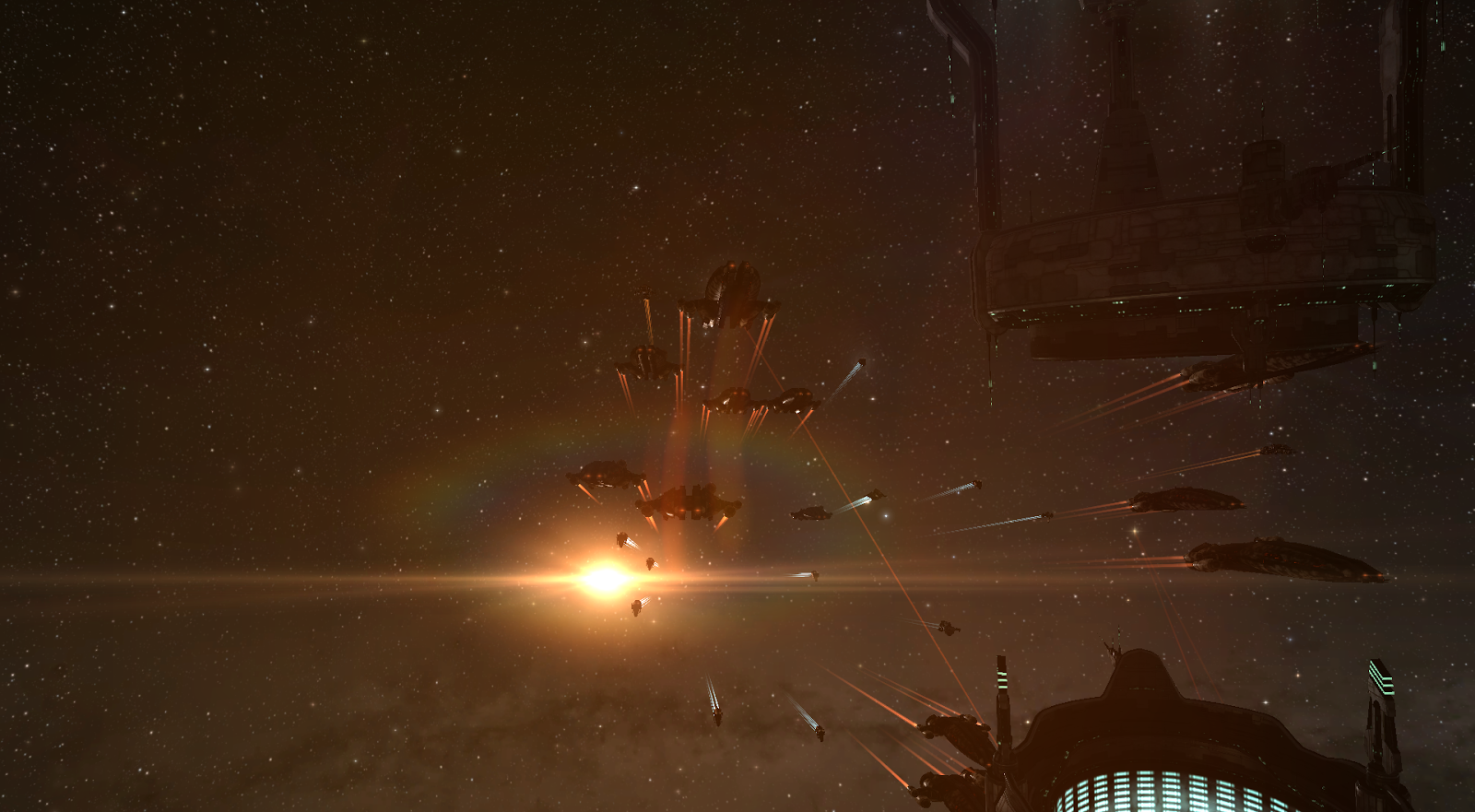 Somewhere along the line that changed. Some was my improved finical stability where I knew that I could easily replace an expensive loss even if I would not enjoy it. Perhaps I have managed to grasp more do to my play.

Or maybe I stopped worrying about justifying my losses to others. 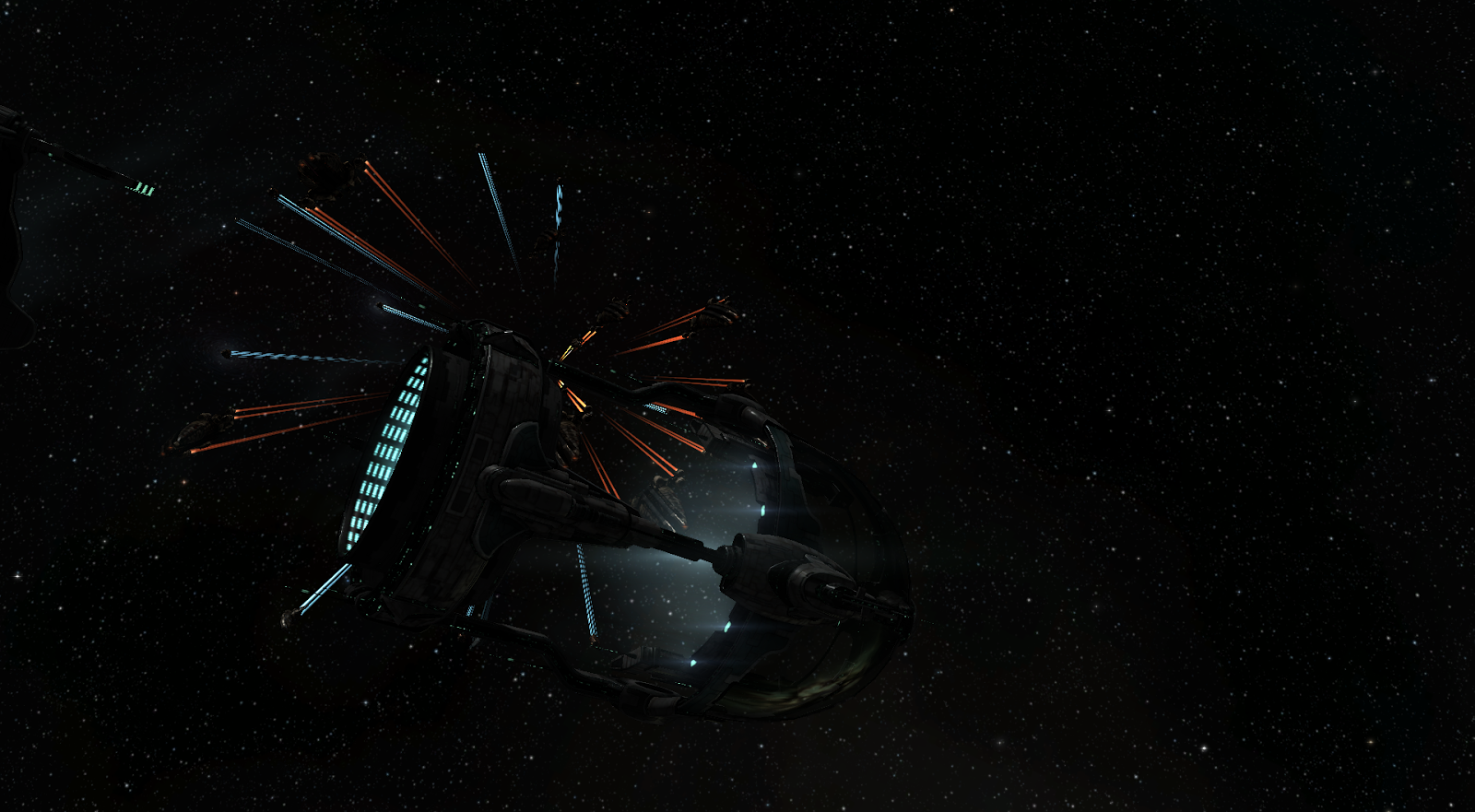 The Machariel is one of my love interests in Eve. I so fondly remember my early days with Lue in his Machariel and Chimera doing level five missions as I salvaged during the early morning hours when I had gotten in from my midnight shift. Back when torpedo launchers had amazing animations and NPC aggression meant you sent in a tank and then wandered in to clean up the field.

In those long, lazy morning hours I developed quite a love for those two ships. Lue was my ISK making idol. One day I'd be bad ass enough to do those things. I'd grind ISK and be this confident PvPer and everything would be amazing.

Time passed. What I've become may not be what I thought I would be but I seem to be getting things done anyway. And while I may not have undocked a Machariel for PvE badassery last night I undocked one for PvP. What was once vague dreams during sleepy mornings had become reality. 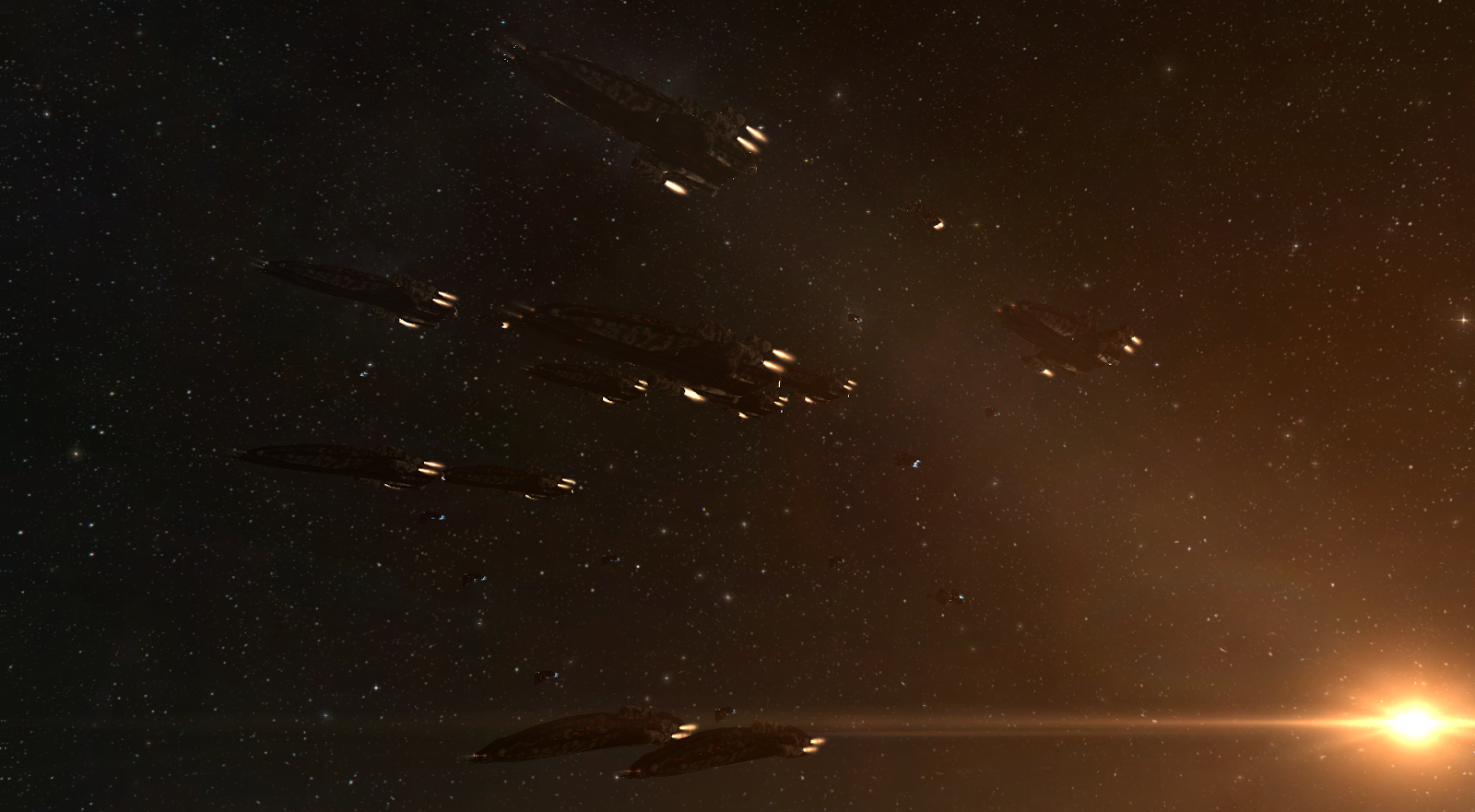 The warp speed bonus to angel ships really make a difference. It makes the in space speed feel a bit strange. I want it to feel like a battlecruiser  but it is still a battleship, if an agile one. Still, buzzing back to my drones was not the most fun I'd had. Burning away from them is such a habit. Moving is such a habit. I often find myself feeling a bit awkward and confused these days in larger hulls on the field. I expect, eventually, that will pass. I've done the same thing for a long while and new is often not easy.

As for battleships? I still don't know what to make of them. I've listened to so many people speak fondly of flying them and having true 'manly' brawls in them. I hear it referred to as 'real' fights. I've even had people come to me and suggested limited plexes that will only allow battlecruiser, T2 logistics, and battleships for 'proper fights'. I've always squinted at them and wondered if they were feeling unwell. After flying my Machariel I'm no closer to understanding. Maybe in the future.

Oddly, I feel exposed in a battleship. There is a lot of commitment to using it. Once the fight is on, its on.

The fleet did not result in a huge battle. A possible chance was just missed. The rest were a few random ships ganked as we passed by. Still, there is a bit of work rubbed off on the ship. Some time out in space flying something completely new. I'd never thought I'd be here but I also have to ask myself where is here? 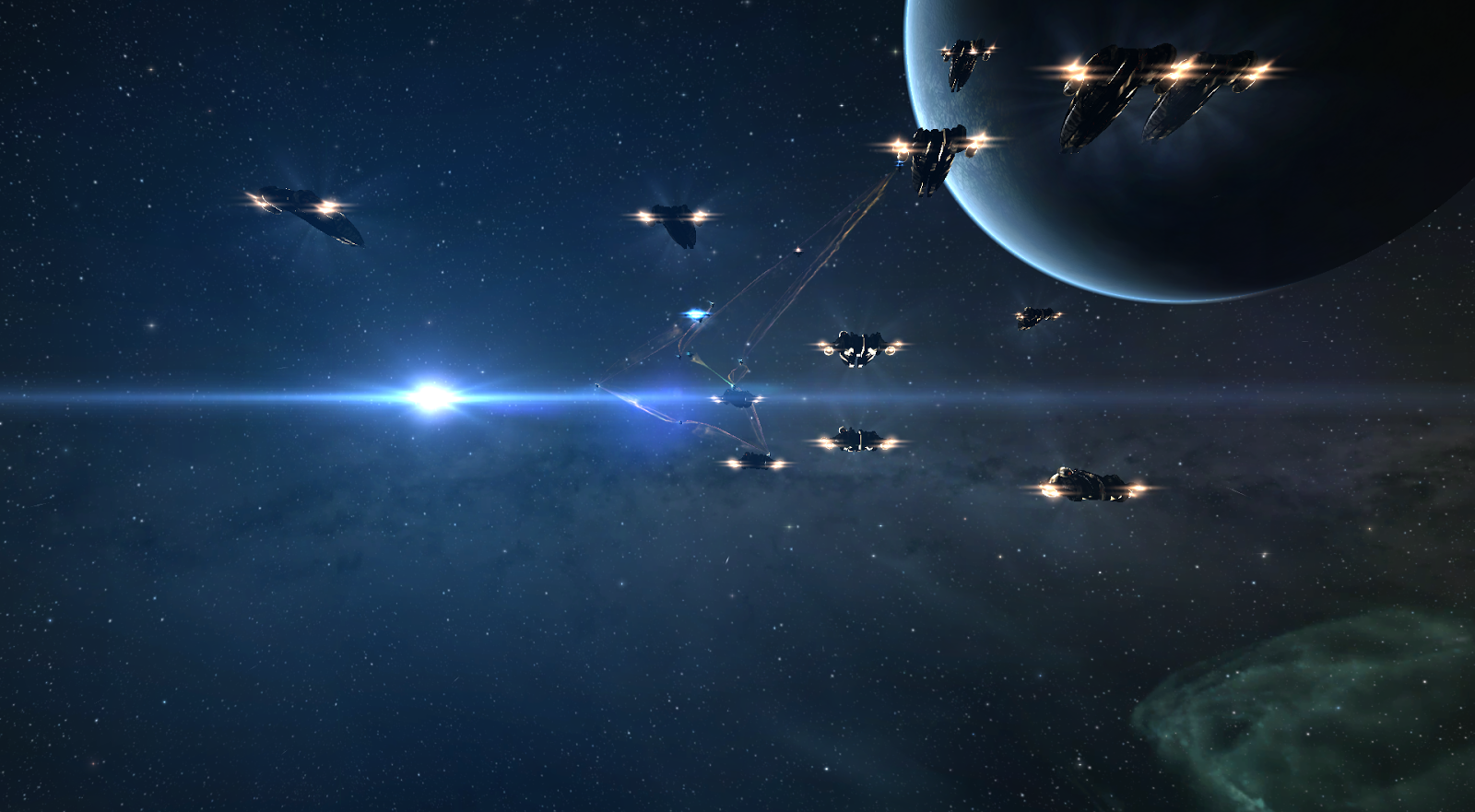