The Ore I Mine is Free

I noticed today that the price of Tritanium in Jita is just over 6 ISK a unit. Wow. When I started it was around two. Just in case I was having dreams of a past long remembered, I searched around and wandered upon Eve Market Data's price history graphs. With a few clicks I made it look as if I knew what I was doing.

The last price spike for Trit was Odyssey. That made sense because the material requirements were changing on a lot of ships. People were building now to save money and hopefully make money, later. It also somewhat explains the crash. There was a huge backlog of ships. Prices for many T1 hulls were depressed for quite a while.

I earned my first hundred million ISK mining my heart out in a poorly skilled retriever in Derelik. I never disliked mining. I quite enjoyed it. There was a time that I figured out how much ore I made per cycle. I did learn to do things that made more ISK and mining became a side project. I stopped it when ganking became a very popular thing. I just didn't want to lose a ship because of a gank. Plus, I was busy.

Now, I've come full circle. I am still busy but it is in a way that I can AFK mine. Instead of having that particular alt logged off I have her off on the corner, in a Skiff mining. I started a few weeks ago. I use the minerals to build various blueprints that I have on hand. It builds up nicely. I'll build a few hulls and feel good about myself. I enjoy it.

I know that I'm supposed to write how ashamed I am of mining and all that other stuff. I'm not. I like resource gathering. I have two accounts training into prospects an then those new low sec sites are mine. I've never understood why people attempt to convince me not to do it. I'd not be doing anything else with that alt or account. I'm not, not doing other things to mine. Mining is on top of all of those things so why shouldn't I do it?

Anyway, back to the topic. Trit may go back down. I am not sure that it will. With the reprocessing nerf racing towards us at full speed I expect to see the minerals go up. The above chart nicely shows the bump that mining gained when the drone minerals stopped dropping after the Inferno expansion.

Now with the reprocessing changes facing us and the industrial revamp with Crius the market is in major fluctuation.

I decided to build myself the Machariel's I mentioned the other day. I am going to assume the boys will cheer as I start accumulating billion ISK losses because it means I am out and about. My not undocking has become a bit more of a joke than I wish for it to be. I need to work at correcting that some.

But over in my third screen... 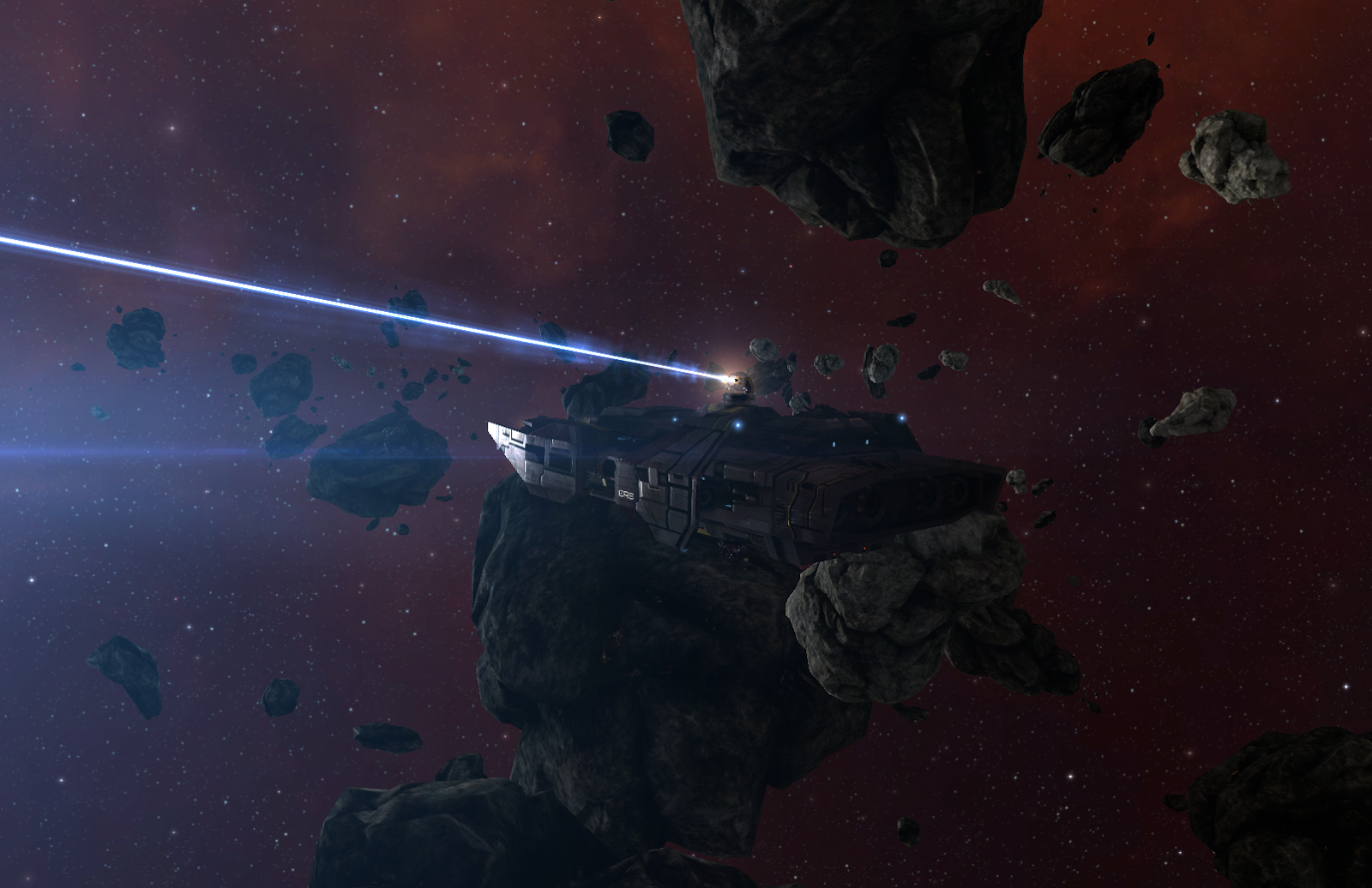 The actual title is "Why I am Mining Again" but I picked that one to poke Locke in the eye after our chat the other day.