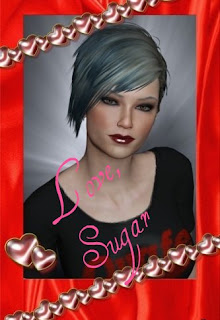 I managed to die a few times the other day.  The interesting part was that I received comments from two people that they had received Bounty notifications about my deaths.  Both people had placed bounties on my head.  For love and affection I have been told.  I am not bounty begging.  :P x10023 for anyone that thinks I am.  I am however amused that people are amused that they receive notifications when I explode.

Now you can track people you like with it.

Razor has amused himself endlessly with seeing random haulers lose their bounties to ganking.  That, I am sure, is providing much entertainment to many.  Now, however, it’s a certified stalking device.  Find out how often someone is turning into an explosion via a nice, neat notification from Concord.  Its not just for shiggles anymore.

I've not placed bounties on anyone.  I've barely made any ISK the last month and a half.  Spending it on the new bounty system is unappealing.  Yet, in general, the system seems to be a lot of fun for people.  It may not be in the ways that were expected, but the entire concept is a lot of fun and is sparking even more energetic reactions then expected.

The payouts are also funny.  Its amusing to get the random mail flashes as a fight goes down and the payouts happen.  I think my highest has been a mil and a half.  I've paid out 18mil of my 22 mil bounty between 2 ship loses to the people that killed me.  I hope people feel like they are getting their moneys worth.

There is still a lot of discussion on the whys of bounties.  Even in the new player discussion I read a thread where someone struggled over the concept of 'because' and wanted to pin it down into the neater lines of right and wrong and good and bad.  Even when you take away the fear people have when a bounty is placed on them, it is still not about right or wrong or good or bad.

Its about personal decisions and reasons.  Personal motivation does not wrap itself up neatly and tuck itself into another persons morality.  And its about opening up the thoughts.  The bounty system is a tool.  It may be a tool for Retribution according to CCP but for the rest of us, its another toy in the sand.
December 20, 2012