The last two months has been interesting. It is one of the first times in my life that I have been to busy to do extra things. I went to work and when I was not at work, I worked on my new house. Those days were often 12-14 hours long. When I went home, I also worked. There, I packed, cooked, or slept. Even my dogs started to wonder why I was no longer at home.

The interesting part was that the mountain of work that I had before me was so high that I could not see the effort and time that went into it. The only time I did was when I tried to schedule other things in and fell off track. After that, it was exhaustion and the misery that comes with it that made me wonder if I had failed in my task or if I was so worn out that I was no longer doing a good job of looking at the situation.

Last weekend we moved. The house is not done, but it is ready enough to move in. That has come with the next side effect of having to clean out our old home. Things of course went wrong and people have not participated in their tasks as they should have.

I thought of Eve. Sometimes it was because I was packing my Eve memories. From sculptures and trinkets to my Fanfest and Eve Vegas passes. I found notebooks from CSM meetings. I have a little stack of them. 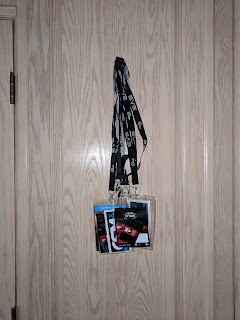 The time that I had to play Eve changed. When I first started, I was working a midnight shift. Then I changed to a day shift and my game changed as well. My time was different and what I could do inside of that time changed. The CSM came and in many ways it worked better with my time. I've lamented that going out and playing Eve became a struggle simply because prime time for the groups I ran with clashed with things like work, cooking, and sleeping.  I even horrified some by asking them to look at their home life and see who had more free time and who did not. Cooking a meal or two ate into hours of my free time each day. I am the only one in the house that cooks. But that thought went over poorly.

Yet, I know it is not me. I've watched peoples time ebb and flow. Even now, I hear my friends that still play struggle with time and suffer from guilt for not having enough for the game.

Time is a rather dense substance for how intangible it is.

My desktop has been off for a week. The moving problems mean my husbands servers are not on. This annoys him. The time problems mean we have not wired the house to the extent that it needs. This is frustrating. It will soon end. We will recover our time but I find myself wondering what would have happened to my Eve world and life if I was still active.

One of the most horrifying things I ever read was another blogger's anger that someone could not make it to a scheduled event. It was outside of Eve, but the venom in the response was unexpected. I take my gaming seriously. I take my commitments to people in my life, even if that life is only connected through my screen, seriously. Yet, sometimes one has to call out of work. Sometimes we cannot do what we wanted to do. Sometimes life hands us an opportunity that unsettles us.

I'd never want someone to skip an opportunity in their life for a social commitment to me. Maybe that comes from my want to be friends with those I play. Perhaps my relationship is not casual enough. It might be my lack of competitive nature as well.

But, I have finally reached an event in my life where I could not win, even with willpower, against time.