With no one for Sugar to talk to, I decided to crawl on and look at my alts. I started with Chella and was met with this amusing bit of history. 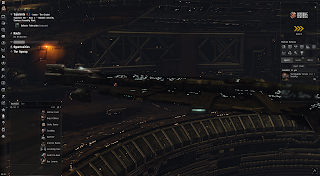 Snowflake! My Thanatos that has never been in battle. Purchased from across the galaxy for a rather low price when I was six months old. Diz jumped it back for me. My first, large purchase back in 2012. Vintage carrier. I was excited until: 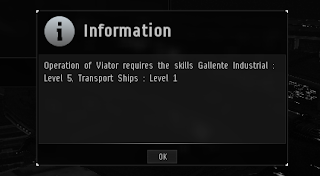 According to Eve's estimation catalog, Chella is worth 15 billion. I thought I had moved the ISK onto Sugar but it seems that no, I had not. She has 7 billion sitting in her wallet.

Oh yeah, I have another carrier sitting back in Molden Heath. A chimera. Never fit. Never flown.

Or to quote Celine Dion:

This is who I was. Maybe some of my confusion has been because Sugar might have been how I was known but Sugar's character was not who I was.

Anyway, Chella is an Alpha clone (if I got that right). I can't use my Viator which is really annoying. I can maybe use a jump clone. I think. But I will jump out of my implants. I did go through my skills and find ones she can train as is. The answer is a handful and most not injected. I had hoped for more exciting results.

I guess I can't sell things as an Alpha clone. I tried to list my isotopes for sale and the game smacked me and said no. I guess I will give in and use some of this PLEX that I earned a while back, activate Chella and get my Viator out of there as well as put those isotopes on the market. I think.
November 02, 2017