The master of some

Mark, over at Eve Travel (the font of all lore) said that he had shuttle mastery. Mark has been playing a very individual and fascinating game of Eve for a long time. He has skipped over the parts that some play and sunk deeply into the part that I wish was more in all of our faces.

He is also an adorable sweetheart.

He said on twitter that he had shuttle mastery. I automatically assumed that I did not. It turns out I am wrong. I, Sugar Kyle, am a master of the Minmatar Shuttle.

But that is not all!

I have also mastered assault frigates and interceptors.

I could giggle. Go me! 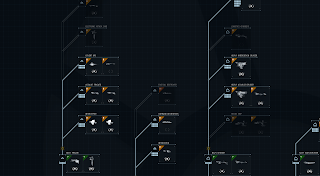