The flight was turbulent but smooth. I was amused by the rejection of the blanket that Iceland Air provides by the girl across the isle from me. She looked at it with complete disgust and dropped it onto the floor at her feet, horrified by it. I knew that would change as it got colder and sure enough, three hours in her capries and sleeveless, low cut top was not keeping her warm and she suddenly found some warmth in that blanket. I've always found it to be a cold flight but my decision to change my seat from a window to an isle was perfect. I had room and a general sense of physical comfort that I normally have not had. I was also on a new plane so my USB connection worked! That was great. However, the tablet wasn't responding and I was besieged with a bright glowing screen until the stewardess explained how to reboot it so that it would start working again.

Flying into the sunrise is very beautiful. The sky quickly shifts from black to warm pinks and pale purples and blues. We landed and I unloaded. My husband sent me a message saying hi. He had followed the flight and saw that I landed safetly. I had switched my sim to my Siminn. The flight had been delayed about twenty minutes on my side. I trotted through the airport. The airport is very, very long. Its a long ass walk from one end to another. This time, I brought a rolling backpack and used that to support my briefcase which also holds my laptop. It was blissful but man, I was super hot by the time I got to baggage claim.

As if it was waiting for me, my suitcase was on the belt. Its bright blue and I picked it up in Tokyo in 2011. Then off to find Sion and the Gray Line which is not the Fly Bus but does the same thing when it comes to getting you from the airport to town.

I should have known that was all much to painless. The gray line has a transfer. I was expecting a station like the flybus. Instead, I found us downtown in front of Harpa parked beside a smaller shuttle. We were just on the side of the road and the entire thing was strange. 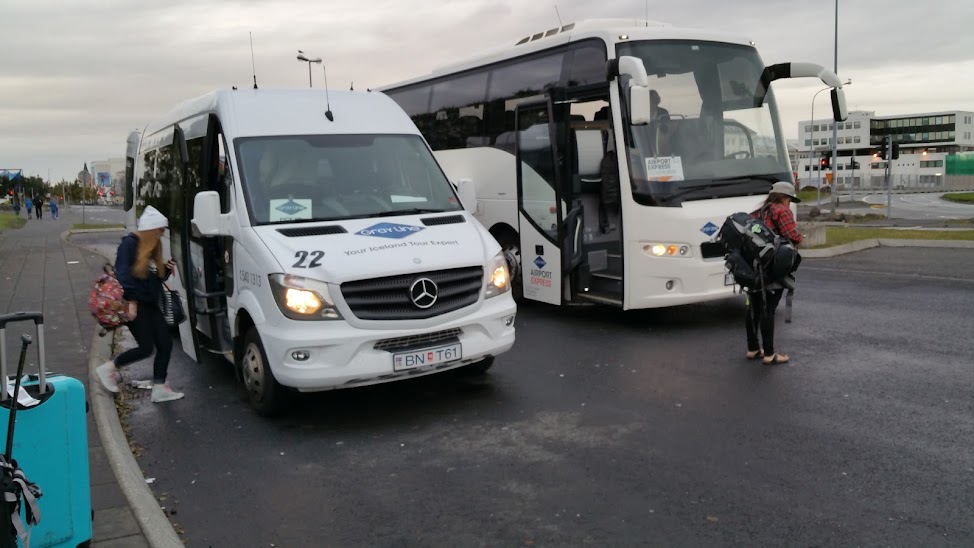 We were around two blocks from Center Hotel Plaza and Sion and I decided to just hoof it to the hotel. I snapped a photo of Harpa at 0700 and off we went.


Check in was painless. Center Hotel Plaza is a very pretty hotel with an ugly carpet. I was on the 8th floor which is nice and new. Once I peeked around the hallways to figure out the numbers I made it to my room which smells of paint and new carpet. However, what I thought was skanky retro carpet is in fact the hallway carpet of choice at the hotel. My room carpet is milder. I went and had breakfast with Sion. Or I tried to. You see, there is a stairwell beside my room. I figured I'd just run down it to the main level. That was the wrong thought. I should have known better when I opened the door and almost fell down the stairwell. There isn't even a landing. I should have known better. But, hell. I had just been dropped off on a street corner. Its a stairwell right? Yeah no. I should have turned back at the 5th floor when I saw the floors didn't have knobs on the stairwell side. And the steps and landings were full of items. But, I'm dumb. I wound up at a dumpster enclosed in a cage and another door that led into an unlit stairwell that ended in piles of chairs being stored at maybe the exit? I decided to hoof it back up and I had to climb all eight flights again. Oh, this is after my twenty minute wait for the elevator because it was ether full of house keeping carts or people without luggage pushed past me and filled the elevator when it wasn't full. So yes, by the time I got breakfast I was a bit worn out, over heated, and wondering what the hell.

Mike and Jayne arrived. I then went to nap for a few hours. After that, Corbexx and Sort arrived. We had lunch, talked, and walked around a bit. Eventually, we went to CCP's office and got our passes. This time the guest passes let us in the building. Before, we have always stood like waifs by the door scaring the employees until someone that recognizes us lets us in. Now we can go in, scare them ourselves, and find our conference room which is in a new place.

Cagali and Gorski also got in, as well as Steve. Endie got in super later, but I'm pretty sure that is all of us now.