I was watching some light, verbal sparing about low secs population. I grew up in Molden Heath and the big city of the Citadel is still odd to me. I've often been told that Molden is a dead back water. I figured that I was rather active and kept myself busy and obsessed with Eve so it could not have been but so bad.  But, I do have to admit that it is busier in Sujarento then it was in Bosena.

Busy does not make for better. Just different. What you do in each area of space changes with the population. I've never understood AFK cloaking because I am a low sec resident and I expect everyone in space with me to harm me unless they are my corporation or alliance. It makes undocking a judgement call where sometimes you lost things and sometimes you do not.

But space is not dead just because the pilots we may want to populate it, do not. Non-combatants may hide under the proverbial asteroid as the sleek hunter passes by. The hunter has nothing to hunt because the prey is alert and aware and seeks the deepest most empty voids to occupy. All space does not have to be inhabited equally for it to be inhabited. As I've lived in busier space I miss an area that is more quiet. Eve's a big game and some of us like going to live on the other side of the mountain without that meaning going to wormhole space. 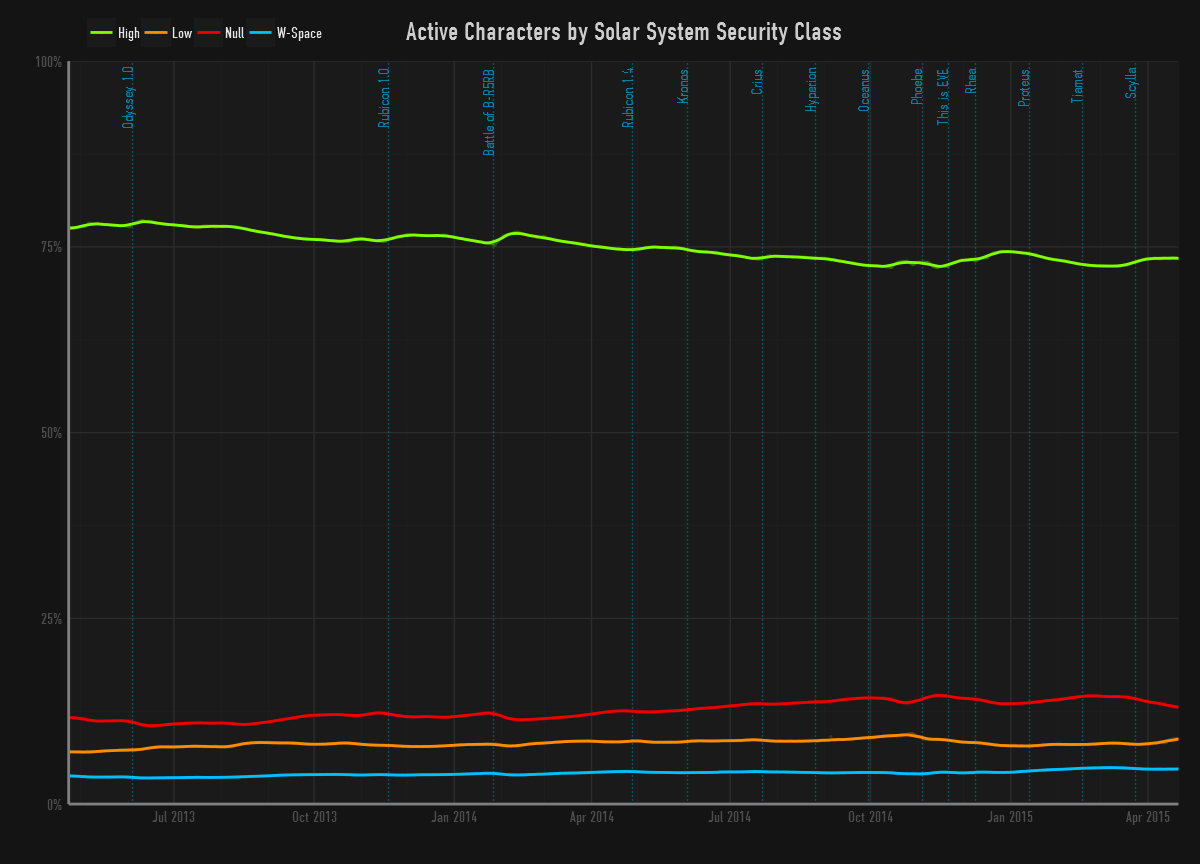 Gee then asked if it showed movement. CCP Quant responded with a relative change graph of active characters by solar system security class. 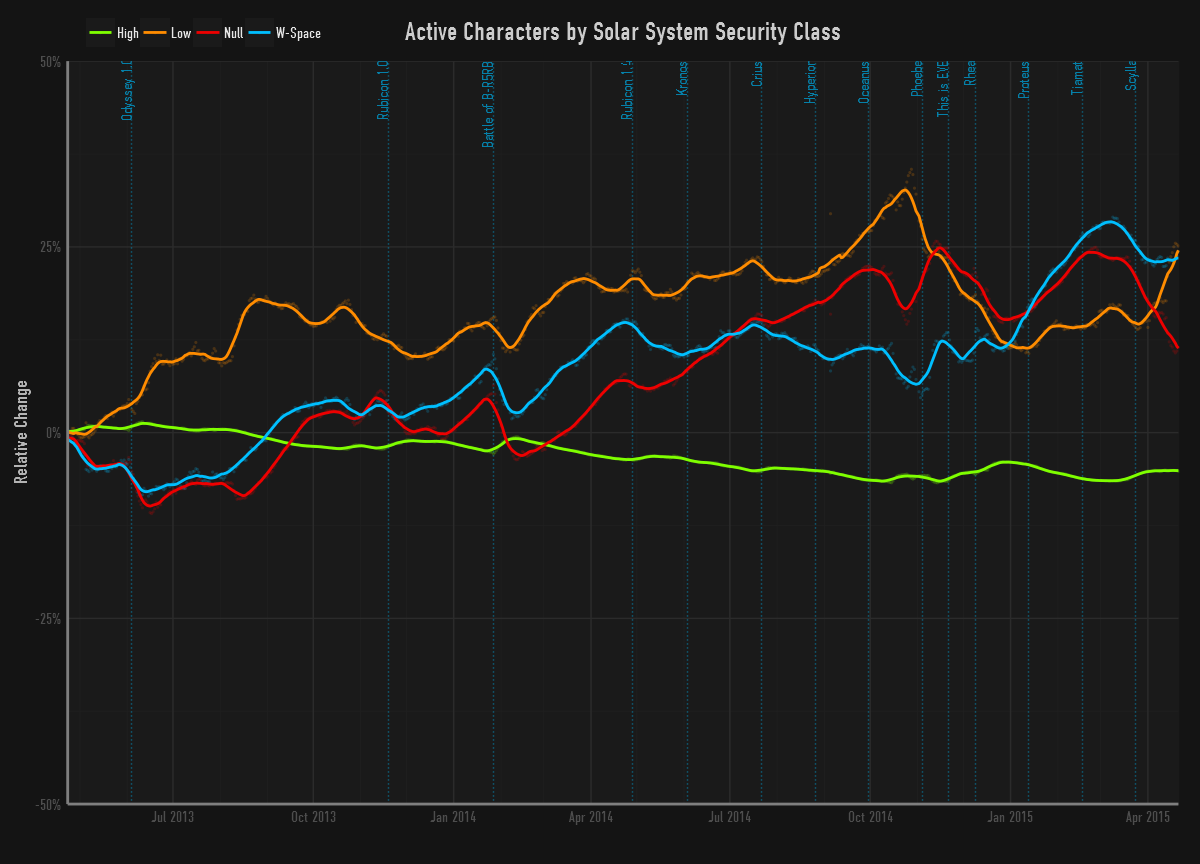 Mike Pegg asked if we could see a split of NPC Null and Sov Null. CCP Quant delivered. 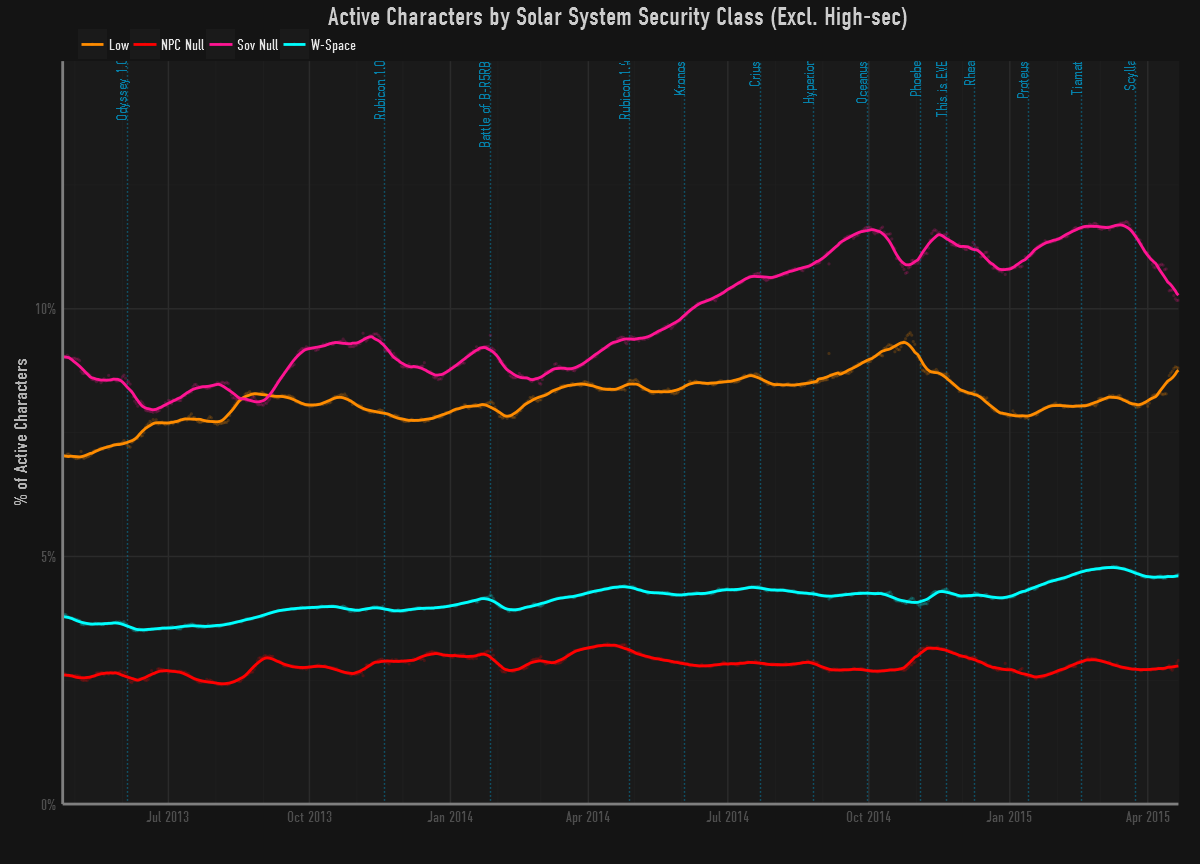 And then because he likes Corbexx more then me, he added one of w-space by class. 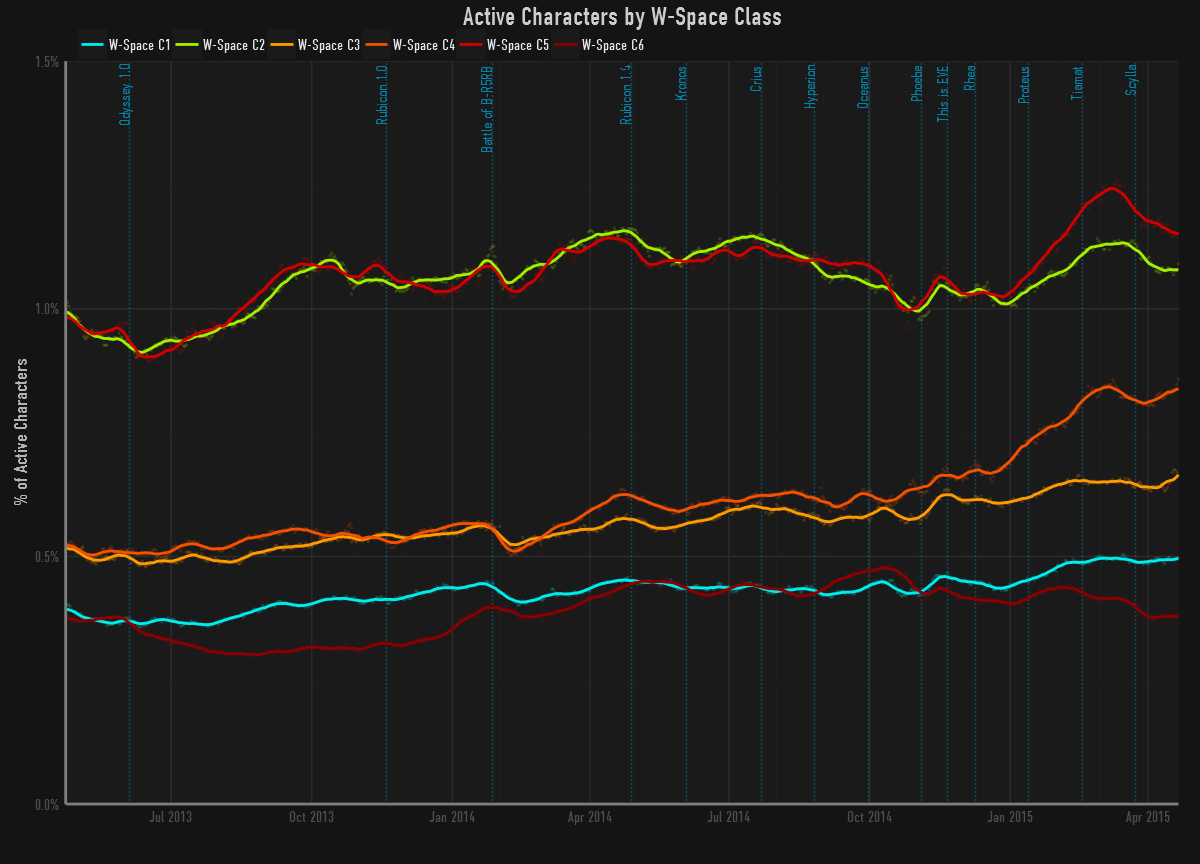 I asked for FW and non-FW warfare. How best should that be split up do you think? I'll write a request which I've been meaning to do anyway. Beyond that, while not as detailed as some would like it is interesting stuff.
April 22, 2015