There I was, hovering in space. The lurid golden green glow of the incursion was not making my day. The test server is supposed to be a place for fun and experimentation. Instead I was frustrated and committing insurance fraud and only after I had taken that little step into darkness I realized that I no longer lived in Molden Heath.

Let me explain in this incredibly image heavy post.


The ship skin system has come to Sisi. I decided to go and play with it some. To my joy, when I logged in, Sugar was offered the opportunity system. I plan to try it out this weekend. But mostly I was here to see the new SKIN system and play with it a bit. I've been fully behind it since CCP announced that they were going to give more customization options for ships last year. Seeing hte cycle come around to a more flexible and less awkward solution has been nice.

I was going to take pictures of everything and play with the system. However, there was an incursion in Sujarento that made space an awful murky color. I decided to hop over to high sec only my security status is -6. I figured I'd buy tags. But I ran out of money because the tags show up at their NPC buy price and Sugar only has about thirty million ISK. So, I decided to self destruct a Mega for insurance, but as it exploded I remembered that I don't live in Molden Heath anymore and I have no idea where the nearest Concord station was.

I decided to go to the test system and try again. Every time I come to 6-CZ49 I blink at the random stack of ammunition nad guns in my hangar. Then I remember that I dumped items on one of tehse stations a long time ago during a deployment to Solitude with 7-2. It's just sitting out here, puzzling me every time I'm on the test server.

First word of warning before I hit the skin system. Tiericde has hit damage control units in two ways. One, they are changed. Two, they are no longer the beloved brown briefcase. 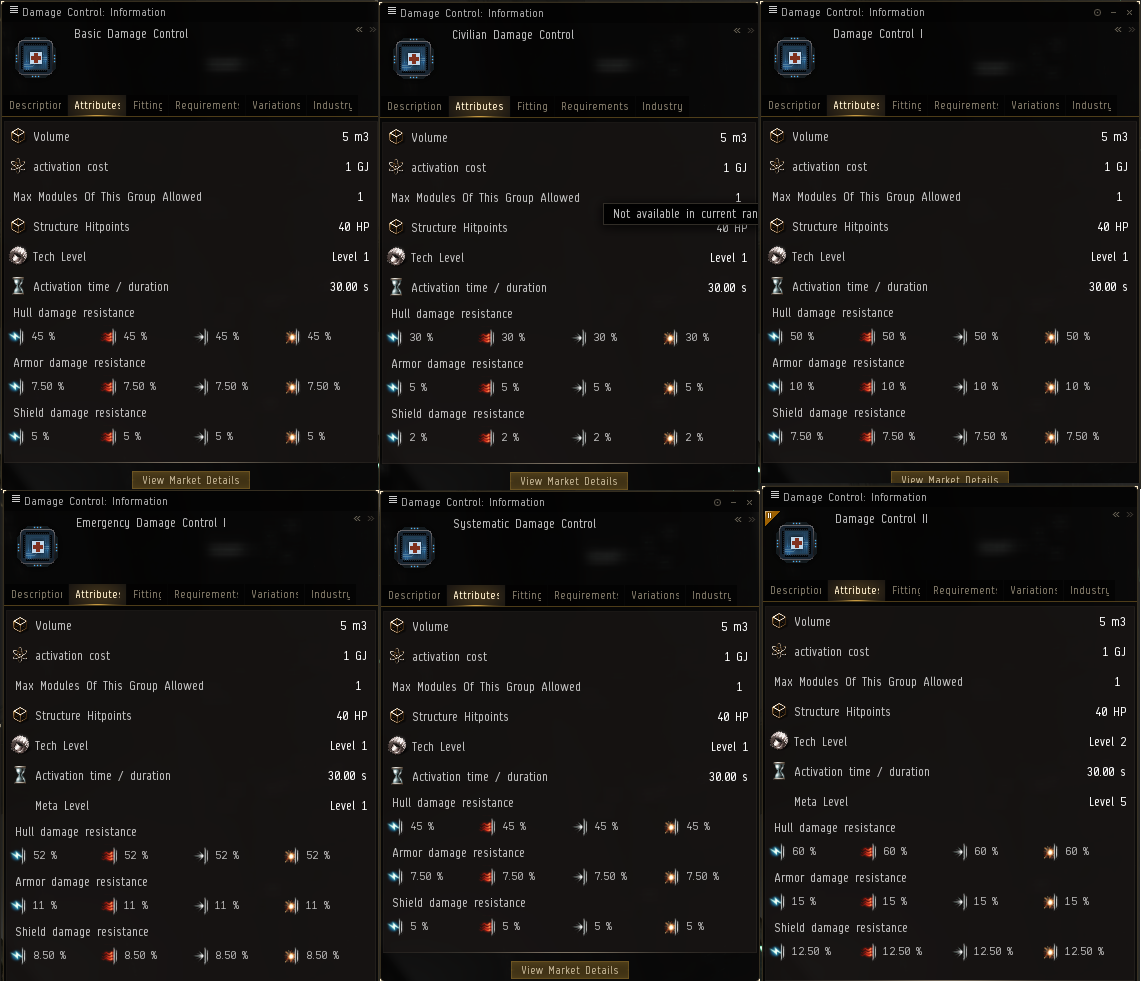 The first thing is that your skins will be on the left hand side of your fitting window. You expand it and it shows you your licenses. 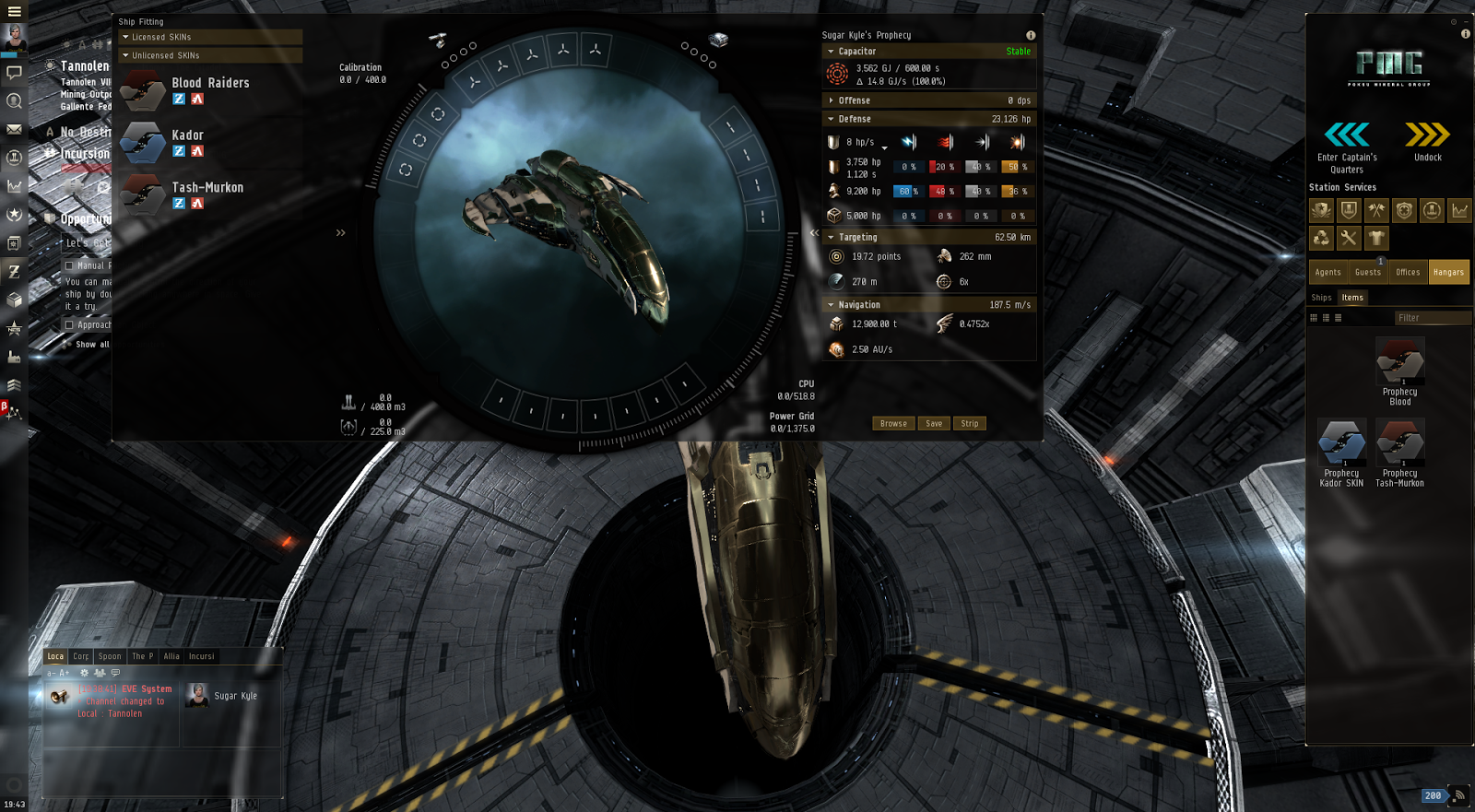 Then you go to your skins in your hangar and right click to active them. 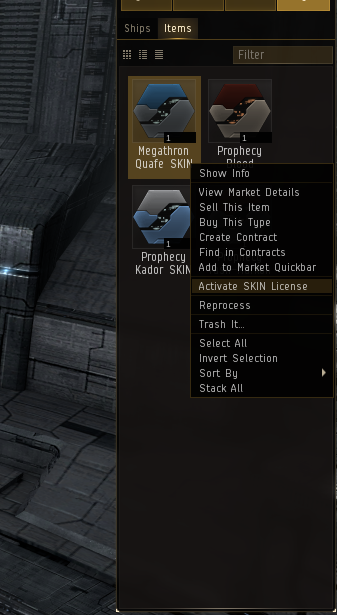 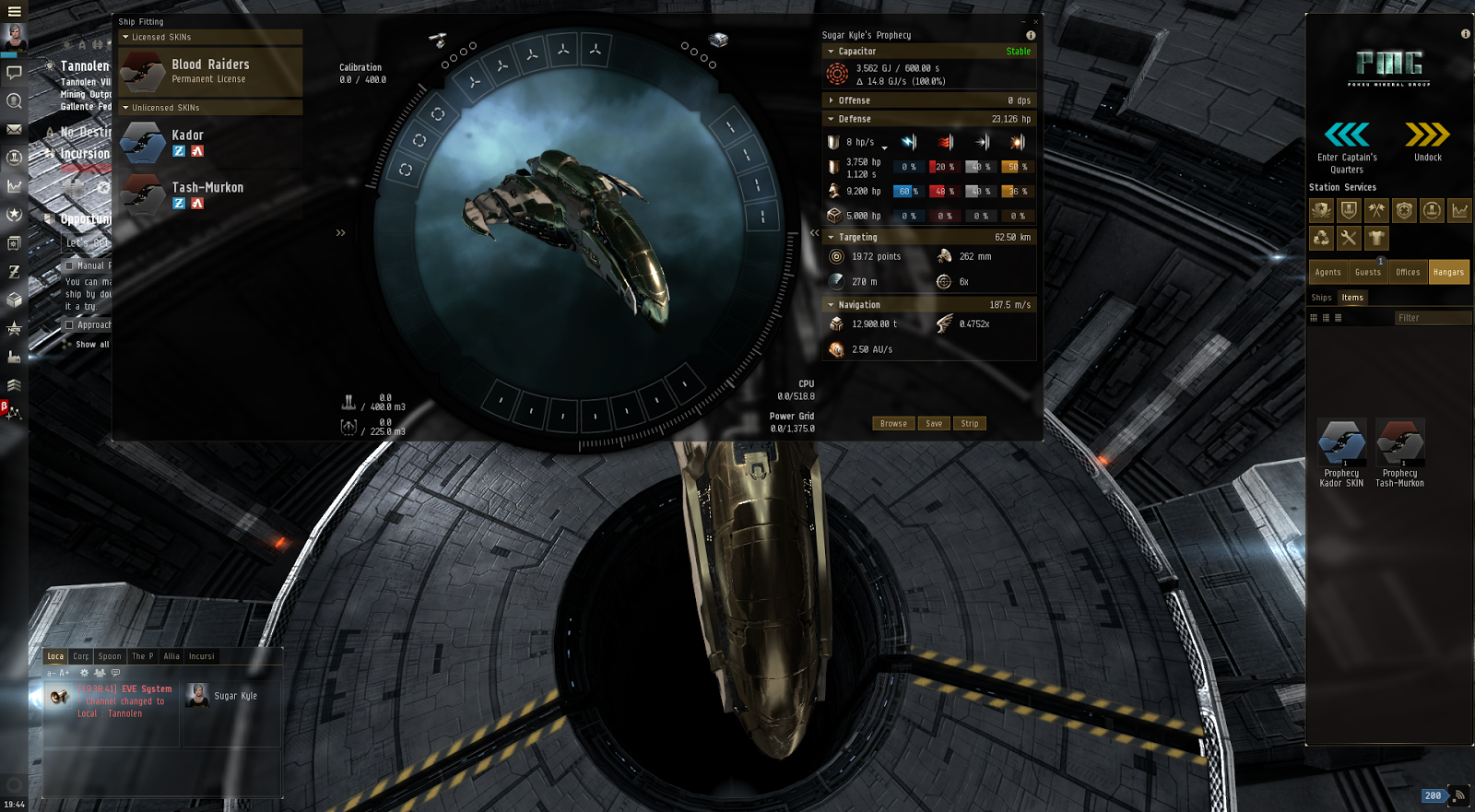 Then just click and your ship instantly changes to its new skin while in the hangar. But what about in space? Well, I headed out to play with the colors. I still have to select through my fitting window but the ship changes color in space. The animation takes about a second to start and then it crawls across the ship changing it from its current color, be that normal or special, to the new one. Also, it doesn't seem to change the name of the ship on the overview. My Prophecy stayed a Prophecy the entire time. 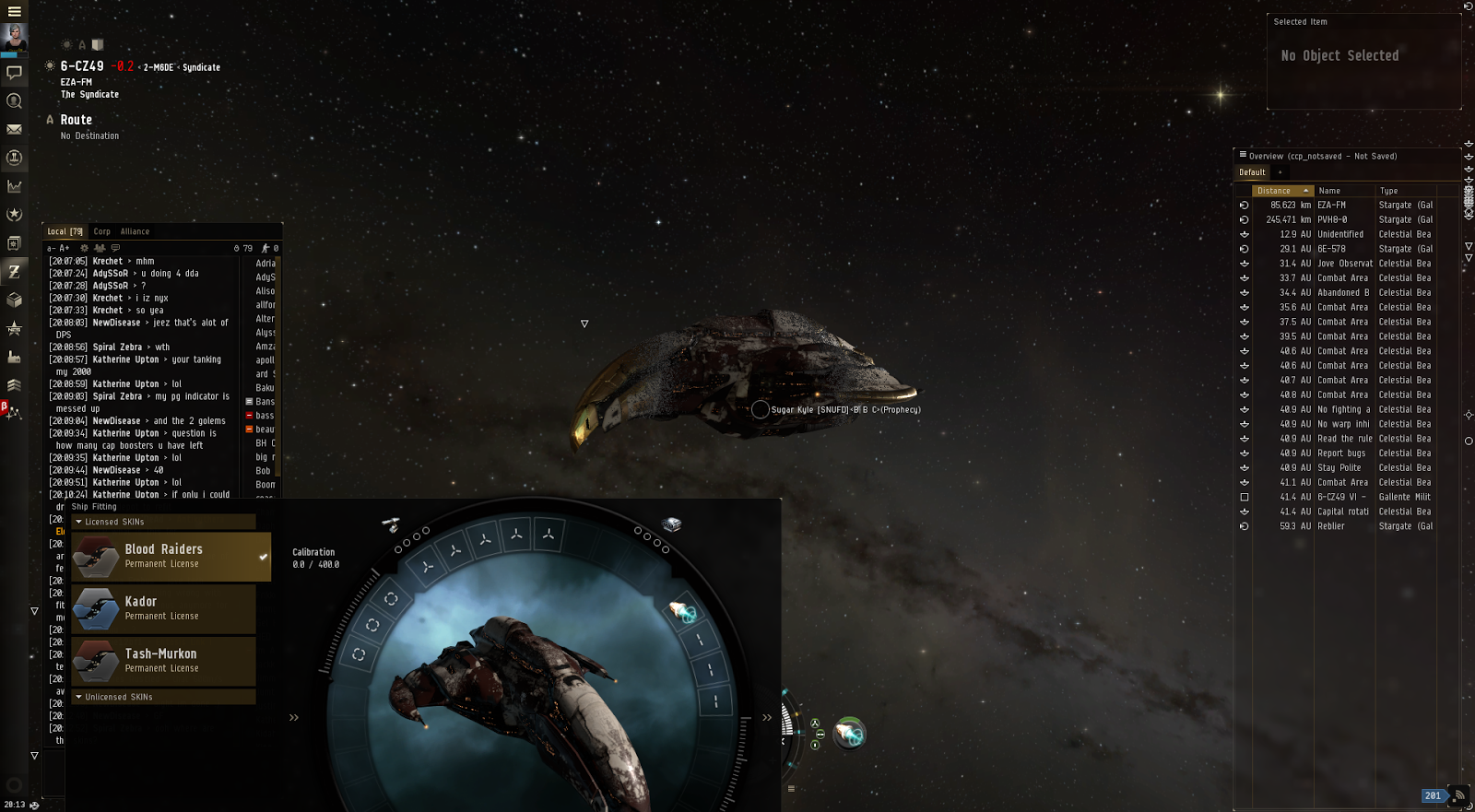 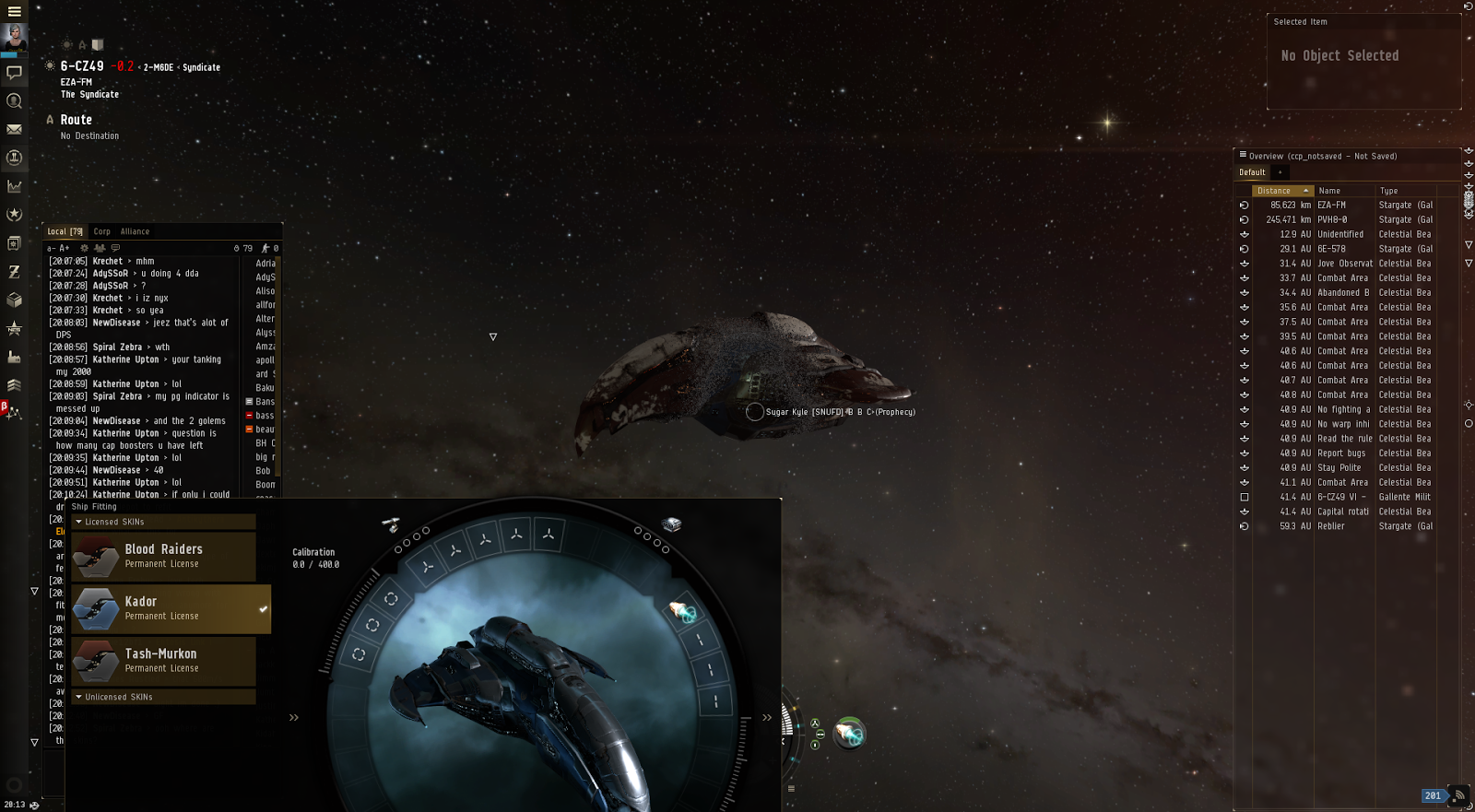 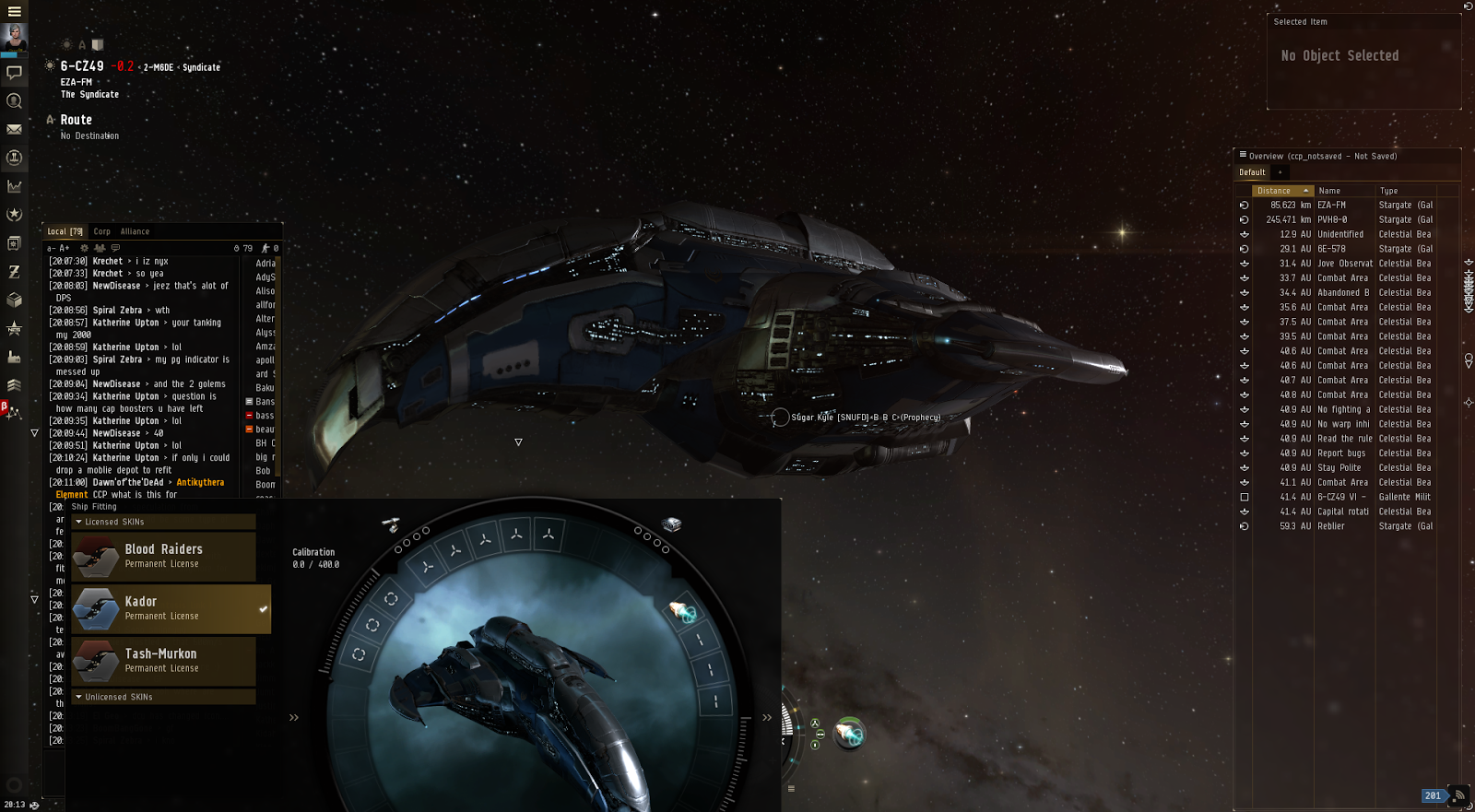 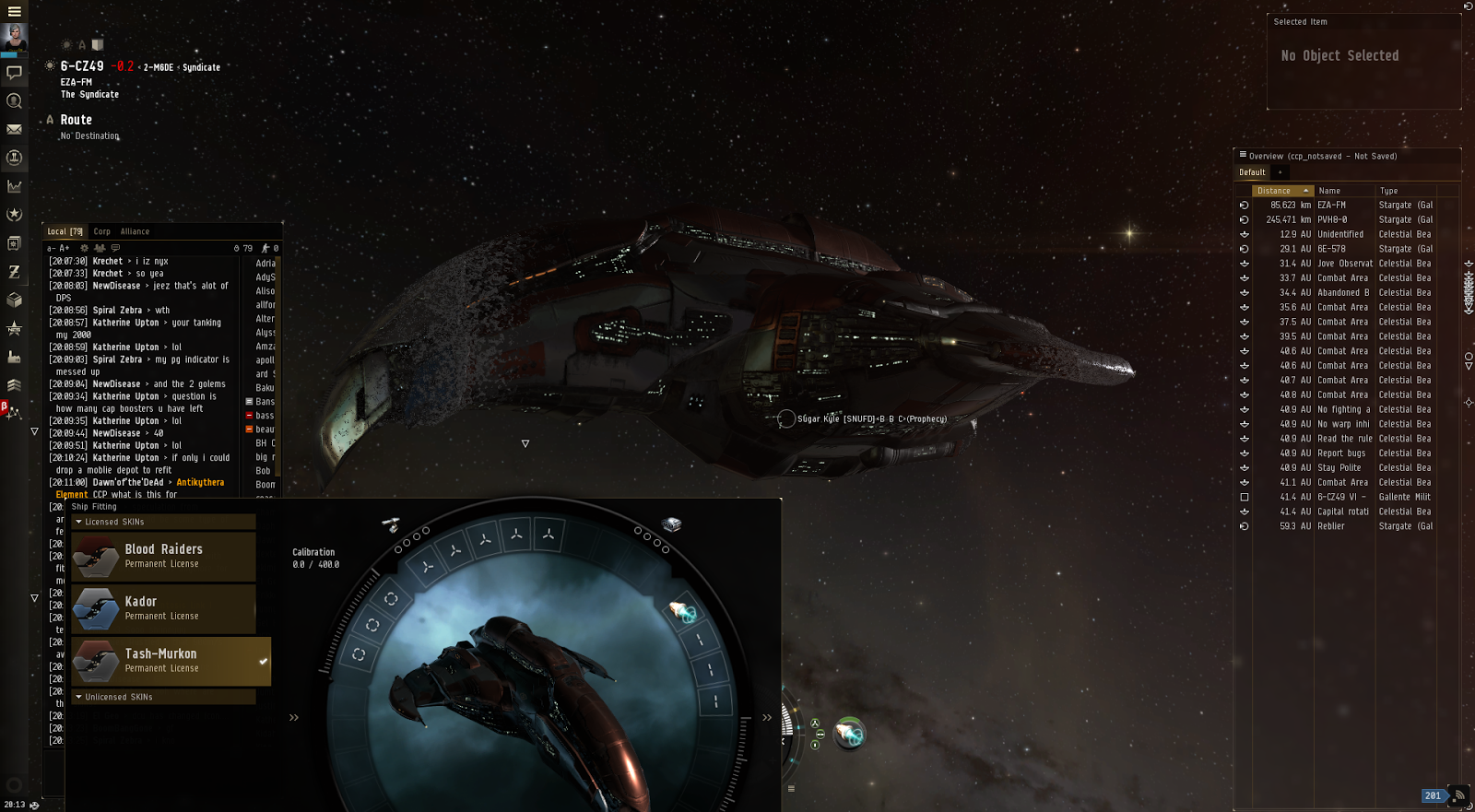 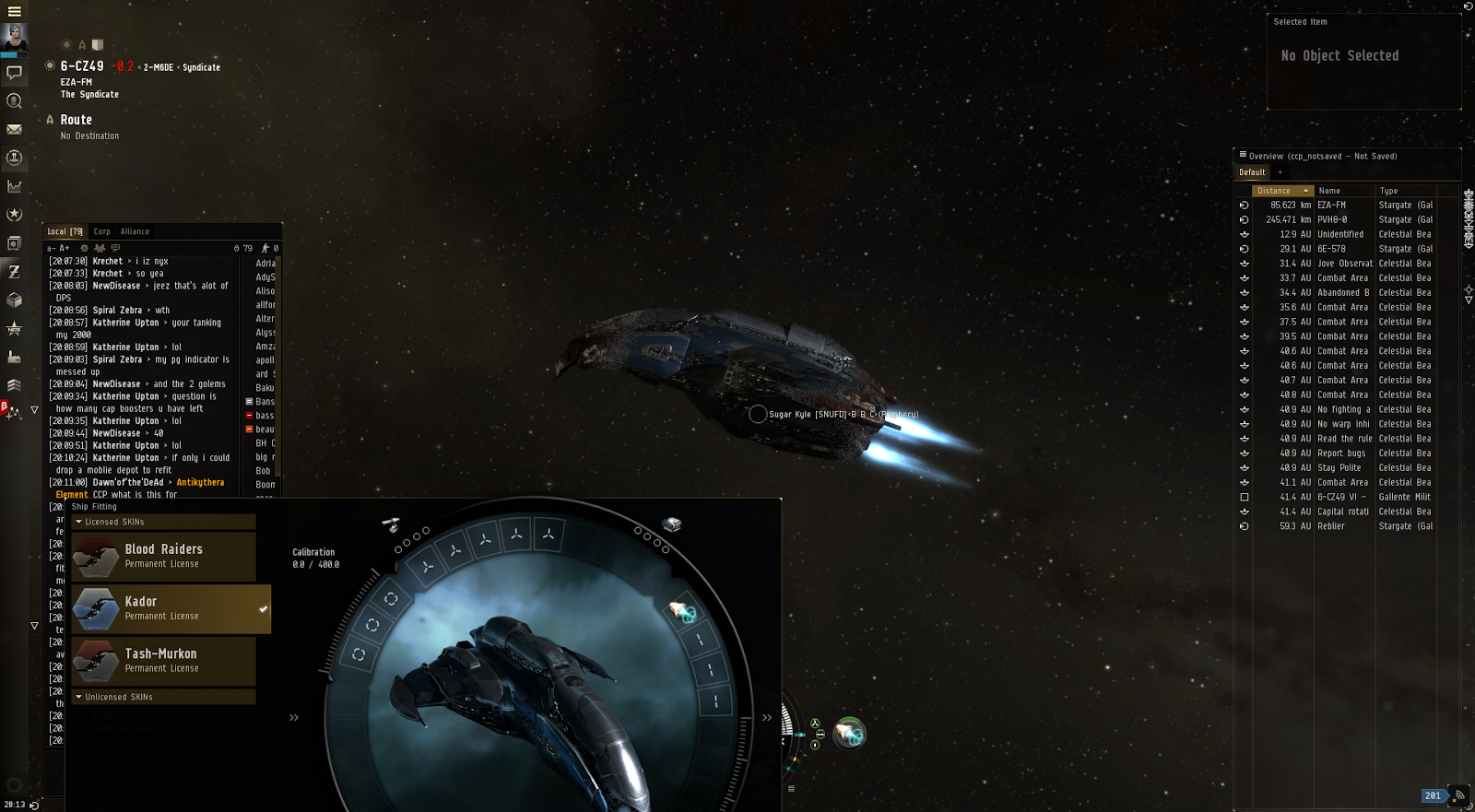 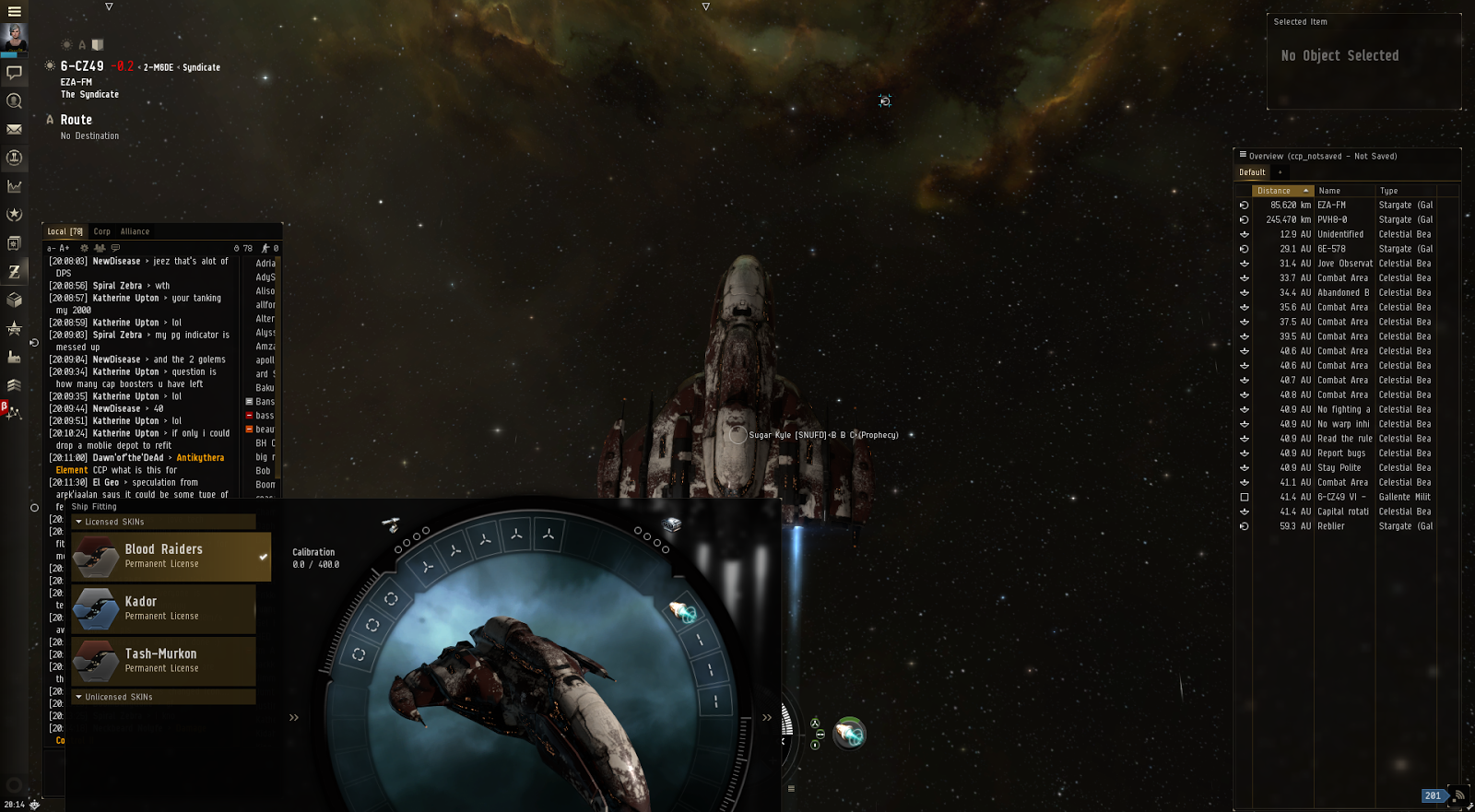 For bonus images, here is a skinned Avatar being crawled on by skinned Aeons. There are some carriers undocking and changing their skins as well. So yes, you can absolutely see other peoples changes. Everything ran smoothly for me on the mess of the undock. 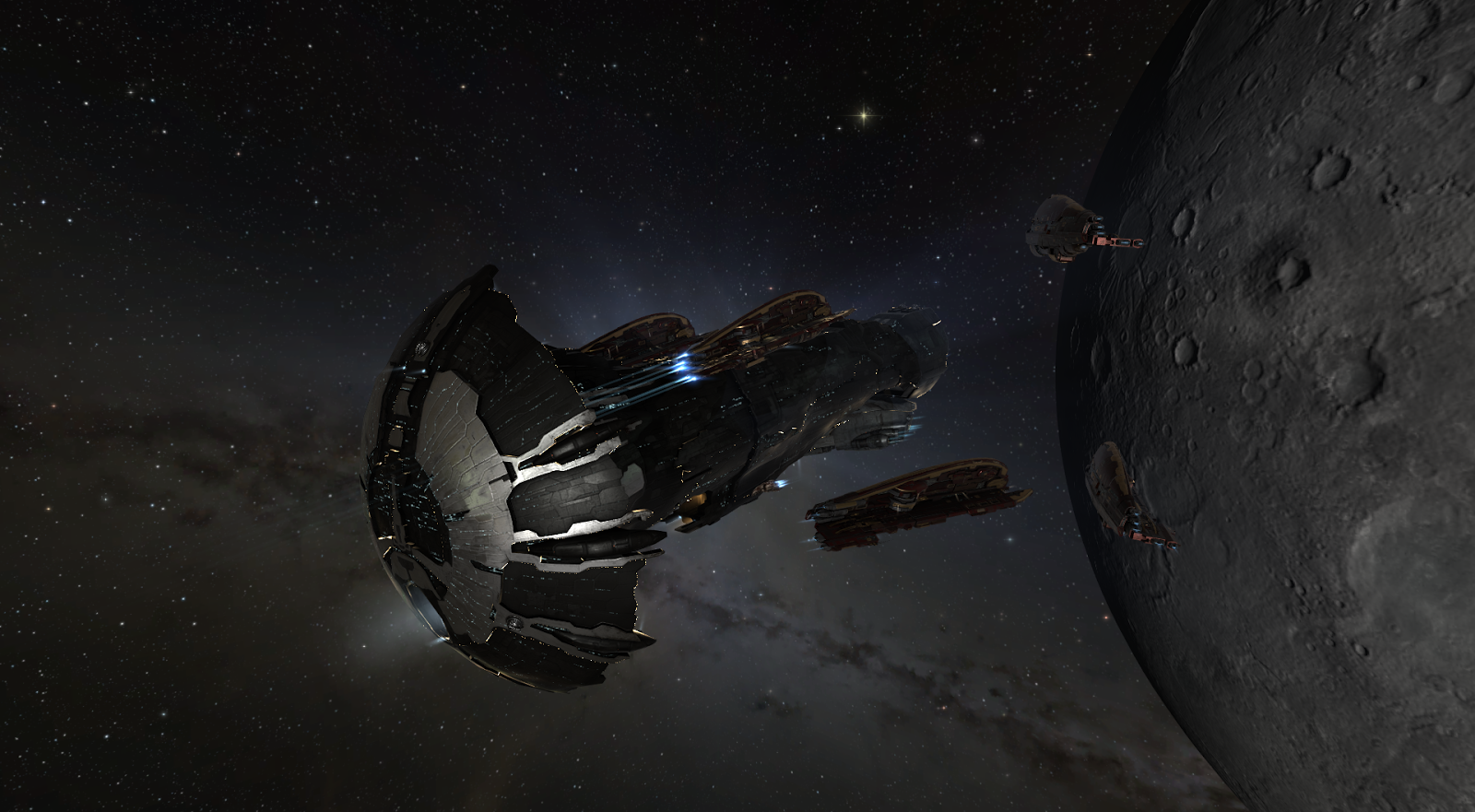 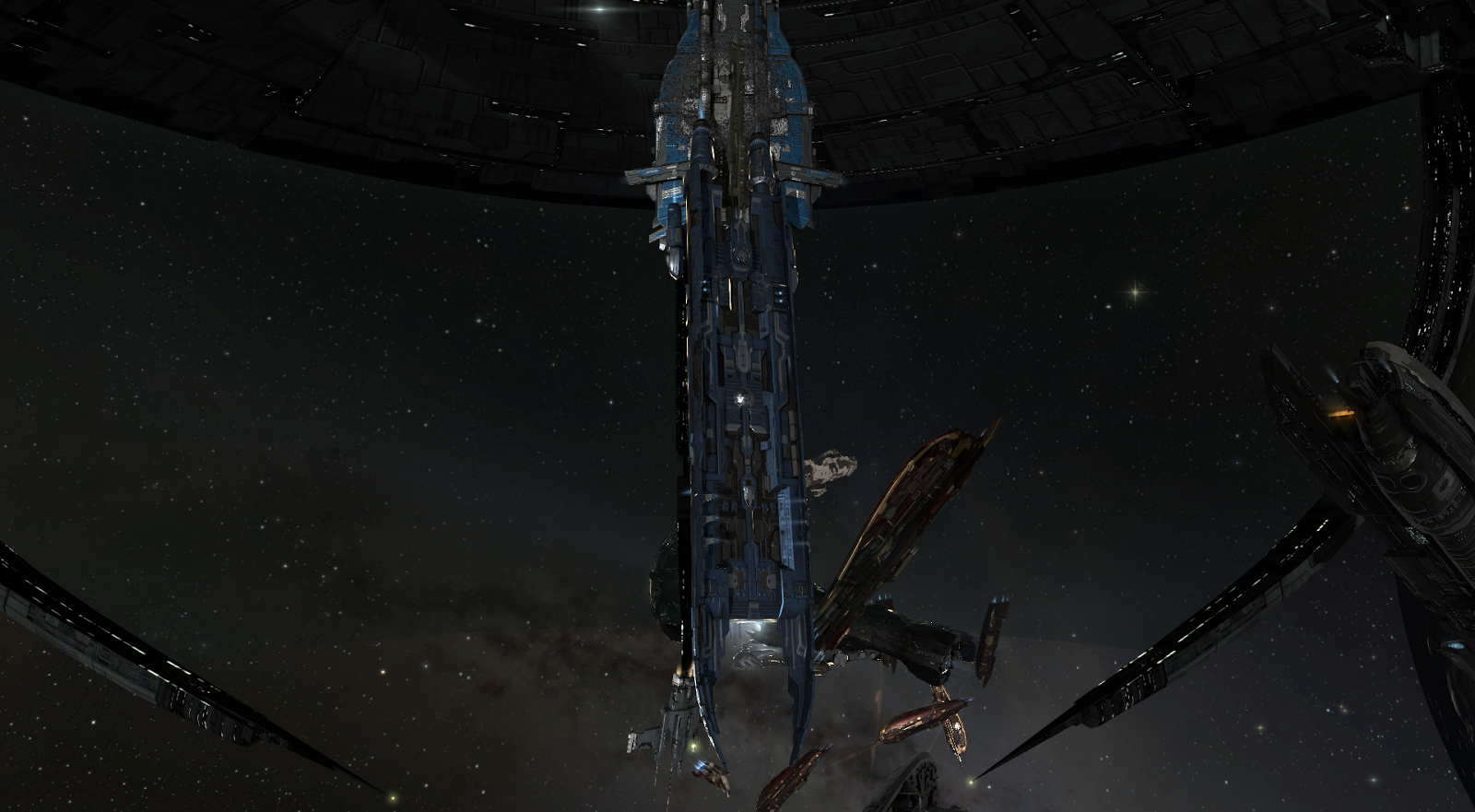 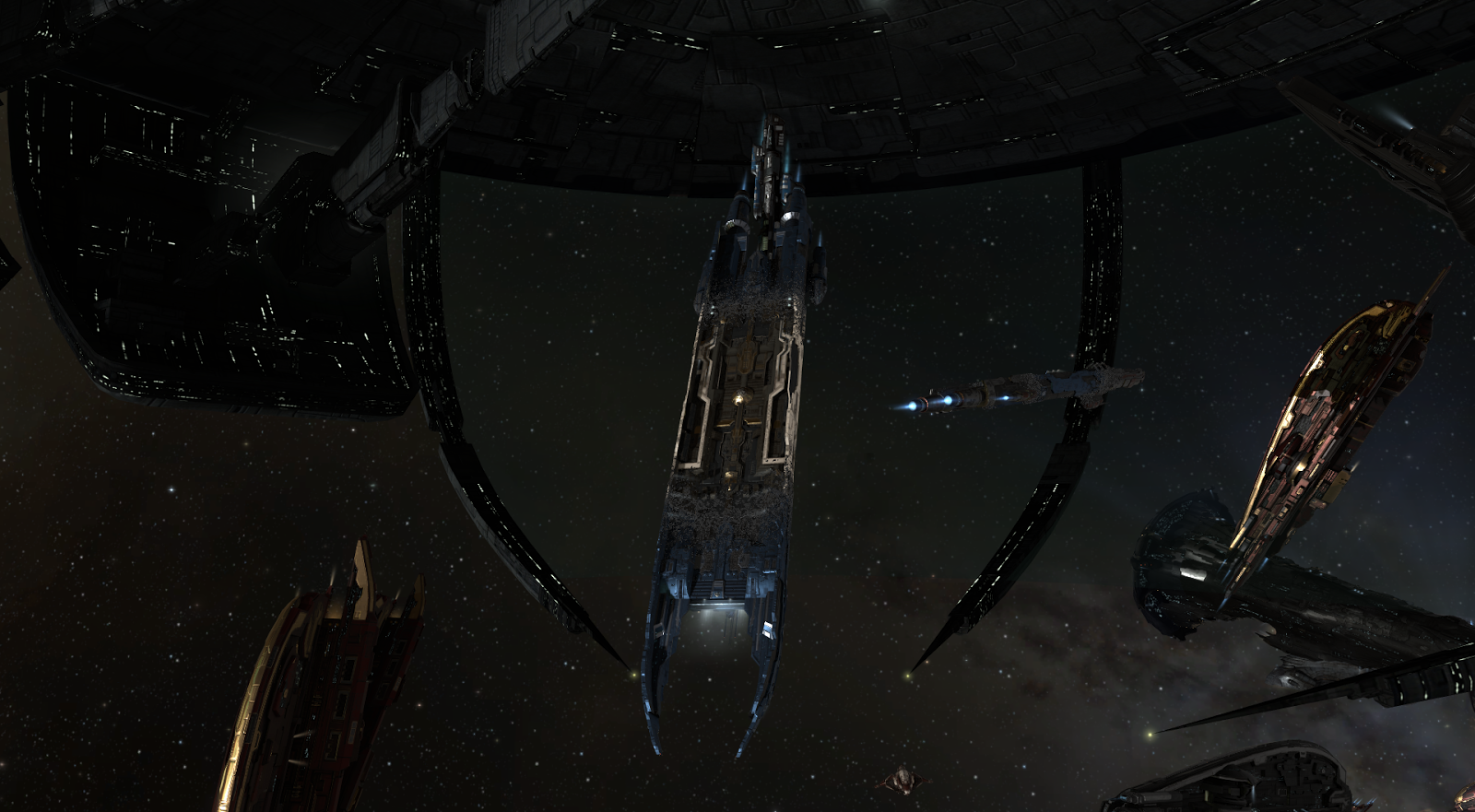