The latest User Interface development blog was released by CCP Arrow. I have an incredible amount fo respect for CCP Arrow and how he handles himself and his job. Back when the Unified Inventory was changed I was still a new player and the change went over poorly. Being new made the change easy for me but hard for everyone else. It did not help that it came out in an incomplete state that lacked much of the basic, daily usage needs and support for the players.

CCP Arrow took ownership of that. I had a lot of respect for him admitting that it was not what it should have been and that he kept working on it until the functionality started to return. I learned a lot about player reaction to change and incomplete design during that time. Later that year, I listened to him present at Eve Vegas 2012. He was ambitious with his hopes for the UI. That story is not the one that we are at now but it is interesting to be here almost three years later and at this phase of the UI changes. 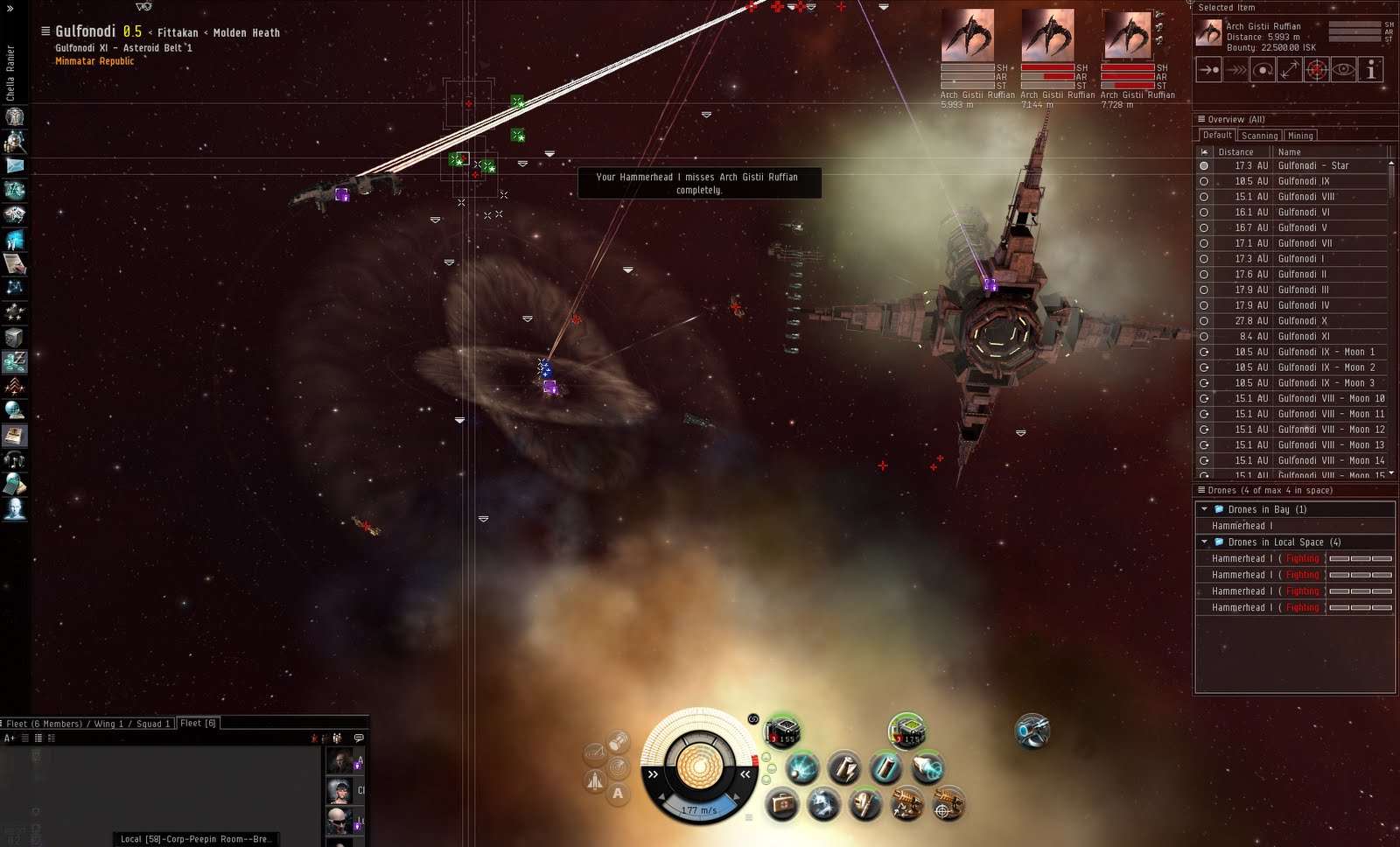 Not so very long ago I was very new. I had no idea my overview had settings. Torpedo explosions were glorious waves and energy that expanded out from the ship. The Ui was colorful. When player ships exploded it was the most gorgeous blue flash. Drones didn't show up purple when they were in fleet and NPCs were red crosses.

Over time we have lost the blue explosions that defined player ship loss. Torpedo's are boring as hell to look at. I guess missile trails replaced their glorious effects. I also learned what an over view was. And red crosses meant NPC ships. Don't worry that I'm old and bitter. For attack battlecruisers, then known as tier three existed and the Noctis was still my most flown ship. I'm not that far back or anything.

Now we're going to lose that lingo. Red crosses. It is a strange thing and absolutely unimportant. There is no real loss. Maybe we will call them red triangles or bing cherries. I don't know.

The discussion about the icons is another one. I'm not sure if the tiny symbols will be enough and I have large screens. I know that pattern recolonization will work for us. Its how our minds work, but I worry that they are not different enough. However, red and white crosses are not different from each other as well.

That will be a later debate. There is already discussion. Likes. Dislikes. It will all filter into change and the future. But behind us lays a little grave of a familiar icon that defined the simplest and earliest aspects of playing Eve.