As Productive as Frozen Molasses

I logged into Eve Mentat and received a notification that it had been 11 days since I last updated it. Eep. I logged in my Jita alt and my cyno alts and got my jump freighter out of low sec and into high sec to stage. Next, I leaned over and peeped into the corporate wallet to find seven billion ISK sitting in there. Not bad, not bad. Seven billion worth of stuff sold over the last eleven days. I've been draining that wallet dry.

The good news is that both small Scorch and Dragoons were on this list. That decreases my massive small Scorch typoed to years ago pile further and takes the next step in sending my accidental Dragoon army out to battle. It means a lot of jumps and a lot of contracting. It is good activity for someone as tired as I am today and gives me a head start on gearing my activity levels back up.

I wound up failing at this. I was to damn tired. I started the task around 0900 and at 2100 I was just doing my first cyno jump. I'd been moving like molasses all day and letting other things distract me.

I often discuss that as seriously as I take things like my market, I consider myself to be a somewhat casual player by Eve standards. But casual does not fix. I'm not really a casual gamer when it comes to time and commitment. I'm also serious but I may not be serious by Eve standards. I feel the desire to make some new, useless hybrid of words to describe something that doesn't need to be described.

Mostly, I was thinking about this post over at Lost in Eve where he discusses being a completionest. I'm not a completionist. I've finished few games that I've started playing. I'll play for hours, months, years, and rarely ever finish a game because finishing the game has very little meaning to me. I can read the spoilers of a story or movie because my enjoyment comes from the reading or watching of something not the ending. It is one of the reasons that I struggle with the concept of an achievement system. I am not motivated by something just because its there or someone challenges me to do it. "Go fight three wolves with a cheese stick!" the game might command me. I'll just nod and go eat my cheese stick and walk down the road to admire the grass.

It was a good post and made me feel like a slacker. I've never opened my star map to see where I have been in the game. So, after I write this sentence I shall do so. 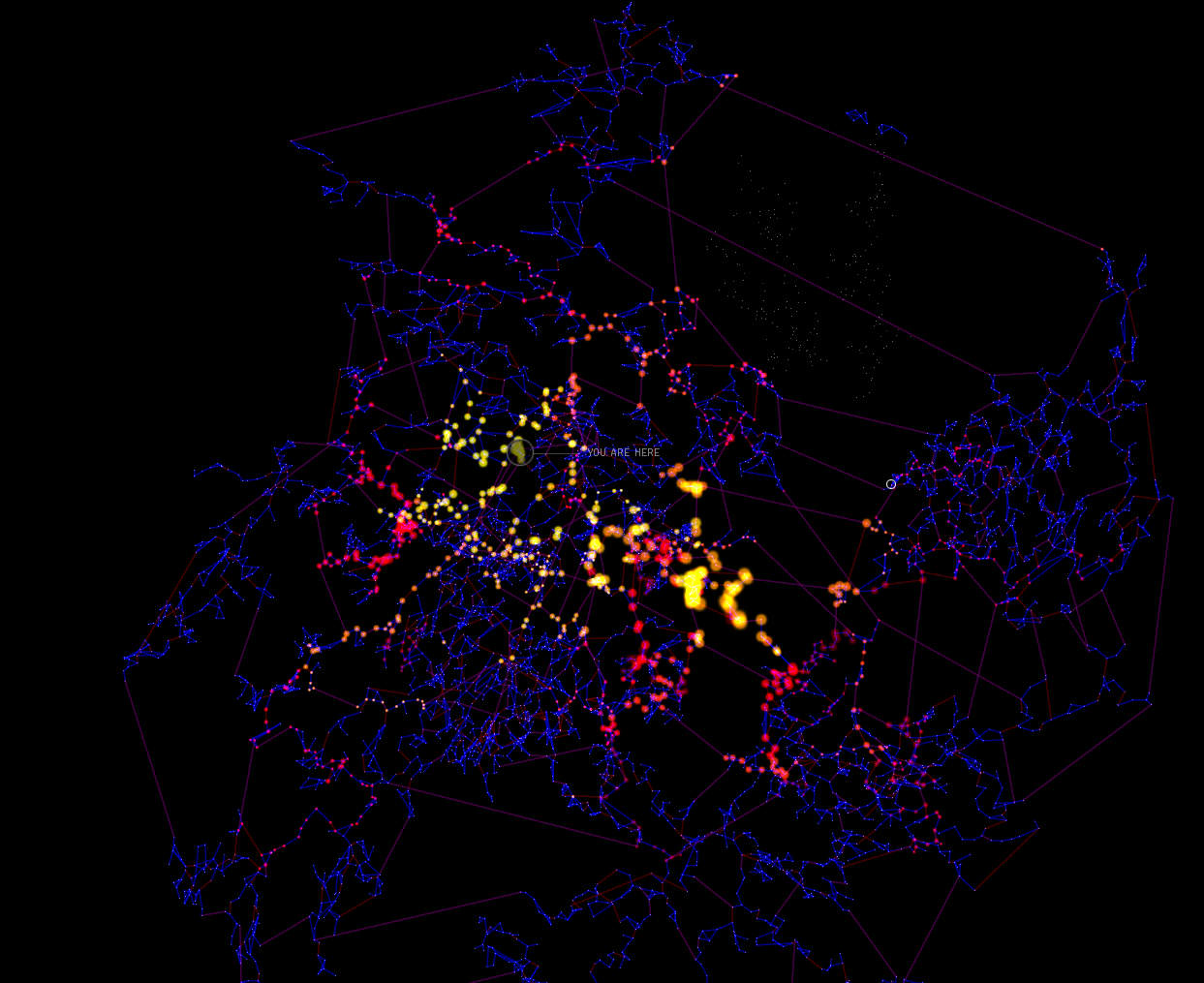 I don't have any resolutions about what I will do with said new knowledge. I've never been to the south of Eve. I just cut it off because it had nothing. Null sec is very much not my area of adventure and I am a home body.

A very tired homebody that accomplished very little today. I did get almost everything I needed jumped in at the end. Almost.