Production: The Other Side of Distruction Somewhere in the middle of this green box is a small area in the center of the arrows that you right click on to get this secondary menu which is not the main menu when you right click in space. Trying to explain to Wex how to find this box was me going, "So in the green box there are arrows and you right click inside of those arrows kind of because somewhere in there is the secondary menu. It is there. I promise." I wondered if I was making it harder by not using the anchor option on the POS management screen. I was sure that was general usage and I was correct it did not anchor them in space. Back to finding the box.

About three and a half minutes in Wex hated the interface. I felt bad. But, this is the sad reality of current POS management. My first POS was put up two and a half years ago and I was a tearful mess by the time Razor logged in to explain to me how to make my production lines work by clicking on things that I didn't know where buttons and dragging them around to places I didn't know needed buttons dragged.

I felt bad shattering Wex's reality of the POS interface. It is another one of those things that you learn to use and once you use it you are quite effective I've put up and taken down my share of towers over the years. Normally my own. Trying to coordinate and teach someone how to do it was harder then I expected. I had learned on my own and verbalizing what was a mixture of muscle memory and the end product of failures into understanding was hard and I found myself stuttering.

But, I will discuss adult learning and teaching people in another post. For now, I'm very pleased with being at the point of frustrating Wex.


I've been building a capital here and there for people with plans to build to my own needs. I've been watching the decisions people are making with capital purchuses. It used to be that you would travel across Eve to save fifty million. Now that is a day trip or two and local production has started to matter more. Wex proposed we start building for the corporation and with the booster manufacturers really not building I could do that too...

Why not? I love these types of projects. That industrialist focused newbie never went away. I checked out Sujarento on dotlan and noticed that we had a moon that would pretty much pay for the POS fuel in raw moon goo. The only problem was that someone else had a tower there.

That was a small problem. 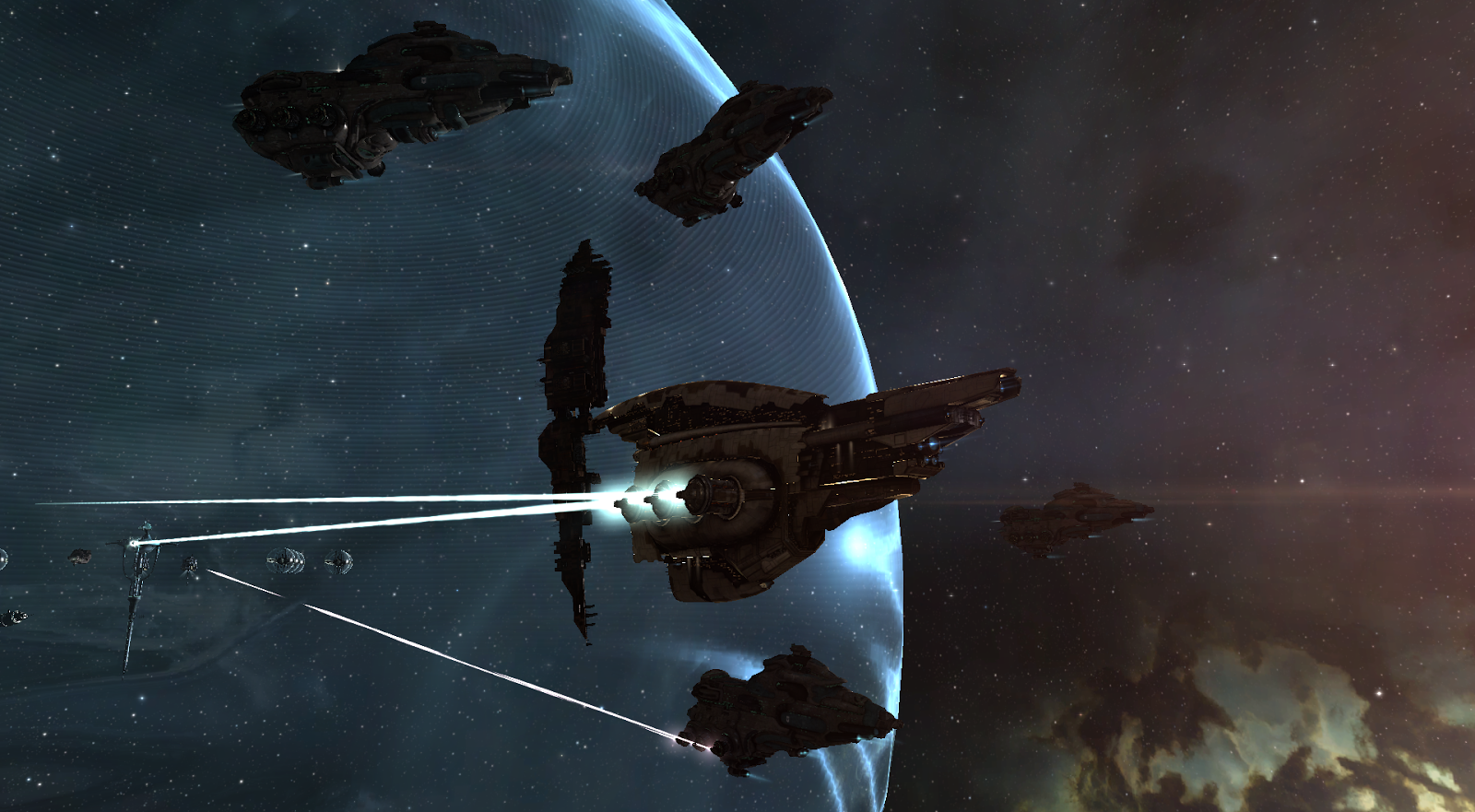 I did have to alarm clock this op. It fell on a day off and sometimes I enjoy sleeping after 0900. However, I couldn't not show up for my own POS take down op. I got up, made breakfast and got everything together. It was a quick take down, the new tower was anchored and I started Wex down the path of misery.

I am buzzing with excitement to be doing production on this scale again. I get to play with Thukker arrays. Something I advocated for low sec Capitol production. This is casual gameplay for me. Puttering about mixing my things, building my blue prints and creating stuff energizes me.