A Look at the History of Expansions - Part Eighteen

A Look at the History of Expansions 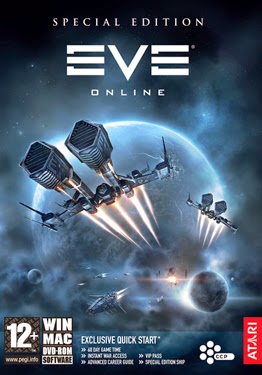 It is March of 2009 and CCP has just launched one of their most ambitious and game changing expansions, Apocrypha. Apocrypha has several interesting things about that that are clearly visible on retrospect. First, it came out only four months after Quantum Rise which, when looked back upon, appears to be a very quiet expansion developmentally. It is also a very early expansion coming two to three months before the normal May-July release period for summer expansions. Apocrypha added a lot of content to the game and its release was also timed along with some real time physical releases due to CCP teaming up with Atari.
But, the release that follows comes in December and has almost nine months of development time leading up to it. CCP relentlessly clings to their twice yearly schedule but the publication dates speak at plans and goals large enough that the structure of a bi-yearly release struggles to contain it.

A few weeks after Apocrypha's release CCP announces that they are adding the skill queue to the API. It is rapidly becoming a more used and functional tool for Eve players to manage aspects of their game play.

Eve has often suffered from inclusion of content done with a lack of cohesion. In this April blog CCP discusses the creation of a team dedicated to content.

"Before that, we had a few guys building deadspace complexes over in the Iceland office, but no dedicated mission writers (or copyeditors)."

There are a startling number of answers in that sentence. Why are there some rated complexes and holes elsewhere? Why is Gurista victor? Why is there such a difference in writing style from mission to mission and complex to complex. The dev blog speaks of their attempt to create new and interesting missions with tools that they have developed. But it is clear that for the last six years the bulk of PvE content has been wandering from one hand to another.

Have you ever wanted to see how the art team developed T3s? T3's were released with three variations. The 4th was not released until Apocrypha 1.1. This added the CovOps cloaks and portals, nullification, the ability to use links, overheating, and a probe use bonus. There is plenty of forum rage to read about the state of wormhole space and the risk of it. CCP expected everyone to have a T3 by the end of the month and that has not happened. With initial hull costs coming in at a billion ISK and no T3 destroyer or ammo on the horizon, people are not pleased. Don't miss post 32 which discusses the player count dropping due to the poor release.

It also seems that the cynosural field was changed during Apocrypha's launch. Also the jump effect is new. There were several graphics changes not well received as I study the thread. The POS shields were also changed.

Patchnotes are always fascinating. They contain various tidbits about the game. Per the Apocrypha 1.1 patchnotes:


Players will no longer be able to leave a NPC Corporation (e.g. Hedion University) unless they are joining a player corporation or faction militia.

The third CSM election is approaching. A dev blog shows what the CSM has done to help improve Eve's development. You can blame the CSM for blackops it seems. Also, if you like knowing more about Eve's technical side here is a breakdown of what they did to improve connectivity. Another follows a few months later with their database hardware expansion and upgrade.

In May of 2009 CCP announces that they are changing the lore. They are going to clean it up and add new things. They are also writing the state of null sec reports. While they are changing things they also did a light weight overview overhaul cleaning up inconsistencies and causing the overview to freeze in place when control is held to save people from clicking and dying due to overview movement and changing flashiness.

CCP Diagoras releases some PvP stats. CCP is paying more attention to the ebb and flow of statistics in Eve. There will be more of these in the future but for any Eve player that would like to indulge in some graphs from 2009, I say go ahead. While you are at it, Dr Eyjo released the first 2009 Quarterly Economic Newsletter. After that you can jump forward a bit and look at the second blog that CCP Diagoras releases, this time about the market.

Earlier in the year CCP stated that they were going to expand and improve on PvE. New level four agents have been developed and they are being added. They are also cleaning out older missions, getting rid of structures that clutter the field and streamlining the types of NPCs that are in the missions. They have added twenty three new level four agents a bit further out from the main mission hubs.

It is June of 2009. CCP is releasing the third piece of the Apocrypha expansion. They will be rebalancing the wormhole materials to ease the bottlenecks and lack of material for production. This will also decrease the price, hopefully.

We are at the 7th alliance tournament. It will take place in September but CCP is unveiling some rule changes. There are more prizes, a higher fee, and they are introducing the random draws instead of keeping it as a first come first serve topic.

When I started writing about the time after Apocrypha I speculated on the early release. That speculation is supported by the announcement that Apocrypha 1.5 will be released in August. This is the last bit of Apocrypha and CCP has moving towards its winter release. What it shows is that Apocrypha was rushed for another target date, its launch with Atari back in Marc. We are reaching July and CCP is still working on the last of Apocrypha's feature set.

CCP will be introducing rig sizes. Rigs to this point have been a one size fits all option. That means rigging smaller ships has not often been cost effective and smart. Now, they will be adding small and medium rigs. This is where large rigged sub-battleship hulls come from. Fuel bays are also being added with BlackOps receiving the first ones. Faction warfare will be getting Loyalty points for their kills and captures and specialized loyalty point stores for the militia.

Rigs were introduced in Revelations I back in November of 2006. For this entire time there has been one size of rig. We consider those rigs to be large rigs. That meant that rigging a frigate or a cruiser was potentially quite wasteful depending on the rig. Now CCP decided to go down and decrease the cost of rigs for smaller ships. However they know that moving rigged ships is a pain and they are looking into ways to help alleviate transporting rigged ships.

Faction Warfare gets some tweaks and their own Loyalty Point Stores. They will have reductions to faction modules and ships.

Back in July of 2009 CCP discussed the fact that new player knowledge of corporations and access to corporations, early, was important. There were only three options. They are adding a fourth career path to let new players know about exploration. The fifth option will send the new player towards faction warfare and teach them about ship loss. This is the foundation for Eve's current New Player experience as of 2014.

As July folds into August, CCP's development moves towards their winter expansion and its features. Apocrypha 1.5 is released and brings an end to one of the largest and most sprawled releases to date.

The last bit of Apocrypha brings fuel bays for almost all jump capable ships, not just Blackops. The Rorqual is interestingly left out. The four empire Level 4 Epic arcs are released. In its entirety, Apocrypha is a stunning expansion bringing many things that we consider daily assumptions into the game.

CCP is on their way towards the winter and that, shall be my next journey. 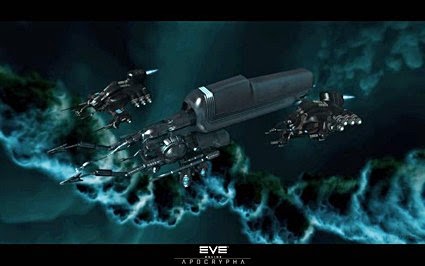