I very much wanted to go and explore Thera on the test server. It is a place that I do not expect to spend time in once it is released. I'd like to see it. I'd like to see the shattered planets finally. Wormholes are beautiful places and I've always envied the rich, sapphire colored ones their gorgeous depth.

The dev blog is up about Thera and I decided to go and visit. Sugar was not the appropriate account to take on this adventure. I turned to my scanning alt. She spends more time testing features then Sugar does. With scanning in the cards it was again time to take her out to play.

I lost my scanning Legion. It was on another account in another part of space. I figured, this is the test server. I will just buy another one. That required two jumps to a station that had the items on sale for 100 ISK. Not a big deal that. In a few minutes I had an almost fully fit legion. Except I needed a Sister's Launcher. As a faction item it is not available on the market it seems. A bit irritating but two jumps away there was one that I could just go buy. It is the test server after all.

I went back to where I had just been. I almost purchased a Moros and remembered that my alt cannot fly dreadnoughts. A moment later had her purchase a Providence. I injected her racial freighter into her back before the skill points where adjusted last year. It is one of those rarely used but randomly useful things.

I go to self destruct my new 100 isk Providence. 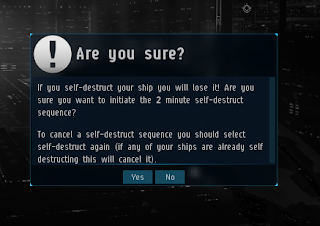 Boldly, I pressed the yes button. I was admitting to insurance fraud in this fantastical dimension and I was not embarrassed of that fact. 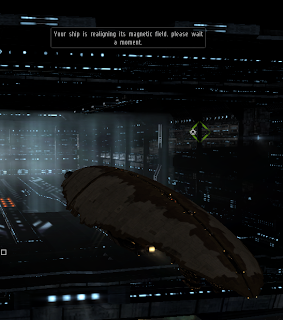 "Your ship is realigning its magnetic field, please wait a moment." Okay. I'll just chill here and extend my dying and stuff. Damn it.

Okay! Back to pick up that Sisters launcher and I was finally ready to join the new moveme channel. Normally you join channel moveme and you get moved to the combat arena system on Sisi. They have made movemethera to send you to Thera. Awesome.

I landed in Thera. The first thing I noticed was that it was colorful. The nebula swirl from orange to gold into grays and greens. There are exposed  areas, thick with stars between the curving plumes of gas. 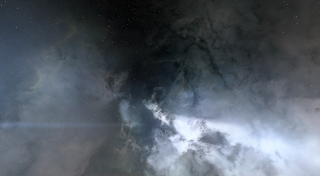 There are a lot of changes happening. The UI now dims the screen to black and white when prompt windows come up. I do like this. I hope it does not cause anyone to believe that they are paused somehow. 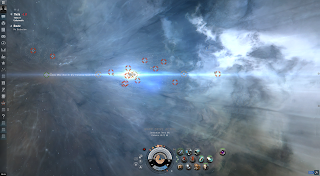 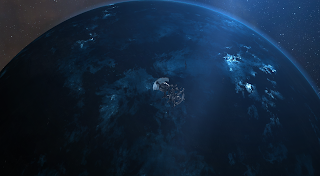 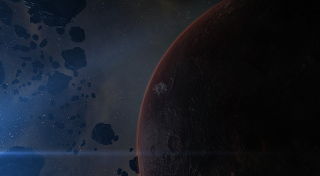 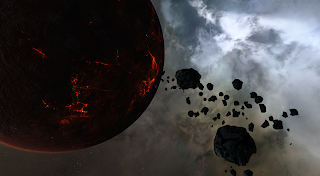 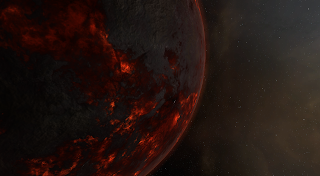 I visited the landmarks. 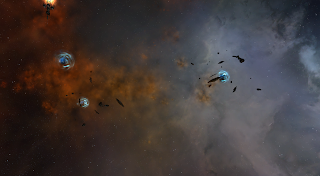 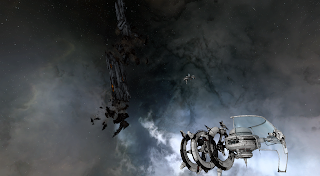 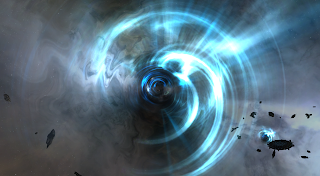 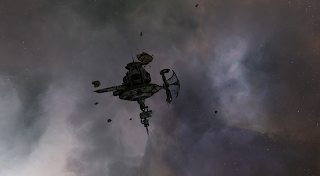 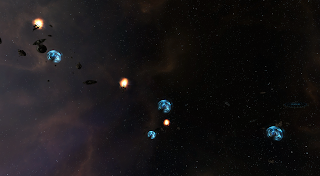 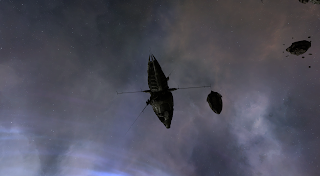 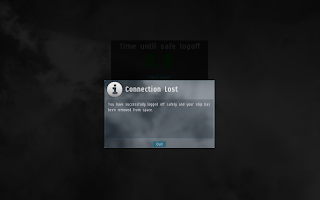 The test server is amusing sometimes. 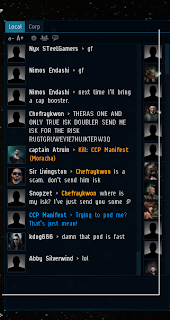