The Distance in Hand

CCP Nullarbor pulled the word cloud for the jump changes thread. It looks like this. There are a lot of predictions of the future. A lot of them. I don't have any particular predictions. I'm incredibly bad at them. I'm not sold on any one prediction as well. I see how things may go in so many ways. I still feel that we, as a game, cannot see the implications in a future that we have never expierenced.

I know the launch of force projection into the game. After all, I have my self appointed project to chart the history of the games expansions. For those interested, I suggest reading


In June of 2005 Eve Online received jump drives and freighters.  Next came carriers, supers, and Titans. Following that was Jump Freighters and Rorquals. Jump freighters had to be buffed and carriers and dreadnoughts nerfed when it came to logistic capability before they where used. Rorqual, interestingly enough, came mid expansion instead of as an expansion feature. I have not even reached Dominion changes in my history.

When I first started playing Eve, I didn't realize that there were regions and constellations. I thought of Eve as the four empires, the extra place that is Derlik and null. The concept of wormholes didn't really come to me till later and null was null for I did not understand sov.

Later, I learned more. I learned about wormholes. I came to understand null sov vs NPC sov to a degree. In my mind they where all unplesant places with bubbles and people who enjoyed sitting on them for hours to blap a single ship in their web. And even later I started to understand about the factions of player groups in all of these places.

But regions and constellations didn't matter to me. I didn't even take note of them until I looked at a map one day and wondered what the hell Elfrard was and why did it matter. I quickly discovered that it didn't really. Still later, I got the entire incursion part of things but well... none of them mattered. You see, my life was composed of jumps.

Eight jumps into Klingt. Twenty some jumps to Jita. Six jumps from Teon to Rens. My world, for a long time was bound between Skarkon and Egbinger as my boarders and I frolicked within there, happy and content as I learned about the game. Going 'out' of my home was a thrilling and exciting Event and the other side of the Molden Heath loop was an unknown land of magic and dragons as far as I was concerned. Atlar? Hah! Scary place I'd never gone.

Looking at the jump changes and the distances I find one of my internal struggles is that my concept of distance and the actuality of distance are two different things. In Sujarento I am physically close to things and so very, very far away.

This is all because of these. 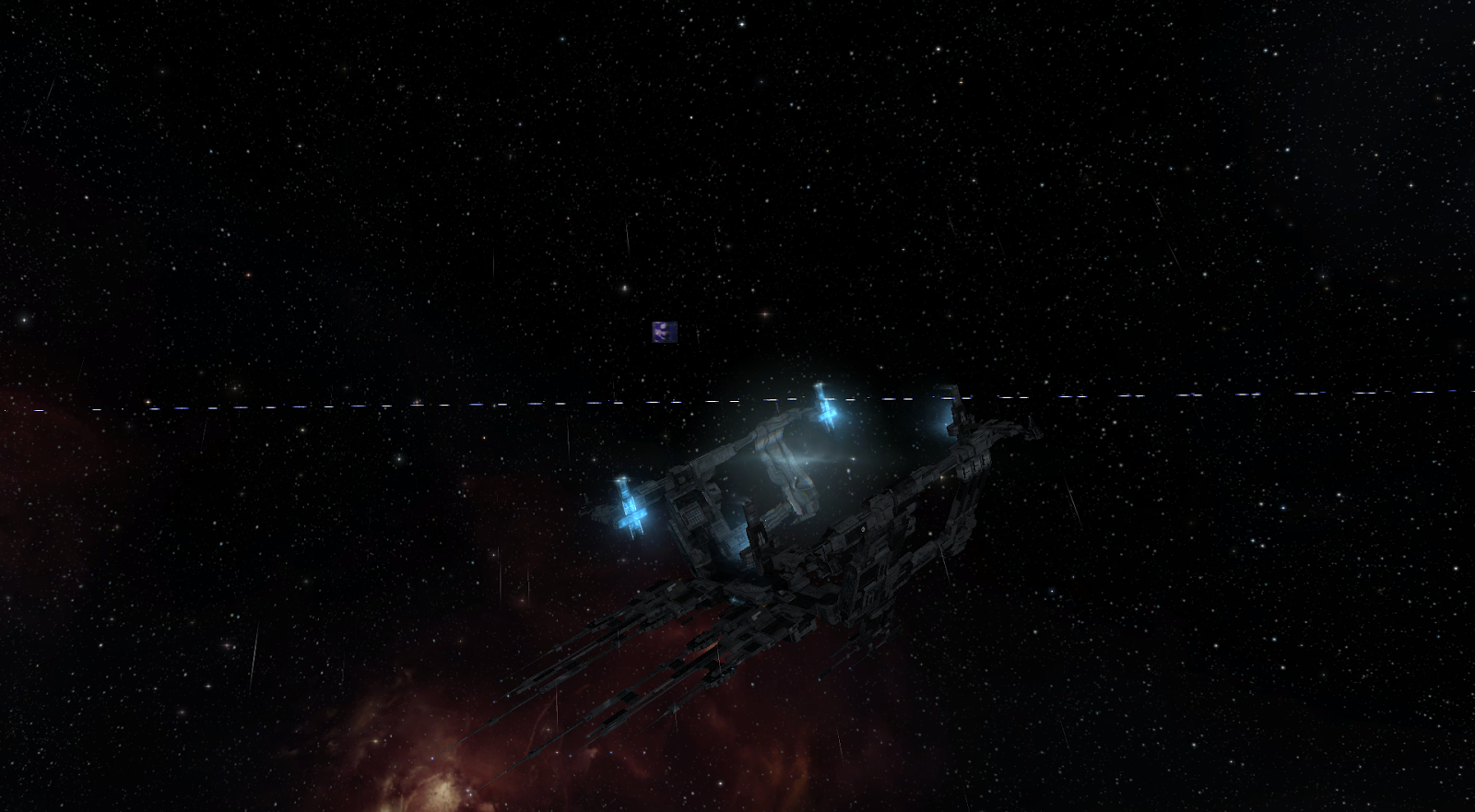 I went and took a picture of the gate between Tannolen and Tierijev. This gate is four jumps away from where I now live yet it will take two jumps with my jump freighter to accomplish it. To me, this is the difference in the concept and the actuality of distance in Eve that the new jump ranges bring.

I realize before that it was easier to mentally attribute 'far' and 'near' in relationship to physical jumps and jump drives. There where a few special places but that is fine there are always special places. now, everywhere is a special place.

When I first thought about some of the combat effects of these changes I thought, "Know thy neighbors!" and I focused on how the local population would matter more on many levels. Now, looking at the jump drive ranges I realize that who I consider my neighbors are in fact far, far away from me in terms of teleportation.
October 03, 2014