Iceland in September - Day One

Sion says I am cynical. That amuses me deeply. I don't feel cynical. Perhaps, however, I am. I'm not an innocent to life nor am I a pessimist. Still, the title amuses me. I informed him that I am in fact a small, walking sun full of sweetness and light.


My trip out went well. I got off work on time which was amazing considering how the first part of the day went. I had preplanned everything. I was packed days ahead of time. All I needed to do was shower and switch into my travel clothing and put my comb and brush into the bag. I've forgotten my comb and brush before so I try to remember them.

I was carrying with me a mild amount of apprehension. I've never had anyone other than my husband arrange travel details with me. I had printed out all of my information. I had my passport, my american picture ID, my credit cards, and six dollars. I figured that I was set. I remembered that Iceland Air's check in counter was on the other side of the check in counters.

When you walk into Dulles Airport its a long building with counters for all of the major airlines. On the other side of the counters are more counters for smaller airlines. I had checked my flight a few days before to see what my seat assignment was and the flight was full. However, as I approached the counter two hours before my flight it was calm and mostly empty. I checked in with no problems. Security was a breeze, and fifteen minutes after reaching the airport I was seated and waiting for my flight.

I wound up striking up a conversation with two ladies who were traveling to Iceland for a vacation. I don't know how this happened. I blame my sleep deprived state. It was a nice chat and helped wile the time away until the flight started to load.

Again, no problems or complications. We loaded on time, quickly, and I was settled in and off we went to take off on time. I remembered that the plane was small and cramped but I fit into the seat and found myself of reasonable comfort. I checked the flight path and then turned of the tv thing. The flight time was five and a half hours and I found that indeed, I was going to be able to sleep during most of it. Which is good since they turn off the lights and hope that you go to sleep. I will say that the window seat is a cold place to be. Brrr. Arrival was as painless as everything else. I'd done this before which helped. I stopped at the duty free shop by baggage claim and picked up a sim card for my phone. I then remembered that I forgot my tool to pop the sim out of my Nexus 5. My bag arrived, I wheeled out of the baggage claim and gravitated to the tall man with the CCP sign with a smile.

Locked and loaded we had a fun chat as we headed into the city from the airport. There, the hotel proves to be an interesting building with a wedged point to it. The entrance is on
what I'd consider the backside of it and it faces the harbor. 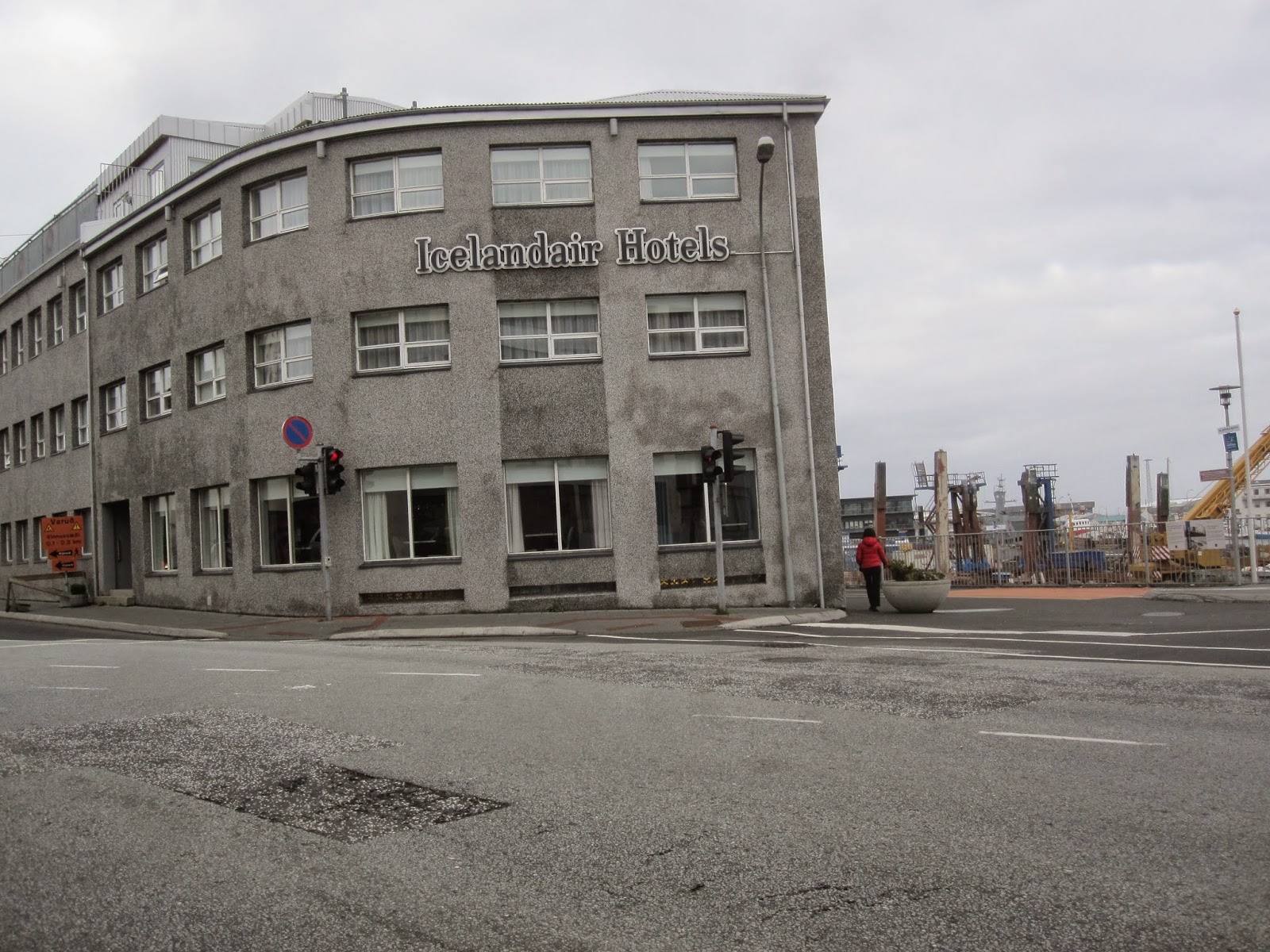 That image looks rather dingy but it was overcast. Its not dingy but it had rained earlier. So, check in was again painless. I had to give them my card in case of 'extras'. They said, "CCP wants you to eat breakfast with them it seems but you can go up for breakfast now." I found out that would be an extra. Nice to know. I'm not hungry, thanks! Checked in I was and off to my room I went.

I should have known it would be more interesting than expected when the hallway narrowed and I had to step up. Well it was neat and clean and even if the window does not have a blackout curtain and there was no place to put my items. I managed to set up on the tiny shelf with a stool that is my desk. I use the bed to prop my feet and got the internet working and all of my electronics charging. I have no fridge and I have no kettle. I can get hot water from the lobby so I need to get a big ass mug or something so that I can have tea in the evening. So a bed, a desk, a toilet sink, and shower, I'm good.  Plus the bathroom tells me to leave the hotel.

Once here I napped till around eleven thirty. Going to nap is where I realized that there was no deadbolt or chain lock on the room door. The bed has a comforter the size of the top of the bed. Thankfully I had my thin lightweight microfiber travel blanket. I remembered to ask for a second comforter later. I like to cocoon and this was more like bits hanging out. I then got up, dithered for a bit, and started to wander to find food. Sion had come back to the hotel by then so I redirected and acquired him and we went walking. We wound up eating at the laundromat where the club sandwich was like three chicken breasts piled with stuff in huge sandwich mode. I pawned half of it off on Sion and we consumed food and went off to sight see some.

In and out of bookstores and shops and the 10/11 store. I went to show Sion the graffiti park but it has been torn down and they are building a new building there. Sadness. I'm glad I took pictures last time. We found the Penis Museum but it needs cash to enter. We then went to the gigantic church on the hill. Its a big church and had just had a wedding. 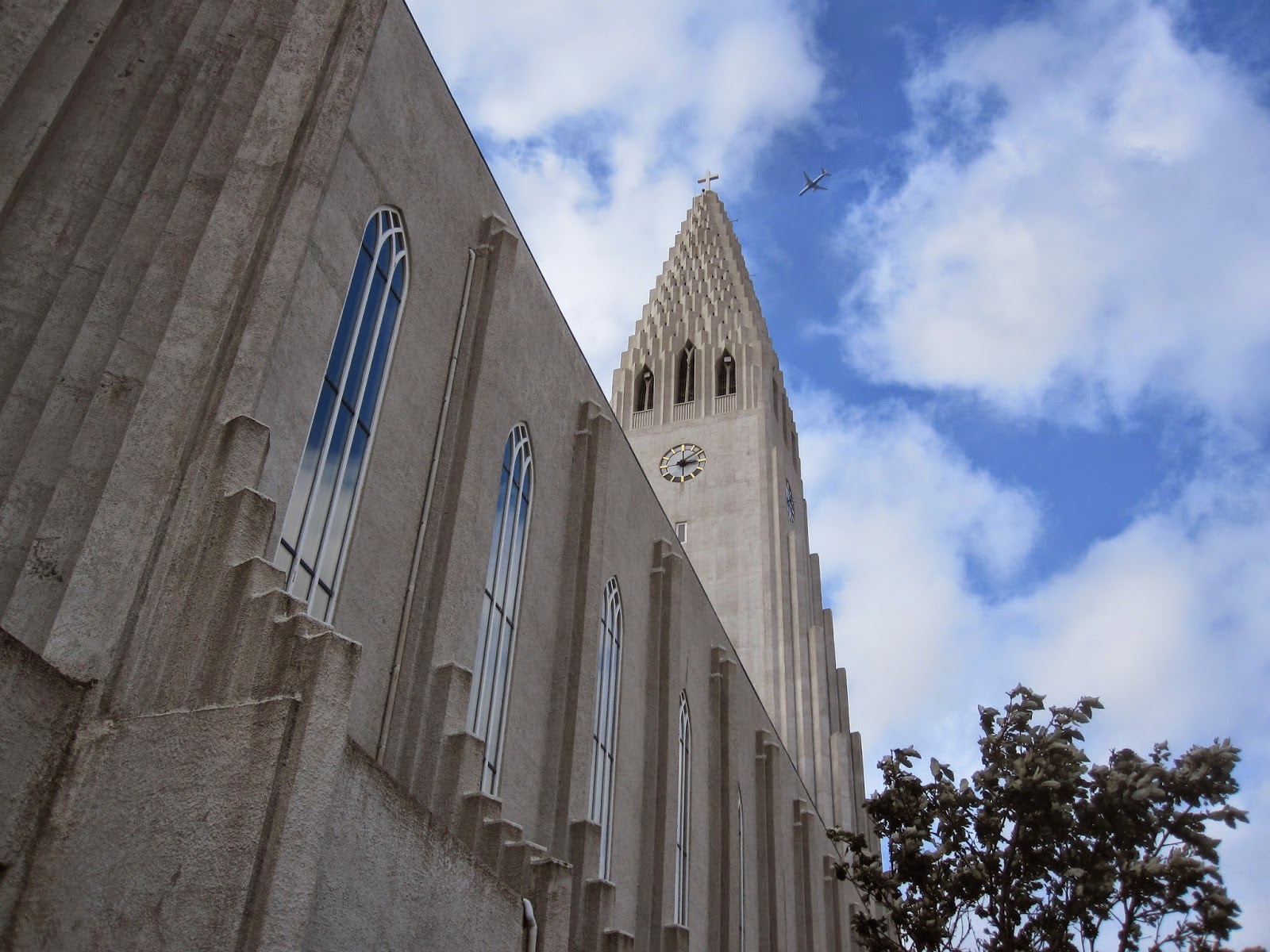 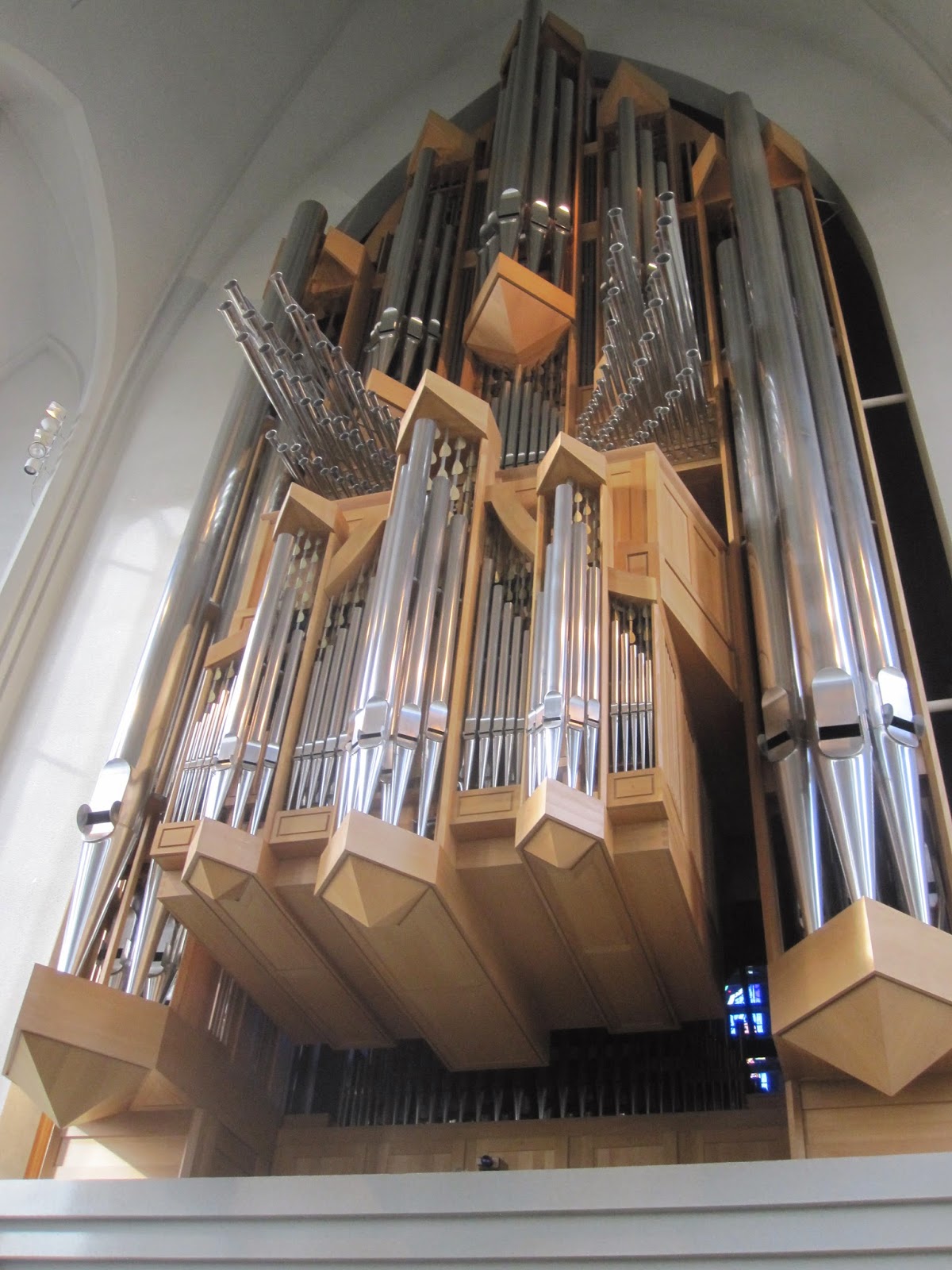 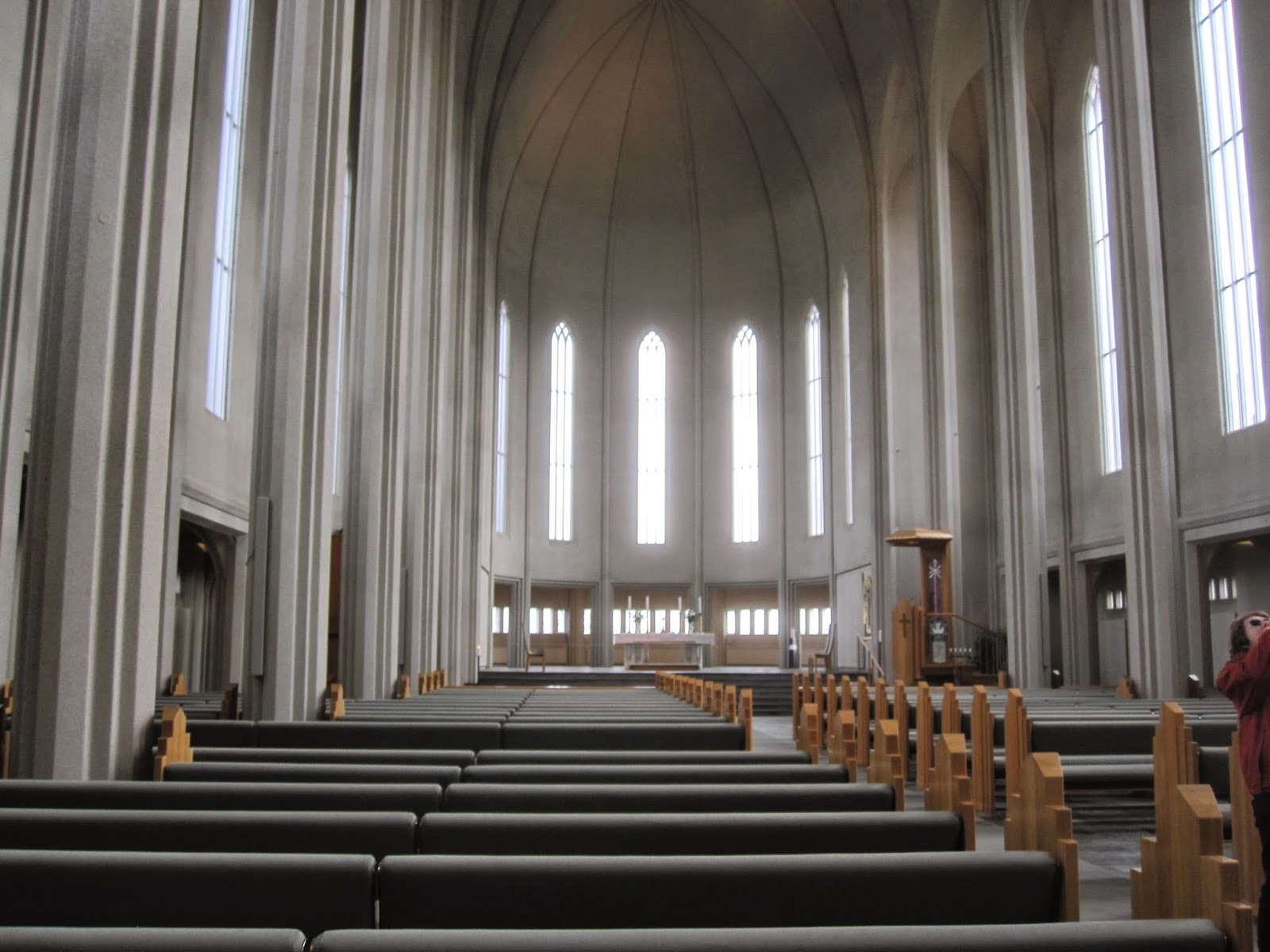 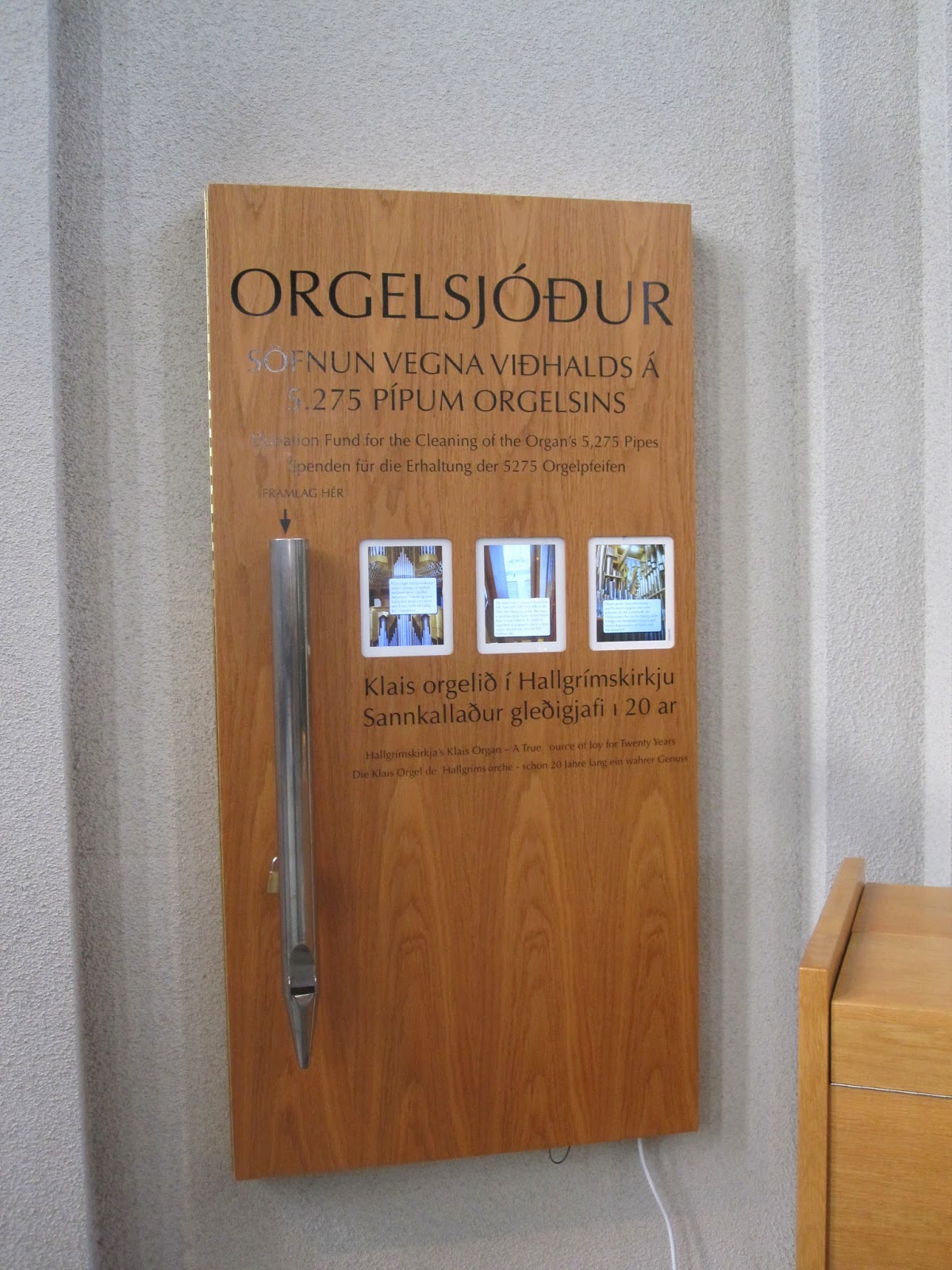 Done with that we wandered kind of back until Corbexx messaged me that he had arrived and was already at the bar. 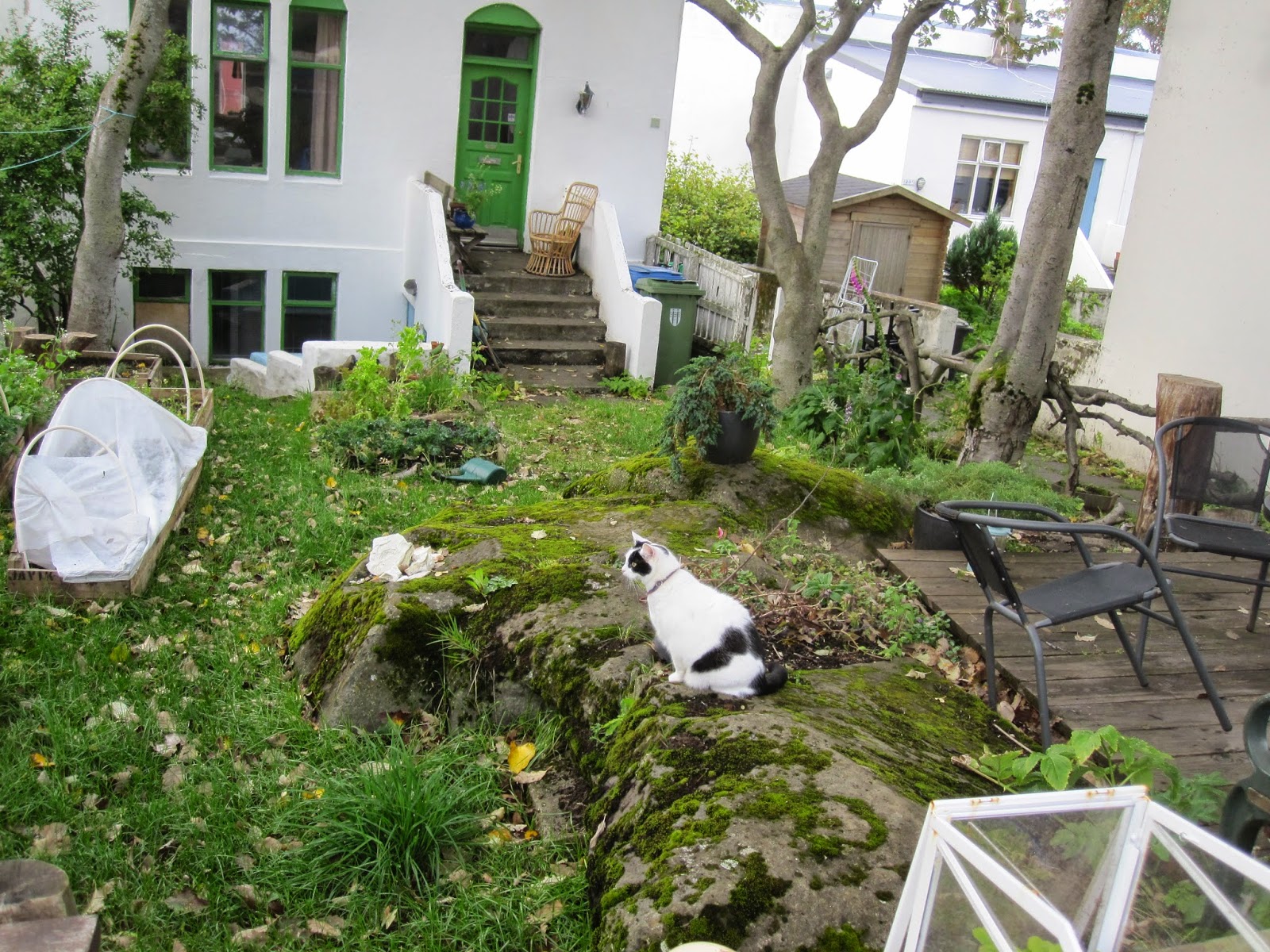 I made friends with this kitty. Said kitty came over and we had a petting and scratching and belly rubbing session with much purring and rolling around on the ground by the kitty much to Sion's amazement. I told him he just didn't know how to give kitties the proper loving. 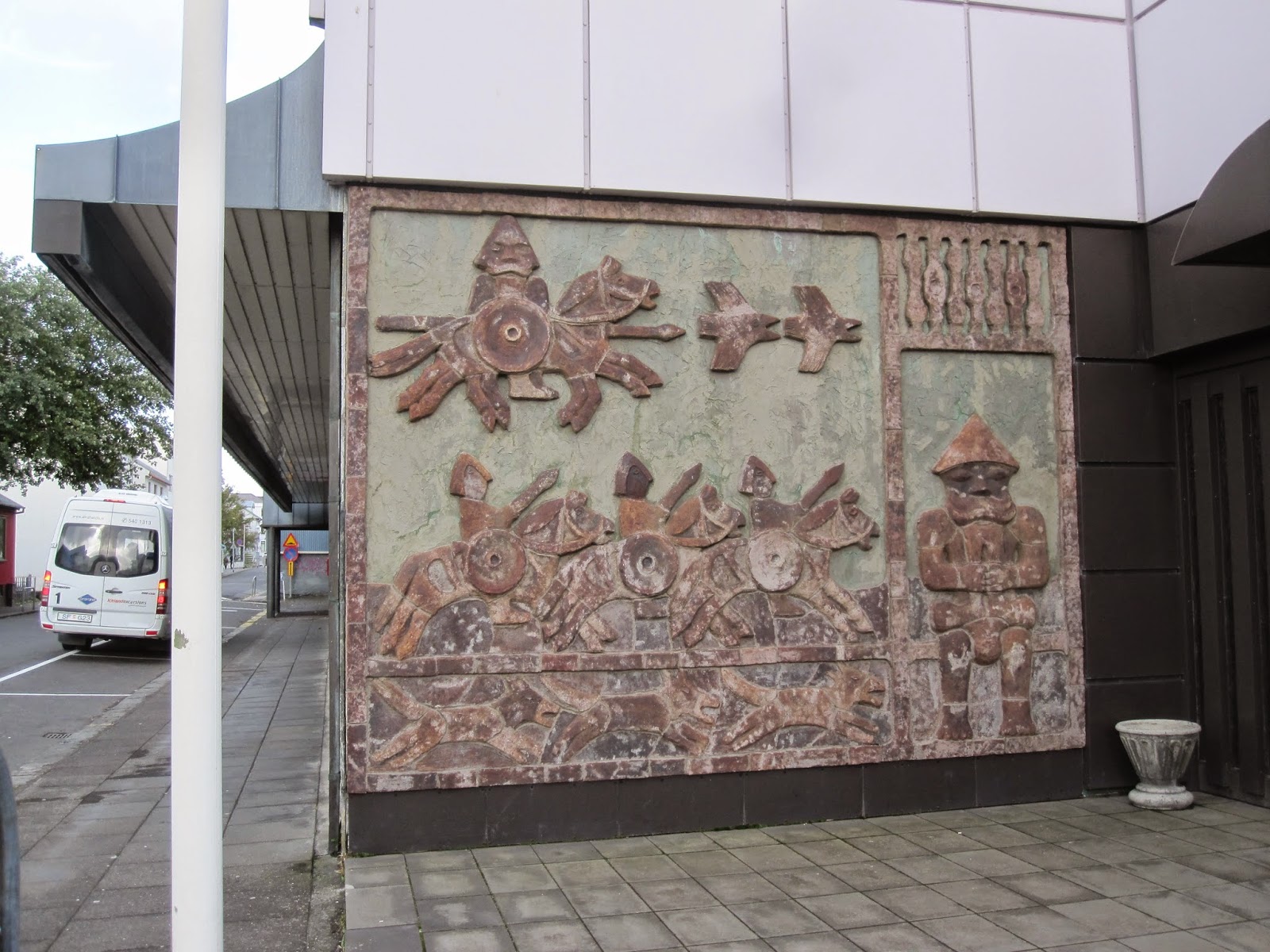 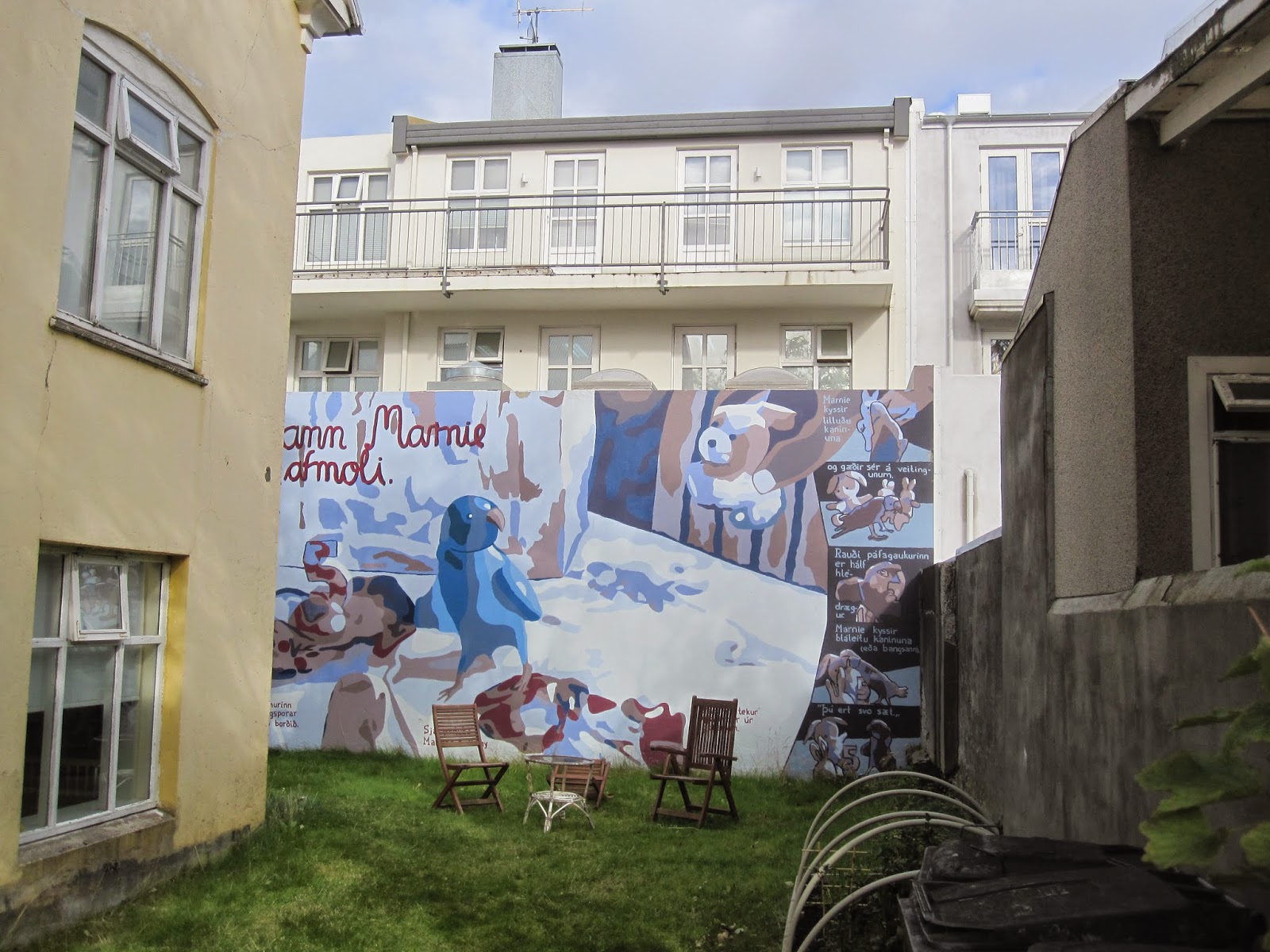 I need to take more city scene pictures. But, we made our way back to the hotel. There acquiring Corbexx meant we also acquired Steve who arrived right after him.

We wound up hanging out for a bit until we got a meetup spot and time with other people. Then, off we went to the Fish and Chips restaurant for dinner. Then we met up with everyone and some of the dev crew and hung out for the evening talking a mix of IRL and Eve that sprawled back and forth. I was most puzzled at the lime served with my water. There was also a lime with the fish and chips. There may be something going on that I am somewhat missing with the limes. 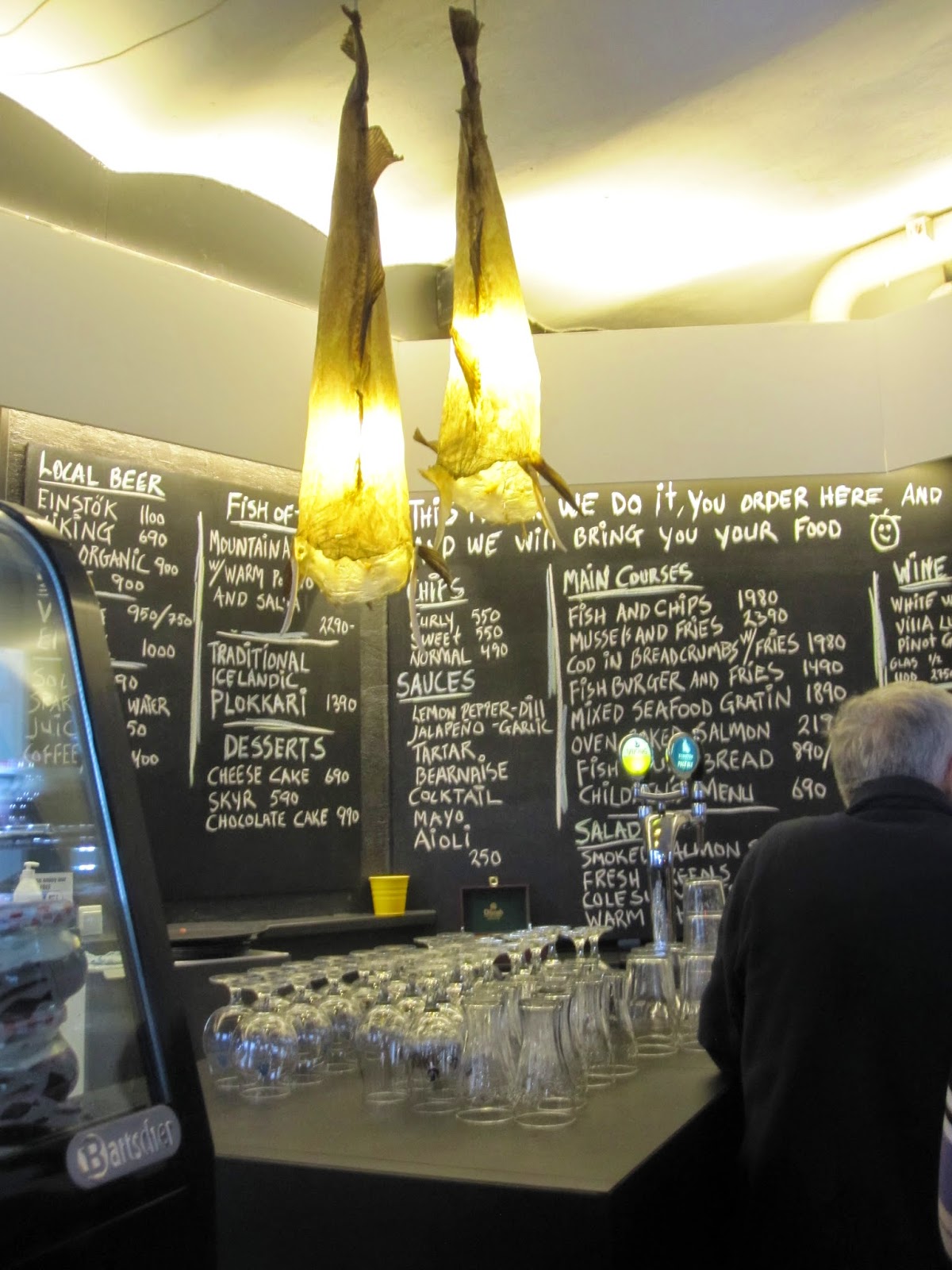 The fish and chip place had lights made out of dried fish skins.

As much as I have enjoyed their company I may have to shun Sion, Corbexx, and Steve for consuming licorice. However, I'll debate that after breakfast tomorrow. I'd say we're kinda already at work in a way. Everyone is pretty much what they already were which was nice.

CCP and Eve is a normal thing here. It is not something that has to be explained. Nothing particularly weird or freaky happened. We will see what tomorrow brings. I'm not tagging these posts with a CSM tag simply because I do not want the reddit news bot to scoop them up. This may matter to no one but me but such is it.

Anyway, its just after one and I'm going to go do the sleepy thing. Breakfast is kinda loosely organized to meet up and find the CCP office which is not accross the street but down a block or so! I felt a bit lied to.