There have been many changes of late.

Tonight, if I were to imagine my hangar, I'd walk down the line of my ships. I'd see the familiar, battered, well used hulls of my Jaguars, Sleipnirs, Omens, and Stabbers nestled in their docks. I'd pass my Stilettos and Ares, their paint worn and flaked away. I'd walk past those dim lights and the steady hum as they wait, ready for me to make my way to the end where a stack of new ships wait for me. They are my future. Unknown and untouched by time and familiarity. These vast battleships and heavily armored Ishtar. My crew would load massive projectiles and enormous, vibrant crystals. Drones would buzz around as systems checks organized and programmed them to their new homes. And I'd stand among them with my past and future tangled into one, confused thread.

Kaeda and I were talking about how quickly you become rusty with PvP. I found myself nervous as I made my way home from work. I was excited. It has been a bit since I've gone on a scheduled op. I was also nervous. Everything was new. I was stepping into unfamiliar territory.

You get familiar with the people around you. You learn what your Fleet Commanders want. Their voice and their tempo become second nature. The behaviors and habits are all ingrained until you understand them at an instinctual level. But all that has to be learned and until it is learned there are pauses and hesitations.

I really hate messing up. So, I listened to music.

There are many types of PvP. We all know that but knowledge and experience are different. I've often advocated learning before doing and people tell me that eventually, you have to do. I agree but if I had not learned first, I'd never be able to do.

That didn't mean I didn't make mistakes. In fact, if anything the last few days feel like a steady wave of mistakes. There are so many little things I dont have. T2 ammo for my rail guns. T2 large artillery ammunition. Medium beam ammo. I need scrips. I realized that I've never plugged an Omnidirectional onto a ship since the script changes. Last night I had to make another run for little things and before I went to bed I jumped into my slave clone.

Things are different. And when I undocked my Ishtar I might as well have never flown one before. I'm not good at sentry stuff. I am not good at the concept of them. I thank my experience with Titans during my first year. It stops me from making the type of dumb mistakes no one ever forgives you for. So I know what to do, but I'm so slow with it. Deploying drones. Using drones. Shooting the targets. I'm just bad at everything. Hesitant. Slow. Cautious with selecting broadcasted targets and listening to the FC. I know what I am doing but nothing works smoothly.

But, that is okay. I'm not lost. It was a tower op. I knew what to do. I paid attention. Everything else was closed. Only Sugar logged in. My chatroom ignored. I had to listen otherwise I would not hear. Listening is not about the sound coming into your ears and splattering across receptors. It is about processing what is said. It is about hearing what is said and that is something that you learn to do.

I also don't assume. I wait to be told to shoot things. Later, when I understand the rythem and flow, I will be able to make my choices faster and with more decisions. But today, I am back in the time when I didn't know to detach and take out the blackbird/falcon without FC approval. I'm back when I am the last one to warp because I don't remember hearing things are free burn and in fact it may not have been said. 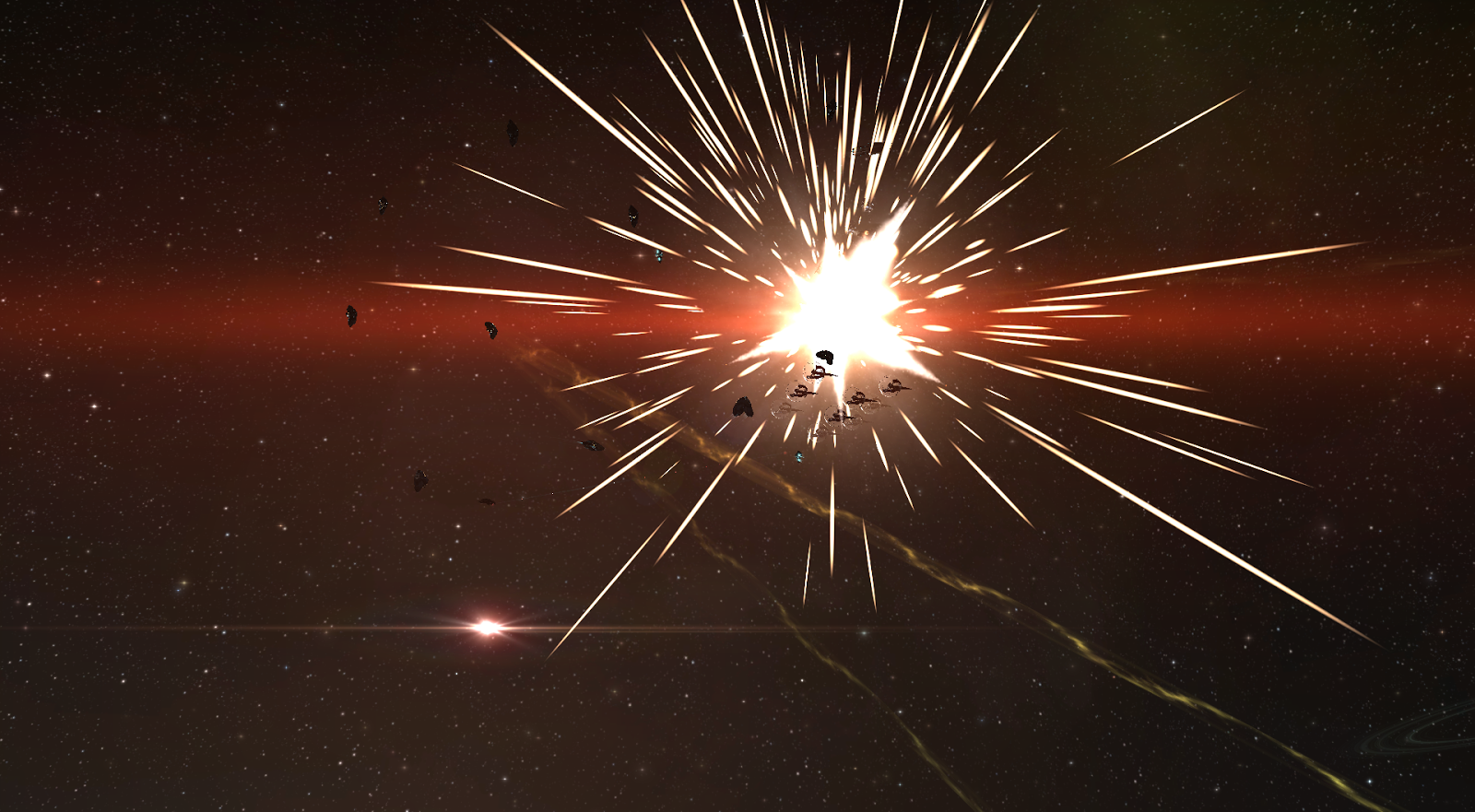 I was shaking before I left the station. So nervous! What a good impression I wanted to make. And so I flew and kept my mouth shut. I shot, I targeted, I scooped my drones, and broadcasted when I was damaged. I helped to kill things. I managed not to shoot people I should not shoot. And I made it through without getting lost or called out. I made it back home, I docked, and I collapsed into a little tired puddle.

That is where I wanted to be. Everything else will catch up.