It is quite a large sentence to contain only seven short words. It can be answered in so many ways. It can be asked in even more. It can be an expression of disgust insult or a bright eyed quest for information. It may be one of the hardest questions to answer and one of the easiest ones to respond to.


I wonder about people who profess a complete detachment from everything in game. If you aren't creating memories and narratives and making associations, then what are you doing? No activity is more fundamentally human than that.

I've often argued against Eve popular culture. My stubbornness caused me to embrace my own desires whenever what I did was questioned.  What is the point of having ISK if you do not spend it? That is a question so often asked to me. I want it. That is my answer and I need no other reason. The same goes for why do I play this game.

Because I want to.

But that, in itself, is not the true answer.

How can you fly a hauler? It's so boring! 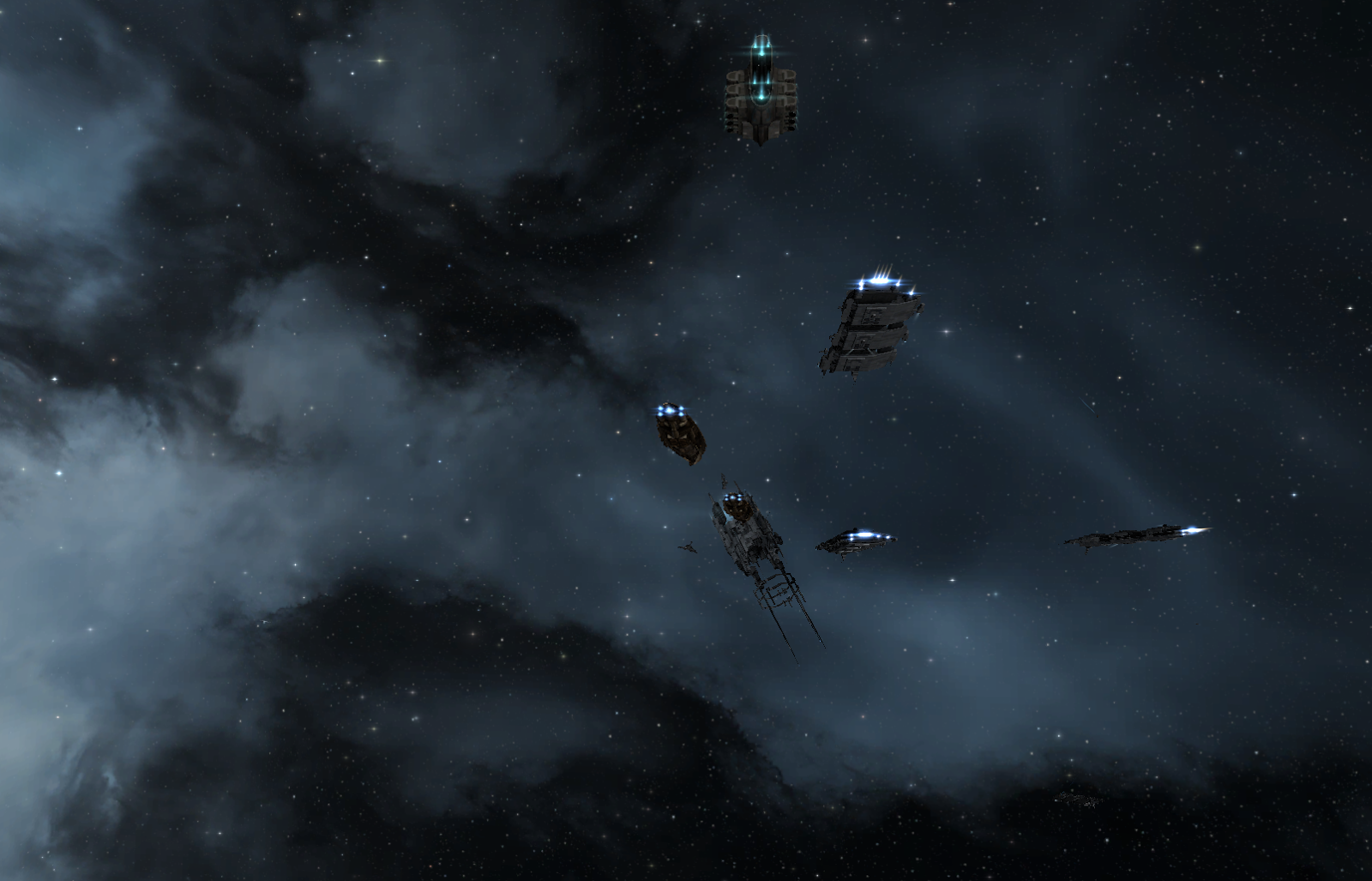 Today I sent my freighter to Jita. I was selling some items that I had built and I planned to pick up a load of goods for TCS while I was up there. I manually flew until I was through Udema and then I let my autopilot pick up the last handful of jumps. I found myself in a caravan of auto-piloting haulers. Gigantic spaceships that we are, we dwarfed the ships around us as we ponderously approached the gate. Eve is a beautiful game and I have so many images captured as I warped across Empire space, trucking goods from one place to another.

If I were to ask someone why they played Eve if they didn't want to be a space-trucker, I'd be looked at as if I was insane. Yet, it is perfectly reasonable to others to ask me that question about the space trucking that I do as they wail and gnash their teeth because it is boring. Their whispered complaints that say, "It is not fun. It is not what I want to do. Why do you waste you time?"

I've come to love the world within world aspect of Eve. The people, the places, the things that happen, I find that I want to capture them and chronicled them and enjoy them as they happens. The brilliant joy of a challenge finally completed is exciting. I don't play for the meta game. I play for the moment. I play for those times that my Jaguar burns through the sky.

Oh, to the whispers that want to define everything their own way... I don't think we need a reason to play.  There need not be any goal. Those of us who wish said goals will create them in one form or another. But I believe that many people do wish to play and see what their game brings them. I may never be a major player of some huge alliance making news and driving the game. That, I suspect, is a good thing and a future that I do not mind facing.