This is a continuation of last nights thought. I was going to write something about absolute statements. I don't like them and try to avoid them. They are unproductive. People like to argue them just because they are there. But, I also feel that they tend to be incorrect. As someone who often refuses the labels others try to stick to me I try not to label others in absolutes. I'm sure that I fail.

This is the game where you step in and make what you want to happen happen. That very thing that is so amazing about Eve is frustrating. And it does not seem unreasonable for people to attempt to define the world around them because the virtual world is not defined.

The problem is that we cannot define it. I was trying to figure out why people sneer. I wanted to move past the acceptance of human nature and understand the triggers behind it. Why they are so scornful to others? Why people who have no interest in high sec declare that level 4 mission runners cannot make the ISK that they make. Why people who have never left high scream and rant over the bounties of Sov null. I sometimes crouch at the sidelines of battle between solo and fleet pilots or listen to the rantings about what ship is worth it and what ship is not.

And all around me, people are making absolute statements. Hundreds of them. Dozens of them. And these statements are in fact structures. They are the stones, the mortar, the roofing of homes and games. It is the creation of win clauses. It is the lines that they will walk and the successes that they will judge themselves by. They are people defining their game of Eve.

Or, that is how I saw it today.

And that made me  decided that I needed some of my own. I realized, as I started to work through this rambling thought and combined it with the earlier post that someone might be worrying that I am running at full speed off the cliff of community burnout.

Combined with my Crisis Intervention concept I've decided that I just need to make sure that the positives of the Eve community are also brought to the surface. Evil is fun. So is good. And they are both there. It isn't about squashing the bad part of Eve. It's about showing that there is a balance. No one should be surprised that so many of us passionately love the community. 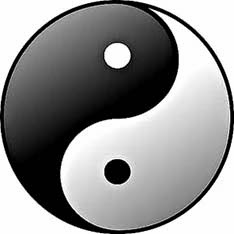 I've said more than once that by many definitions I am a bad guy in Eve. I don't see myself charging to high sec to become an anti-pirate anymore than I see picking up a null sec banner to have 'real reasons' to PvP. Instead, I'll keep doing as I always do. Talk about life in Eve. The good and the bad. I'll help newbies and occasionally decide to assist in a gank. I have no interest in being a moral compass for others to guide themselves by. But I also refuse to accept the labeling of the community as toxic. That is another of those absolute statements. I am part of the community. I do not believe that I am a toxic member and I am not going to accept that label.

And if that means I have to prove that conceptt wrong then so be it.