Disclaimer: As with any idea this one is prefaced with the fact that it probably very bad. Im going to indulge anyway. I will add a secondary disclaimer that this is just my day dreams and not anything to do with the CSM.

Some of my thoughts of late have held a very growly undertone. I find that I take the concept of defending things seriously. It is somewhat amusing because I'm rather non-aggressive in game. I hate station games. I don't feel the need to camp anything or anyone. I don't hold grudges towards people and standings are pretty much a meaningless to me. Everyone who is not my corporation is neutral and all neutral people may attempt to kill you. It's a simple life.

7-2 is a small corporation and while we may try to punch above our weight class nothing changed the fact that we are a small corporation. At times that is painfully obvious. No amount of aggression will change the fact that we have only a handful of people to put on grid. Vov often rages that there needs to be a way for a small group to attack a large group. While, game play wise that will be better there has to be some balance. There is an advantage to being a large group. Like it or not it is there and it is real. To give a small group an advantage against the large one simply for being small doesn't work. But the disadvantages of being a small group are many. I also don't think that we should inherently encourage everyone to move to a large group. I play together with twenty or so people. Other's play with two hundred. I don't think the goal should be to point everyone to playing with two thousand.

However, numbers are real and counters to numbers must be reasonable. They also must not automatically create a more dominating environment for the numbers. The last blog banter set me off on a true frothing defense. I don't like the assumption that if this group wants this they will just get it. Even if that assumption is true I won't give into it before the battle has been fought.

It isn't that I have never lost. I have. It tastes pretty bad. I have had more successes than failures in Eve. But I have had failures. And that is the nature of it. I'd not have it any other way. But, a common question for those in my position are how do we fight back against those that are larger than us? The simple nature of the equation is that being larger is their 'I Win' button. When their small fleet is two hundred people and mine is five, the two hundred will win by simple logic.

And then I thought, "What would you give to create a chance of taking down that ship. No guaranties. No absolutes. Just a chance. A roll of the dice that if it worked, everything could change. Would you give everything?"

Now and then people ask about explosion rigs or modules. The ultimate, "fuck you" button. Something where the ship is rigged for destruction. Be it a module or a rig or even an item carried in your cargo it would destroy everything.

On one side that type of thing is cool. There are few things more satisfying then flipping someone off in that last instant. You may not win the battle but you took everything down with you. On the other hand, as someone who excitedly loots wrecks, its an absolutely horrible thought for everything to go like that. Currently there is a random chance on everything that drops. Taking away that random chance sucks. At the same time, as often as I see people not loot wrecks, one does wonder the consequences.

How far would we go to defend from someone or screw over another. Would we gimp a fit to screw over an enemy by destroying out wreck? And how far is far? The proliferation of suicide ganking has made the giving everything aspect of loss cheap. Losing your ship means little.

If you were to rig your freighter to explode if you found yourself on the losing end of a gank where your entire cargo burned and you also lost your pod?

If a battleship could detonate its warp core and create an area effect that takes your pod with it? Would you say goodbye to your bling fit Vindicator and plow it into a Nyx on a chance?

If you could turn ships into missiles against supers, titans, and carriers at the loss of the ship, everything in it, and the pod, would you? If you had a chance at a super that had hot dropped you and it would involve turning your battleship and plowing it into the super, damaging it so that maybe it couldn't just jump back out, losing your ship and your pod in the process, would you do it?

There are of course balance questions. How do we make sure the hulls are not just empty. Are empty pods worth anything? Yes, no, maybe?

If it wasn't something that could instantly be gamed, min/maxed, and worked into the lowest risk possible but a true moment of choice as one blindly grabs for that opportunity with no guaranty of an outcome? If the cyno opens and you are the only one on grid who can destabilize your warpcore and maybe... just maybe... create an instant of opportunity at the loss of everything...

If that freighter target for the gank could potentially take down the gank fleet and his entire cargo as well as himself and his pod if you didn't kill him fast enough... Would you still try it?

Or would we back peddle from our own bravado? Clutching our implants close and our faction fitted ships closer. No guaranties. Is it worth it? Would you reject an idea if it meant you might lose your super? Would money truly not matter if the opportunity would change the course of a fight? 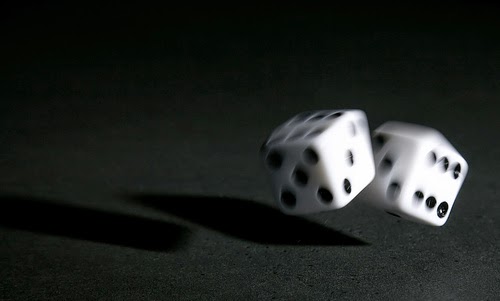