We did it. I’ve been elected to CSM9. 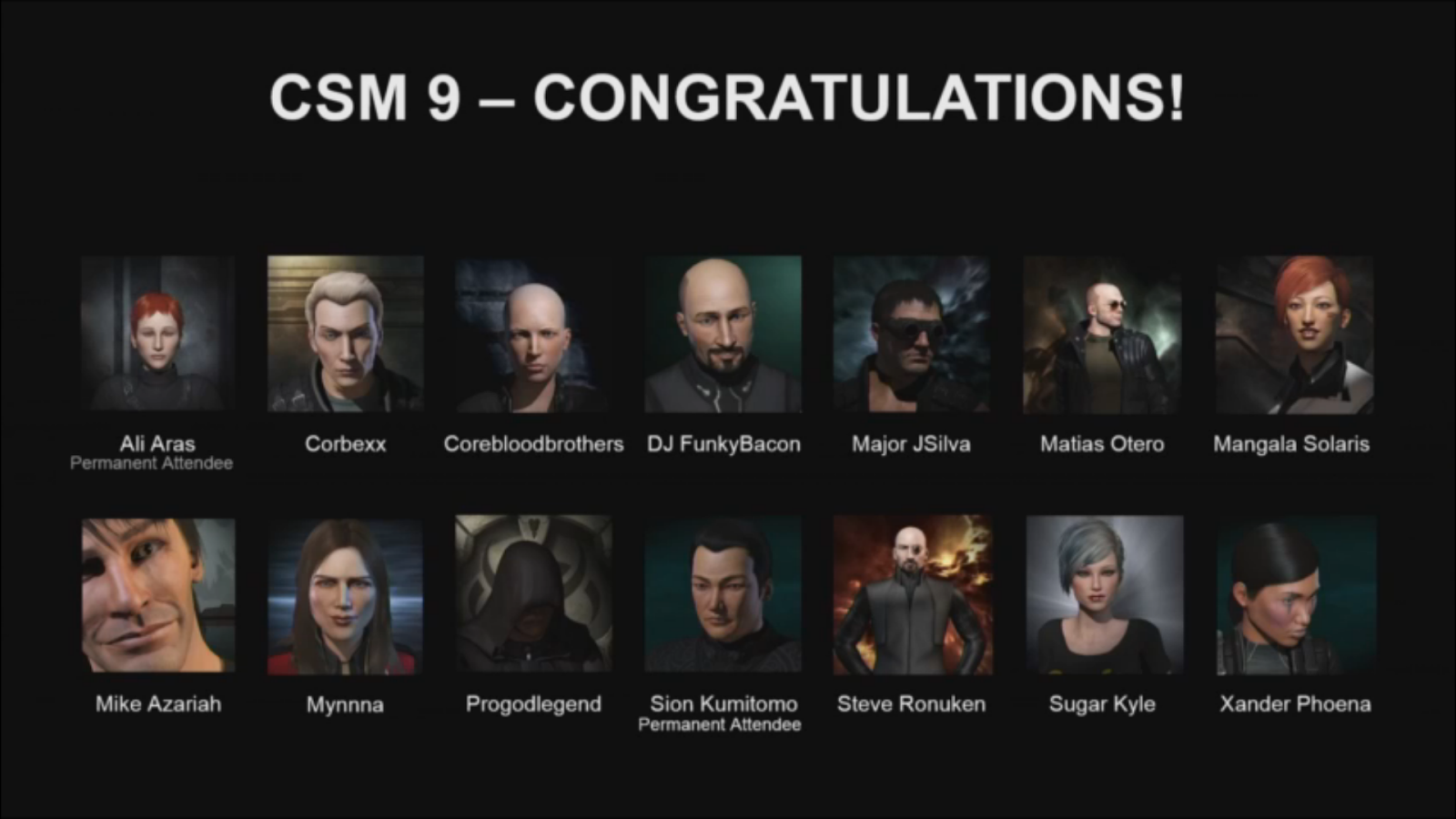 I’m giddy and excited and it is overwhelming. I have today and tomorrow to recover from my shock and switch over to work mode. Wow, wow, wow, and wow. Thank you everyone. It's been two and a half months getting here.

Ender sent me a text message while I was running errands to congratulate me. I responded, “I bet this wasn’t the outcome you expected when you adopted that newbie two and a half years ago.” His response? “I’ll accept it as part of my master plan.”

Let’s get down to business.

I hope that in electing me you realize that I expect you to participate. I need to be talked to and communicated with. I may not be able to fix or change every single thing that we want but I won’t be able to fix anything anyone wants if they don’t tell me. I want all of that communication. Do you want me to come on coms and chat with you? I need the details and we’ll work it out. As Kaeda said, I am now public domain.

Sunday will be CSM day on the blog. I’m sure if not something comes up that needs to go faster I will write a post about it. However, I should do weekly updates on Sundays. I am sure there will be a lot of, “NDA and OMG NDA!” That’s fine. I’m going to bring what I can and I plan to tell you what I am doing as much as possible. I want to create the best report card for myself that I can so that when people go, “What did CSM9 do?” I can whip out a list and start ticking it off.

I want everyone to be proud of me in 12(? Fanfest is 2 months early next year) months so I’m going to work to make that happen. Transparency, communication, honesty, and all that good stuff. Pretty much a normal day in the life of Sugar.

I am looking forward to the dev blog about results. I wasn’t just voted in by low sec and please know that I know that. With Funky also elected the weight of low sec is on two sets of shoulders. With his FW background and my non-FW background I think we will be able to handle the influx of low sec needs as well as our non-low sec supporters. In this election low sec has proven to CCP that it is sick and tired of being ignored.

Well done. I said that if we did not win a seat it was no fault but our own. Obviously, we have no fault at all this year. I am gleeful at being able to say “Hullo, CCP. Lookie your low sec children’s voice.”

But, I’m not just a pirate! I’m still everywhere and everything I was before. People have been bringing things to me for weeks and let me tell you how I’ve been handling that. Markets, industry, war decs, rookies, PvE, etc. Keep it coming.

The entire transparency and report card thing has been very important to me. What I have done is set up an entire google drive section for the CSM. I load all of your mails and text convos in there and when on coms I make notes. I’ve been archiving all of my eve-mail from the last few months.

From there I tag it with who gave me the idea so that I can keep track. My goal is to attend the summit (virtual or irl) with a list of all of that broken down by summit topics so that I can bring everything I get a chance to forward without worrying about remembering every detail. It is not a straight one on one. Expect me to ask question and sometimes not agree. Still, my goal is to be able to clearly share what I did.

I will be doing regular public low sec chats. Maybe on Eve-uni’s mumble? This is something from earlier conversations with Funky that I expect him to be onboard with.  He and I better enjoy each others company because we’re going to be a team. I’d like to do one a month. I plan to bother the people whose coms I have already. I expect to be poked. If you think I need to speak to someone directly tell me who it is. I don’t know everyone but we’ll see how well I do. I’m keeping my fingers in the Faction Warfare pie. I’ve found a corp but I’m going to have to change sides.

My corporation is also firing me as diplomat. Something about, “CSM9”.

I have a lot of fanfest to digest on top of everything else that will start happening. I’m going to archive my CSM9 campaign run and start next weekend with Week 1 of CSM9’s term.

Oh yeah, Eve Vegas 2014 is up and tickets are on sale. I’ve already got mine!

And to drive Wex crazy with music selection. Here is some Eminem.


I'm not afraid
To take a stand
Everybody
Come take my hand
We'll walk this road together, through the storm
Whatever weather, cold or warm
Just letting you know that you're not alone
Holler if you feel like you've been down the same road

P.S. I didn't write this post until after the results. :P