Wex invited me to a fleet on Sunday afternoon. It seems that Gajin Sensei has been having carrier shoot events. Snuff Box was going to go and attend this. Live events are often at bad times for me during the day. However, with an invite I rearranged my schedule and arrived home to find out that the form up had been moved forward by fifteen minutes. I hate being late and I knew that I should have taken a Jaguar. However, I'd clone jumped into an empty clone because I was plugging implants in once I arrived. I'd managed to jump all over the place and in frustration, grabbed a Jaguar. This will be important later.

Twenty something jumps through high sec landed me on field with about three minutes to spare before form-up. I docked and accepted the contract Wex had gotten together for me earlier. The contract was for a low grade slave set. I happen not to have one and it seems a normal thing for Snuff. I figure, it may have uses in the future and why not. I'm a big girl. I can have fancy clones! I was already going to go out in an expensive T3. I might as well do the complete thing and glitter like a sun.

I docked, Wex contracted me the ship, I plugged in my new implants and we undocked to go to the Titan and wait for the event to start. It has been a long time since I have sat on a Titan. It's still the same. Don't bump it, keep range, and wait for the bridge. The only difference was that I was in a gigantic ball of Proteus and Guardians. The last time I was using a Titan regularly I was still flying Hurricanes.

Off we went to collect Balex and Shadow Cartel. The fleet puffed up to somewhere between 100 to 120. The only other time I've been in a fleet that large was for RvB Ganked 103. It reminds me of the comment of, "what is a large fleet?" and "what is a small fleet?" Combined into a machine we got to business and I found myself staring at my screen listening hard. Every group does things a bit differently. I hate being a liability and flying with a new fleet puts me on the edge. I managed to not get lost, not bump the Titan, ask Wex my questions privately when I was unsure, and somehow land on the field when we went into the fight. 50% TiDi. 800 in local? And I'm in the middle of a billion T3s and Guardians everywhere. We formed a ball of DPS. The logistics ships started to rep the Thanatos and the FC just broadcasted. Target, target, change ammo, target target. Half the time they vanished before the lock. Target, target, pew pew. Down the list with a free fire on frigates closer into the pack. I've not spent time in rail guns. Once I got a feel for where my ranges where I smoothed out and stopped worrying about what was going on and focused on shooting things. I've never done a free for all event such as this. There where people all over the place. Wex had reminded me to turn off brackets so I had to turn on brackets to see what I was missing. 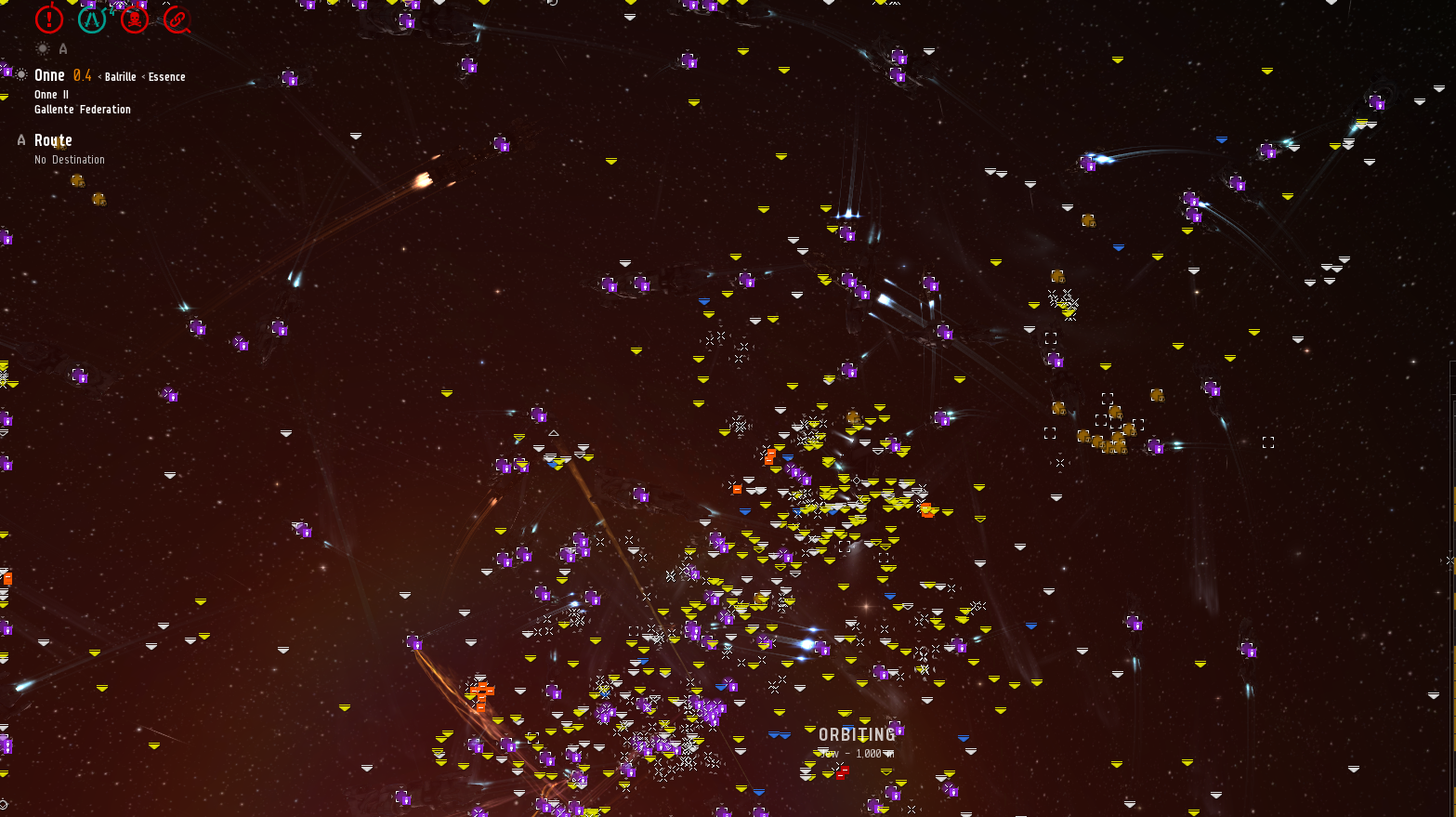 Finally, they called for the Guardian's to stop repping the Thanatos and the fleet to shoot the Thanatos. That went quickly and "du du da!" Mr Wex Manchester got the final blow winning the 2.5 billion ISK prize!

Once the Thanatos was down things quieted. We free burned back to Snuff's home. They do function as a well oiled machine. I docked and traded Wex back his loner Proteus and headed home. I had chores to do. Responsibilities are irritating. Markets to stock in game, floors to mop out of game, busy busy busy.

There is that moment when you realize that you do not think about gatecamps and that you spend no time in high sec. Such was the realization when I jumped into Sivala and found myself pointed. "Ahh, this again," I thought. There is something about going to visit Wex that causes me to die on my high sec runs. I was dying again, very slowly as I waited to warp my pod out. There wasn't much I could do. Scrammed off of a gate in an assault frigate. I could only wait and warp out.

With my Jaguar down I warped out. As I warped I made myself a safespot and headed to the sun to warp back. Then, in the back of my mind I said, "Shit." I was in an expensive clone (not something I often do) and there where an awful lot of people on that gate. Pods don't warp very fast. Interceptors will land before me. And yes. I landed on grid with interceptors.

"There goes my pod," I thought as I spammed warp. "I knew these low grade slaves for a few hours." Spam, spam, spam, "Entering warp," Aura told me and I blink in surprise. How does that happen with two interceptors on grid? I hit my safe spot and debated my options. That meant pulling up the stations and deciding which one to dock in once my timer ran down and deciding how I was going to extract myself from the situation that I was in.

Wex came to the rescue with a Leapord. I've never flown one. It turned out to be a good choice and I buzzed my way back to Istodard.