In response to your continuing victories against enemies of the State you have been promoted to the following rank: Second Lieutenant.

Did not I say that the State found me amazing and sent mails to make sure I knew just how amazing I am? Just weeks after joining the state has promoted me. The vicious plex defense and the eventual explosion of my ships must have impressed them with my show of dedication. Despite the fact that a Tristan is a bad idea, I went in anyway and I died, but I died defending the State and obviously they can see this.

Let me say that I was proud. Newly minted officer I may be but I do not think my pride will consume me. I was to busy buying Navy Cap Booster 50's and scripts for my damps because I'd forgotten those. Let me tell you that nothing humbles you like learning you can't fit a DCU onto your Kestrel fit because your skills are still terrible. Top that off with losing access to Rookie Chat and I was a truly humbled being as I set out into space.

The Kestrel is a change from my Condor. It is an after burning frigate. This is something that I technically understand is a major thing in frigate combat. Yet, my soul kicks and thrashes longing for the speed of the Microwarpdrive. Even the signature bloom cannot discourage me as I gleefully streak through the sky. Yet, I must snap back to reality and make sacrifices. And with this knowledge weighing heavily upon me I undocked with an afterburner and dove into the low sec warzone.

One jump in and there where wartargets in system. The system control was good but there where Novice Plexes that needed my attention. I dove in and tended to the beacon. 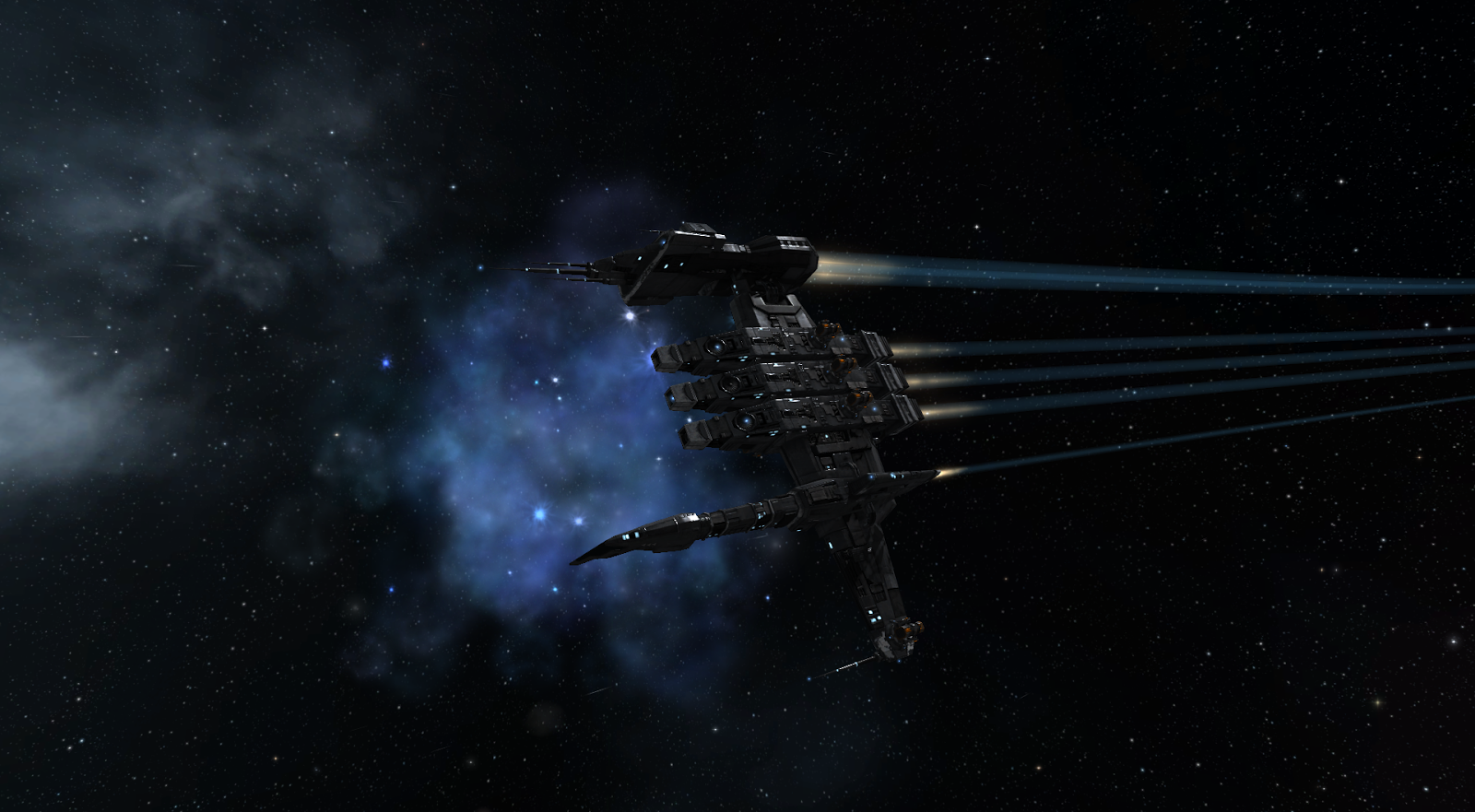 This may sound odd but I don't really watch dscan. I'm here to defend and I'm going to take any fight that comes in. When an Executioner from the Gallente militia warped in I was ready. Life or death where in our future but the fight was now.

I realize that I may resemble a plex farmer at first. My ship names are not creative. I've not decided upon a naming convention for them. I'm orbiting my beacon frantically. I'm a new character in the NPC militia. But, as the other ship lands on grid it is time to battle. Afterburner on! Lock, point, web, pewpew. I need to start shooting before I point things. I'm a bit slow on the DPS application still. I'm so busy thinking about range, and orbits, and everything but shooting the other ship. Of course, I don't do much damage yet with my T1 BCU and meta 1 launchers. I can't even fit a DCU on this fit so I went with an overdrive and added more skills to the queue.

The Executioner burned for me. I pointed, webbed, and started to shoot him. Once I hit about 70% shields I started to hit my ASB (ancillary shield booster). Active tanks are something I'm still getting used to in general. I so often run as tackle or run buffer fits that I am still feeling out where to boost myself. My rockets (faction) slammed into the Executioner and I boosted with all my little strength. Then, to my complete and utter surprise the Executioner was taking more damage than I was.

But he is in low armor.

I'm almost out of boosters.

But he is in structure and I'm at quarter shield and half armor.

I looted the wreck and dithered.. My mind was buzzing in so many different directions I didn't complete my plex and warped out. I had the shakes so bad that my announcement of my feat came out in gibberish.

Such was my amazement and hand shakes. I went and docked until my head cleared from the shock. He was T2 fit! Once my scattered, shocked wits coalesced I dropped off my loot and went and restocked on cap boosters. All set, I went back to my Plex to complete it. However, I wound up in the wrong one (for there where now two). A Hookbill came in and I dove into battle again.

I died. I also derped all over the place and stopped moving at one point. It was like I rolled my face across the keyboard and turned everything off. I'm still not sure what happened. Even if I had flown perfectly I was not coming anywhere near killing said Hookbill. But, these odds shall not stop me.

But, I conquered the plex as I died. Another step in securing the system. I went to reship. I went back to complete my original plex. This time I was visited by an Atron. I did honorable battle and beat him down into shields but he repped better than I did and I died again.

But that plex too was captured before I exploded. This is why I have been made an officer in the Militia!

With that, I decided to go and work on my skill plan some. I need to get a DCU on this fit. I'm like 4 shy of accomplishing this.

I was given some suggestions on twitter the other day as to FW corporations to apply to. Right now I'm still working on the basics. I want to run some missions and making some ISK to compliment my little stack of LP. Sugar can't be my wallet forever (well she can). There is also the fact that I probably qualify as a spy to some. Although, what I'd spy on I don't know. I'd not want to consider myself exempt from the most common accusation in Eve when one looks at a corporation.

August 08, 2015
[15:32:10] Trig Vaulter > Sugar Kyle Nice bio - so carebear sweet - oh you have a 50m ISK bounty - so someday more grizzly  [15:32:38 ] Sugar Kyle > /emote raises an eyebrow to Trig  [15:32:40 ] Sugar Kyle > okay :)  [15:32:52 ] Sugar Kyle > maybe one day I will try PvP out When I logged in one of the first things I did was answer a question in Eve Uni Public Help. It was a random question that I knew the answer of. I have 'Sugar' as a keyword so it highlights green and catches my attention. This made me chuckle. Maybe I'll have to go and see what it is like to shoot a ship one day? I could not help but smile. Basi suggested that I put my Titan killmail in my bio and assert my badassery. I figure, naw. It was a roll of the dice that landed me that kill mail. It doesn't define me as a person. Bios are interesting. The idea of a biography is a way to personalize your account. You can learn a lot about a person by what they choose to put in their bio
73 comments
Read more