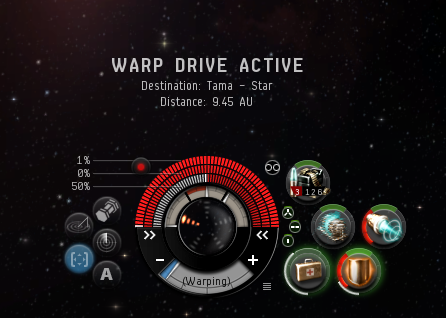 Normally when I see this much structure I am in an interceptor. This time, I was in a Jaguar at the end of a roam with Wex. It was nice to get out in space after I've spent the last two days of Eve writing about Eve but not playing it. We jumped into a Thorax gang. Or, we where supposed to be jumping through them. I was confused about where we had a pilot third partying a fight. I decloaked and derped for a moment which got me pointed.

Realizing that it was a disruptor, not a scram (I love tool tips), I started to burn again. They where huddled on the gate. Maybe I should have burned back. Away was my first through so I overheated and stuck with it. Invul on and burn, burn, burn, as the DPS hit me.

Everyone consoled me on getting tackled as they warped off. I was consoling myself as well. Then, I realized that there was no DPS on me and no tackle. I warped off, managing to pick a celestial I was not aligned to because I forgot where I was aligned. I made some safe spots, went back to the fight, realized that was dumb as well with said Thorax gang landing on us, and warped off to a safe spot. The Burst logi frigate pilots where on the ball. When I landed they dropped reps on me immediately. It was about the third time that roam they saved my ship under incoming DPS and gateguns. When I ran away, again, I was in a much better state of health.

I'm slowly learning Caldari space. Or, I'll be honest and say I am slowly getting used to the system names. Kind of. Let's say that it is good I don't have to FC. I got to cross paths with Jakob Anedalle. I've followed his blog since its start but I have not had the pleasure of sharing the same system with him. Just saying hi and having a quick conversation is a pleasure when you cross someone in game that you feel you know in the out of game Eve game.

There where a lot of cruiser gangs out. Also, some frigate gangs. One cruiser gang had all of the Aurgorors. 15? What looked like bait was bait with a massive cruiser/logi ball on the other side. I want to think that it was battle logi. I'm going to think that.

I also managed to make it to Wex without getting killed this time thanks to the Leopard. I don't have the same smartbomb worries in high sec that I do out of it. I did get a shot out from Meg Yatolila who said hi and tried to nab my leapord at the same time. Not today. We shared a giggle through eve-mail and I landed, whole, in Sujarento.

It was a good night. The boys where out on a Birthday roam for Dave and we met up for a bit and combined the fleets. The oddest part of the entire situation was the scammers that kept posting scams in Sujarento local. I'm not used to seeing that in low sec. ISK doubling and "I lost my ship" money begging. I guess because of the faction warfare nature of the game and the proximity to Jita and high sec? I haven't seen this with my Faction Warfare alt. Perhaps this is random day or I do the Faction Warfare thing at the wrong time.

Time in space... flying with friends... it is always a pleasure.