A Random Guess at the Future

I'm waiting to log in. My launcher needs to patch so I set it up, made some popcorn and wandered back to see it patching away. I also noticed that there was a new background image. My first thought said, "a New Eden Open background?" But, no. It was an Atron and a Rifter fighting.

I might not have thought much beyond that if not for the Hyperion above them. 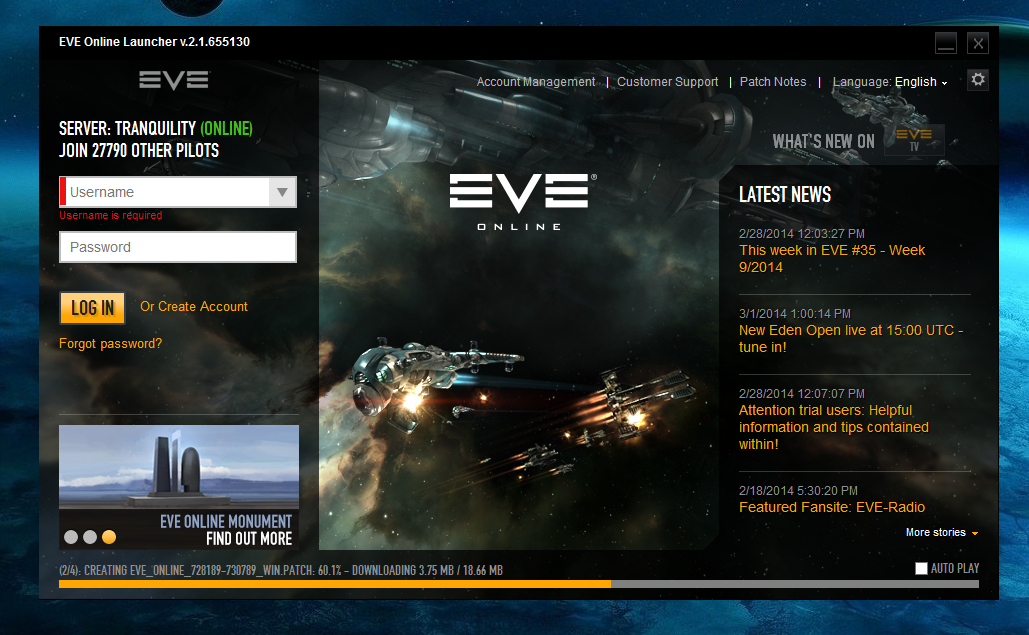 Hyperion's are such an interesting selection. From the Eve Wiki page:


The Hyperion is a Combat Battleship designed for frontline fighting.
Development: Recognizing the necessity for a blaster platform to round out their high-end arsenal, the Federation Navy brought in top-level talent to work on the Hyperion. The result: one of the most lethal and versatile gunboats ever to take to the dark skies.

If I come back to the land of the player I could say, "Oh the Rifter is being redone, what a cute shot." Except, the Hyperions are there. Two of them and in the background there is a fleet of other, fast ships. Tackle.. support... this is a battle going on.

Often, the screen shots herald things. Sometimes they are just images as well but my mind, deprived of Tea wants to know if this is hte first whispers of the next stage of this new Arc the game has entered into. The one where the empires are losing control. Where the news stories paint the edges of an image where all empires will be at war with each other.

Fanfest is in two months. Ribucon is having a 1.3 release full of very nice small scale things. Things that are being pushed out now instead of the summer. New ship skins have been found on SiSi. There are deployable placeholders that make the eyebrow raise.

Is the summer going to bring us a shattering of the empires internal ties? Or are these simple crazed dreams of a not yet awake mind?
March 03, 2014