Because of a Name...

It was the worst of times, it was a burning time. All around me my boys exploded. Their remains pelted my hull as a tiny, high pitched timer beeped in my ear. And I was halfway through my shields, holding my breath, as the timer counted down and my jump spam was responded to.

I was alone on the empty other side. I had left death behind and it was because of my name.

Well, it is an assumption. But the boys died Altaen (First to aggress), Robinton (Logi), Diz, Haerod, Prettyboyfloyde before they turned to me. The walk down the alphabet is not hard to see and it is a familiar tactic. And I held my breath and my hands shook because it was a matter of time. My boys were dying and it was just one of those situations.

Of course, as Altaen said, sitting on a gate between a system with fifty people and one with seventy is bound to get a fight. 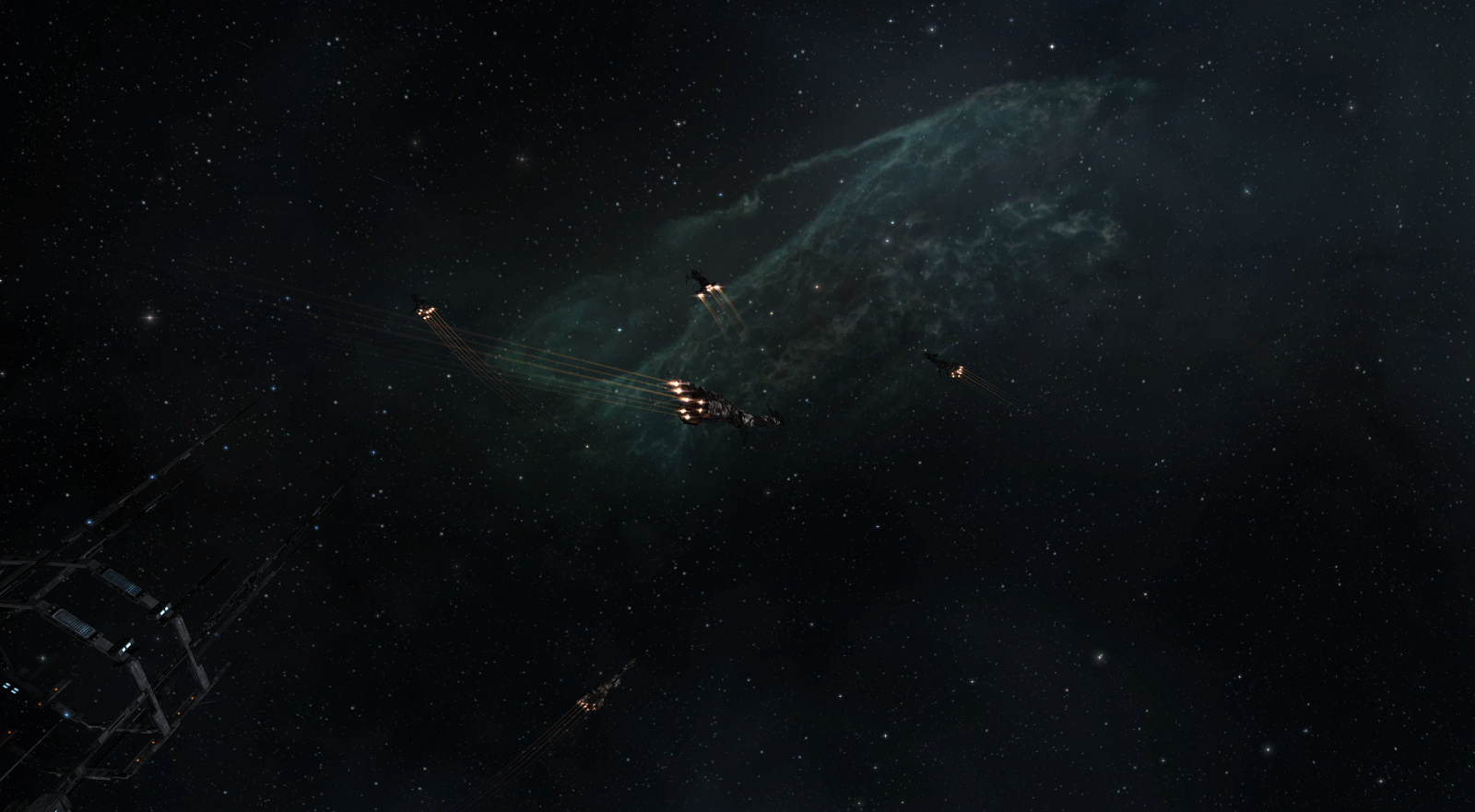 I do love the Vagabond. It has all of the flexibility that I like. It is adorable and it feels comfortable to fly. The fleet filled the Sunday evening fleet. Home from work, I set about getting dinner made and doing a jump from Jita with fits and modules for everyone since the setup is a bit different than our norm. I'd hate for people not to be able to fly a fleet because they needed someone to grab the stuff for them. It is one reason I picked up logistics in the first place. I've never minded it although sometimes I do tire of only doing it.

Today, was not one of those days. In a fit of amazing coordination I fixed dinner and purchased things for people and loaded up on the corps courier contracts that were waiting to be delivered. Once settled it was time to undock and wander out into the night. One of our Vagabonds left because he had to discuss sports with people on Skype. Whatever makes him happy. That left four of us and our Scimitar.

I've been going heavy on the DPS ships this deployment. I miss them. Still, I was a bit behind and managed to get lost at one turn because I had my autopilot set on the wrong setting. We were not going into null this time. Surprise.

Caldari space is still unfamiliar. Then we left it kinda sorta. I'm not sure. I did recognize cloud ring in the background and I was proud of myself.

Life was good in the Vagabond fleet. We flew together in harmony. We knew our place in the world, a well balanced unit of Vagabondness. Then, the end came. And as I was splattered by the blood of my family I screamed for vengeance, a promise that branded itself in the depths of my heart and mind...

Actually, I just jumped the gate and panic warped to a planet in case someone was chasing me because I couldn't wrap my over hyped senses around the unfathomable name of the gate being called out to me. Once I slowed down, I warped to the gate and was walked back home by the scout. Twenty some jumps, with my fleet dead, was weird. I was oddly lonely.

It happens. As Diz said, a bit more practice with the concept and a few other things going not quite how we were trying for them to go and maybe we would have killed something. One way or another it is a good try.