I am somewhat fusturatedly stuck in the station. Normally, this is not a big deal. I spin my ships, I chat, I do market and logistics work with other characters. However, I'm caught in the AMD camera crashing situation and it is frustrating. I'm going to wait to see if it is addressed at all. The downgrading and such hasn't secured a thing and I am one of a handful of my corporation in the exact same spot. DirectX 9 stutters on full resolution, meaning I went from being able to run five clients on full resolution with DirectX 11 to performance grade DirectX 9. Sigh.

Let's move beyond that.

So, I play Minecraft instead... 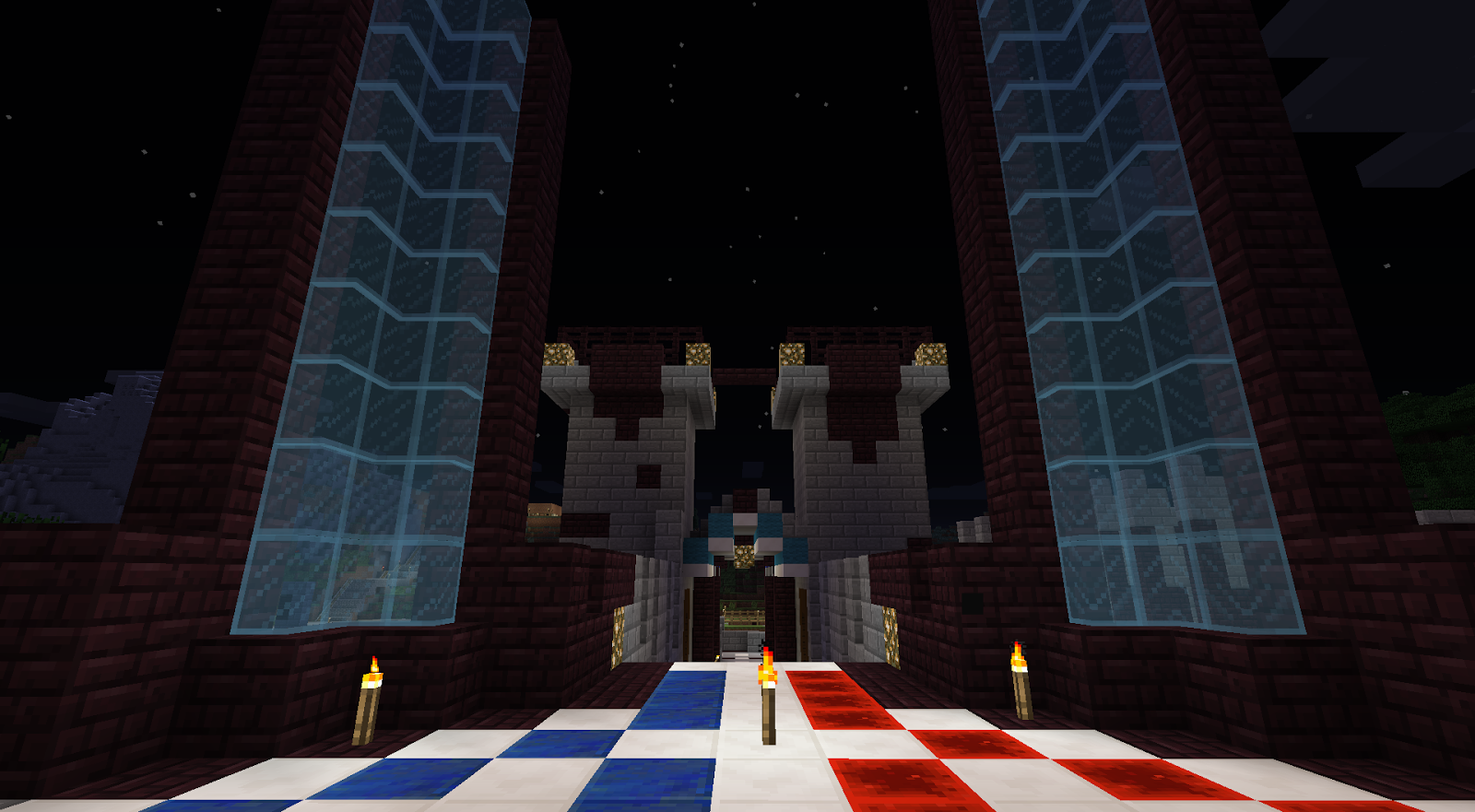 ...read twitter and skim the forums and chat about Eve as if I am actively playing it. This forced state of complete idleness is rather unpleasant. But, I can't legitimately figure out a reason to take the risks I'd have to take right now to move stuff. I also wonder if the war target in my chat room will ever talk to me. I keep saying hi to him so maybe, one day, I'll cross that gulf one day (maybe).

Curled up, chatting with Kaeda as we sculpt amazing (hopefully) things he looked at my twitter profile and asked how long had it been since I changed it. I figured that I had some terrible misspelling in it. That is normally the case. Instead he said, "a little bit of a pirate?" with a bit of a chuckle.

I did write that back when I started my twitter account. That was back when I was more Chella than Sugar. The legacy can be seen in my twitter handle (I may change it since I understand you can change it without losing everything.. must look into that) and my e-mail address and hence, Google account. I had always planned to be Chella and Sugar was going to be my PvP alt to use occasionally in low sec. While that now makes me smile a bit I also, very much still feel like the person that I was then.

I write upon the topic of pirate quite often. At those times I drift back and forth about what it means, who is defined as one and am I or am I not one. Someone was ticked off that I challenged them a few weeks ago and called me wishy washy for not having one opinion but functioning on the concept that many opinions are fully valid for a topic. Perhaps I am and if I exert that tendency anywhere it is when the topic of piracy comes up.

Sugar's security status is currently -9.5. I do not actively work to bring it down or keep it down. I'll happily shoot NPCs on a gate when they irritate me or just because they are there. Because of the math that I cannot explain, every NPC that I shoot when closest to -10 has a larger sec gain than if I was up in the -6 or -7 area. If I cared about -10 I'd be hurting my approach towards it. I don't care about it nor do I care in general what my sec status is. I am not -9.5 because it is a matter of pride or a way to define myself. I am -9.5 because I don't want to rat my sec up (I used to and I don't want that anymore) and I don't want to spend ISK on it (did it once cuz it was new and it lasted 3 days because Altaen).

I was telling someone the other day that my PvP goal is 1 kill a month. When I reach that, I'm happy with myself. I just don't see myself as a compliant, murderous PvPer. I'm rather sure that until I learn to solo or move past the place where it constantly comes up as a mesure to define people by I will never have any confidence in my flying abilities because I judge myself by something that is not within my reach. The side effect is that I seek self justification in other activities. Perhaps, due to its nature, my world is to rigidly defined by PvP. I'd not say my personal, social group, but the bit beyond that, where one picks something up to compare it to the rest of the world to see what it is... well solo PvP is a unicorn that everyone says they have ridden into battle.

It is my personal demon. Until I slay it, I believe that I'll always be 'a little bit of a pirate' while still being the industrialist that lived in Derelik and stared into the depths of low sec with something of both fear and longing. But, I'm not fully that person. I've lived outside of high sec to long. I don't understand it. I read endless mission discussions and advice in Eve Uni chat and they might as well be speaking the most indecipherable language. I don't even understand the fits. None of that is part of my day to day and reminds me that I am not a high sec resident anymore. It is like wincing when you warp to a gate and know you are going to die before your mind catches up with you and you remember that it is high sec and it is normal for there to be a dozen ships around.

But maybe... just maybe... I'll add something else to that line. I'm a bit more than just 'a little bit pirate' I think.