I know that everyone is touching all over Rubicon and obsessed with the new sisters ships and such things. I had wanted to log in a week or so ago, when they did the fresh mirror and update, but life has been kicking my free time in the teeth. Decisions have to be made and the test server is put on the back burner.

But, not today! I got up, finished up with the nasty qualities of life (although I picked up a new pair of vibrams!) and updated the test server to go and look at a few stats. The expansion comes out in just over two weeks so the final bits and pieces are getting coded in.

I had not been able to play with things until the newest mirror hit because I had moved one of my alts to a new account. With dual training I have been condensing my accounts and moving characters around. I logged in and promptly found out that Molden Heath does not possess a market in every station and every system. That was fine. I went and loaded up a Providence with a tower, fuel, POS modules, and a Siphon.

First, Fozzie has made an announcement of a bringing back what we had change for Rubicon:


When a SMA is destroyed after Rubicon, it will drop a wreck. The wreck will contain ships dropped from the destroyed SMA, with each ship having the same 50% chance to drop that governs normal loot drop mechanics. That wreck will have special functionality that allows players to eject the intact ships out into space, where anyone can board them. You will also be able to fly up with a carrier or orca and drag ships directly into your ship hangar.

The act of destroying a SMA will now also provide a full killmail listing what ships and modules dropped and were destroyed.

With my Providence loaded I undocked and learned that the warp changes make my life even more miserable as a logistics pilot. I almost cannot see getting the new implants as an optional event for my freighter pilot now. I had planned to buy her a set of Nomads but now it will be the new implants.

I went to a Hafnium moon and dropped a small tower, silo, and harvester. Once that was all onlined and anchored I went to get some food and let my silo do its thing.  Here are the Silo and Depot blueprint requirements and stats. The Depot has no requirements while the Silo needs Anchoring II. 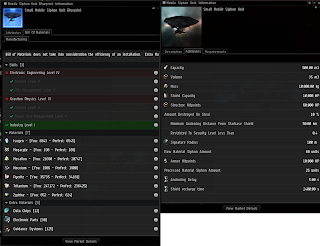 There are still some graphics bugs. My Moon Harvesting Array is just sparkles and flickering lights in space. I gave it some time, went to PvP on the main server, and came back to try to deploy my first Siphon. My first step was to warp 70k off the tower. I misread and didn't realize I needed to be closer than 50km from the tower. I was to far. I moved in and dragged it from my cargo right into space, and poof, deployed in 3 seconds. It had a green circle around it for a moment but the activation was instant. No secondary clicking. The base model holds 900mm m3. 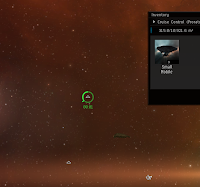 I then sat in space and watched it fill. It gathered 54 units of Hafnium in the first hour. 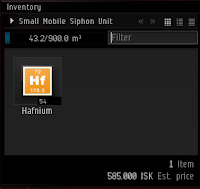 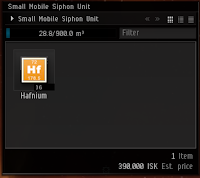 I swung back to check the first one again to find it up to 108 units of Hafnium. 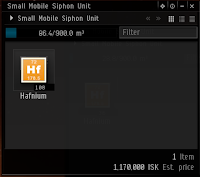 As I was working Vov asked if you can warp in, deploy, and roll out. I told him yes. With the drag from cargo auto anchoring feature just warp in, drop, and bail. I went to check the POS to see how it was doing with my Siphon project and found that it had only 40 units of Hafnium. 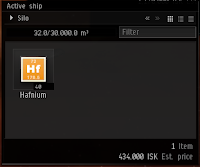 Two siphons will wreck a POS. It never gained any more moon goo after the second went active.