The other day I was on Battleclinic for some reason. While I was there I looked myself up in a fit of pure narcissistic joy. While not containing all of my kills and deaths, Battleclinic has at least realized that I like Jaguars. Last time I looked it said I had a Rupture obsession which is a complete and total lie! 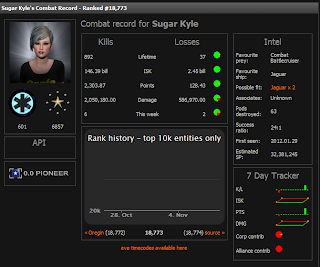 
However, the Jaguar mixed with my little slef thought has led me to make a game plans as I look towards ships and fits in the future. 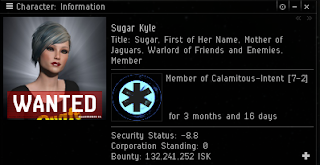