Tooting my Horn as I Cross the Rubicon

I first named this "Early Idling on Rubicon Changes" or something boring and wandersome like that. However, as I logged in to check the new character creation screen I remembered that I wrote a post in January. I don't often look at or reference my older stuff. Who knows what it might say. But, this particular one amused me and I decided to pat myself on the head a bit.

Back when the POS furor went up I wrote a post titled: Space Houses: An Expansion about how fantastic an expansion about player homes would be or some such rambling wordage that I may or may not lay claim to creating. I was writing that player owned places were very, very alluring to people entering a game. That Sov might be nice and your hangar is all yours but people want POS because it is theirs. And what oh what does Rubicon bring...

The current Rubicon build is still a work in process. My camera resets itself constantly. In general there are about 129 people logged into the test server right now. It seems that there are more people interested in the changes then people looking at the changes which I find odd.

I saw something on the forums which made me wander over to see it. It is something about double clicking doing a show market info instead of a show info. At the moment that does not happen. I did remember that the deployable was supposed to be outside of the station and I went to look at it.

It is very cute but it is VERY small. This is just a temp size I hope. It is smaller than my interceptor and they are called mobile homes currently. It is rather cute. 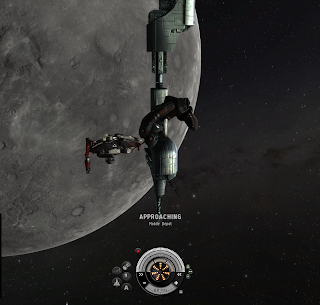 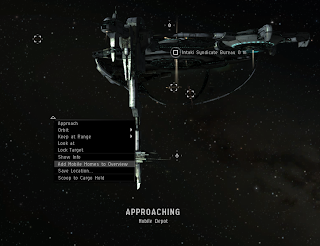 The Sleipnir has been converted to its hurricane hull. 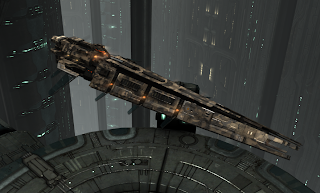 The background behind the ship in the fitting window is changed. I don't know if this is just a placeholder or what. The graphics updates appear to me to be noticeable. 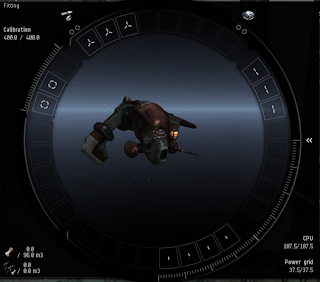 There is a new button on the neocom called the ship skill tree. It is kinda nifty and still a work in progress. It will be an easy way for new players to see what they can fly on what path. It is very large and you have to scroll around to see it all but it moves with the mouse well enough. 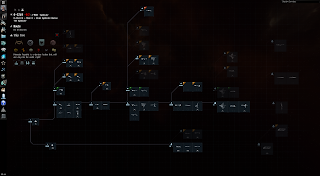 I went to see if they had changed the character creator yet. It does not look as if they have. Just like they updated the introduction video with the Origins trailer I am looking forward to what they do with this. I also took the Sleipnir out to see the warp changes in a larger hull. It does enter slower, take a bit longer and come out a tiny bit slower. The warp effects feel as if they have been sped up.

I decided to go and enter into glorious combat in a Sleipnir. The test server is the perfect place to start working out the hitches and second guessing habits that I have. I proceeded to get blapped by a Vindicator and Nag. My fit idea was working out not so bad under the onslaught until the Nag pretty much one shot me through most of my issues. Such is the 'combat' area of the test server. Someone else killed me on station while I was orbiting it looking at things. Technically, that is against the rules. But people listen oh so well. That ship was unfit as well. It took him a while to kill me anyway which was amusing.

I don't think I've ever won a battle on the test server. The free for all atmosphere pretty much eliminates the chances. But the information gathered during the fight and loss is invaluable to learning about the ship. Anyway, while fitting for the ship I found this: 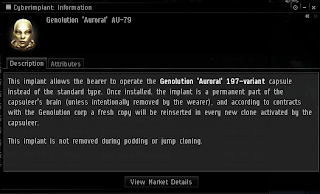 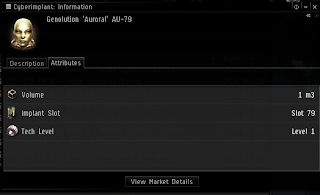 I am guessing it will be how people get the golden pod.

I wrote all of this and set it up for Saturday. Then, on Friday I saw that they had updated the character selection screen. I did not like what I saw from the twitter pictures on my phone so I went to look for myself.

First thing is they have given us back the splash screen they took away. That is nice. Rubicon's theme is red. That bores me to tears. I may just make my entire neocom cyan to break away from the constant black/dark gray/red theme that Eve and so many of its fansites adopt. I did it myself for a while and absolutely hated the colors. I live in Molden Heath as well so I am already saturated with red. If I ever move into a wormhole it will be one of those amazingly beautiful blue ones. Not the mustard colored ones. Ick. I'd have issues living in mustard. 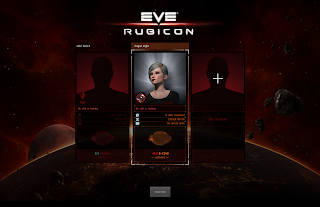 I'm not a fan of the new login screen. It seems to be more campy and old fashioned. Maybe I am not geeky enough to appreciate the trading card look? Someone said it used to look this way? I dunno. Whatever I guess. Right now you have to click that enter Eve button at the bottom. It may be the groundwork for a better selection screen where you don't have to log out and that wish everyone has had about changing accounts. That would be nice. I'm shallow however and the theme just makes me bleh.