The End of Camp 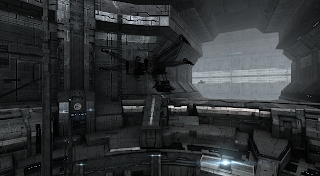 It was going to be Stiletto time for this fleet. Sugar does not fly recon style support and she has no missile skills. That put me in the position of tackle. Tackle I am familiar with. Interceptor tackle for a kiting missile gang I am not all that familiar with. It would be okay. About ten minutes in I was reshipping after losing my Stiletto to a Stabber tackle. The Stabber did die and I went to reship.

Eight days into the month and I have lost more ships this month than any other month. That is not counting the ones I have lost to gate guns. It has been a tremendously good experience for me. Not every fight comes as a lossless win. Not every fight is a win at all. But, I can say that we have held our ground and pushed with incredible tenacity and focus fight after fight.

The Cerberus fleet was the last of our preplanned fleet doctrines. We had other doctrine ships on hand for the looser fleets. We had kitchen sink stuff for the kitchen sink fleets. People have been out soloing and doing two and three man gangs in between the scheduled ops. For me, the inbetween time lets me write, do chores around the house, and tend to my other projects. Some of the guys use it as a time to get in a game of DOTA2.

Out in my Stiletto I came to realize that I am very bad at finding trouble. Some people just find all the things. I'm awful at it. I still tried. I find myself torn between tasks. I'm fleet tackle on one side. I'm looking on the other. I am trying to do both jobs at the same time and probably failing at both.

Eventually we wound up chasing down another heavy assault cruiser fleet. It was Cerberus vs Muninn. The entire engagement was the two groups trying to position themselves on top of each other until we wound up at zero with each other and went at it. Ships exploded. I ran around a lot. An Oracle fleet came in. They bailed. We bailed. Everyone ran around some more. It was pretty weird.

But the Cerberus was a hit with the people who fly missiles. I wound up docking up to finish my evening chores and hit up the evening fleet. I chatted with our new war targets some. They said it is a bad time to come wardec them due to general inactivity. Oh well.

A battlecuriser fleet appeared! Like 9 Ferox and 4 or 5 Brutix supported by 5 Scythes. Ouch. We wound up not engaging that and went off in artillery ruptures to have a very frustrating bit of time in faction warfare space. Just before we left I even got into a nice little discussion with someone in Amamake.

This was just as I jumped out of the system. As is my habit when someone talks to me in local I send a message to them. I do this when people say hi or try to have convos and I am AFK or what have you.

I was kidding, never read it. Just looked at your bio. Looks like shit.

No Poblem. Thanks for the clarification :D

Have a good evening.
-Sug

After that, we took a break, refresh and reorganize and off we went to sprint across high sec to providence space. We engaged they brought in the providence blob. We ran away after killing a thing or two. Back in low sec we bumped into a gang that used us rather roughly and killed a Scythe. I just needed to get home at that point. Work in the morning, sadly.

Not as productive a fleet as all of the others. Sunday nights tend to be hit and miss that way.

Meanwhile, on one of my TCS alts, I was randomly invited to a RP chat room that kicked me after I asked why I was invited. Oh well. I got distracted PvPing. I guess I was not interesting enough for their temple.
September 09, 2013