Income. I'm not filthy space rich. I'd like to be but I'm not. Until Odyssey I made the bulk of my income through exploration. I considered this my main income. I did the pewpew at red crosses and occasional found shiny modules and valuable items. The changes to Odyssey changed exploration. It is easier. It is more poplar. You can get into it early. There is no more need of tanked ships to deal with NPCs in sites. There is no more need to duel box a scanning ship and a damage ship. Everything changed. A game was introduced. I spent a lot of time testing it because it directly effected what I had spent my time doing..

I also came to dislike it. I have not scanned since my last review of the Odyssey changes. I don't know why I dislike the system so much. It isn't bad. I think they have done a lot of fantastic things with the system and the UI. I do hate the mini-game. The spew containers are horrible. For some it is fun. For me, I found myself chasing after cans, hitting dscan, collecting wads of space junk and I just walked away. There is more to do than exploration in Eve and I decided to leave exploration for those that wanted to do it.

I could have stuck to just looking for the DED complexes. I debated it. But I was tired. I was tired of scanning and I had other things to do with my time. I had changing interests. I had other things to do. Other things to explore. I was also burned out on scanning. I was deeply, deeply tired of dropping probes. I was also very angry over some changes. I'm still spitting mad over the fact that probes automatically portal their way into your cargo when you leave system. I have a habit of boycotting what I do not like. Such as the Hurricane changes. Such as the homing pidgin probes. Or the fact that both my pod and freighter can see 'exploration sites'. Such as the fact that exploration was ripped out of the exploration system.

A few weeks ago I commented that I was going to learn to mission. My major steps have been accomplished. Last year I started making some alts. I've had various reasons for them. One in particular I've been skilling up. She has an interesting mix of skills and when I went to look at her I realized that she had the potential to be a fantastic mission account. She is an Amarr pilot and I was only a few days away from large T2 lasers.

The waiting for T2 lasers is a reflection of my understanding of the game. The way living in low sec and growing up PvPing has molded my world view shows very much in my molding of a character to PvP. Kaeda took pity on me and helped me understand what a mission fit ship would be like for level 4s. I don't comprehend it still. My PvE has been in low sec for so long and I've never done the high sec missioning thing past doing level 3's with Chella back with her shield Myrm.

Now I am entering into the realm of level 4 missions and I have no idea what to do. I figure that I should be embarrassed. I'm not. I've never been great at fits and min/maxing. I've come to understand the theory more but doing amazing things with fits isn't me. I'll build a happy, standard ship each time with zero creative ability. It is almost embarrassing because I pride myself on my creativity but it has boundaries. Big, big, being bad at ship fit type boundaries.

That is why I run to other people like a child with a skinned knee lusting for a My Little Pony Band-aid. 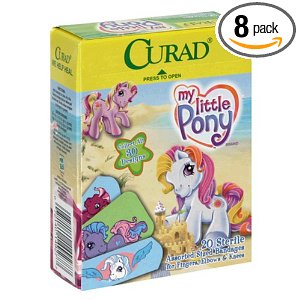 Kaeda helped me with a fit and went over the entire resits and other stuff that mission runners care about. It doesn't sit correctly with me. Hopefully, I will figure it out. Of course, after I got the ship together I realized that I did not have drone skills. Or navigation skills. Whoops.

At first I thought that it would delay my plans to venture into the land of level 4 income. Then, I decided that if people could get into battleships in a week I could have subpar Nav skills. I'd accept that I had 4's instead of 5's and my drone skills would catch up eventually. I plan to have logi on the field until I know what I am doing.

Now some may say but level 4 missions are whatever. They are. Sure. I'm fine with it. It is something I can do while doing other things like moving my freighter or in the evenings when I don't have time to participate in fleets because of work. I can also do it in high sec. I love low sec but sometimes I am to tired to do active in space things in low sec.

It may make me a horrible person. Beyond that, it is a part of the game I haven't experienced. I don't want to go back to incursions. I really, really don't.  The community isn't for me. I like to have my alone time doing things at my pace. I tire of hearing about this shiny module and how much ISK that person has. I will live in my poorness on my own.

Speaking of being poor.  I am about halfway to my jump freighter goal. Ueber was kind enough to roll off of his blink winnings (different from his hoard in Oddelulf) and let me use an Ark he had laying around until I get my own. He doesn't use jump freighters because of laziness. This means the chances of being called on to hand over my lease is on this side of not there until I have my own in a few more weeks.