I often feel as if I have not been playing Eve for as long as I have. While I may not be new, I'm not a deep well of experience or knowledge. I'm ignorant of many things. I'm easily stomped by most people that I meet. I'm not particularly good at the game. Sometimes people tell me that they forget how young I am in the game. I have no idea why. It is not as if I have vast amounts of anything but text to unleash upon anyone.

I put Sugar's information out there so that someone reading this can see where I have gotten myself to since I started playing. Sugar is only one piece of me. I consider my primary 4 alts to be 'me' but Sugar is the face of me. She is a combat character focused towards PvP. I can now fly up to two racial battleships correctly (meaning T2 large guns in both T2 specializations. This is my idea of correct.) and several types of T2 frigates to cruisers. I still have massive holes in my ability. I don't have T2 large lasers yet, for instance, and now that I have T2 Blasters/Projectiles everyone keeps undocking in Laser Doctrines. Instead of looking at that as a subtle hint that they don't want me around, I just focus my skill training towards my future wants and needs (I need less subtle hints). Those two things are not always the same.

In my forum skimming I stumbled across a thread where the poster, a newer player, feels that the skill point system discourages experimentation. Now, his thread might be a bit more abrasive then my interpretation but I diluted his irritation to pull the valid parts from it. The point of interest for me was not if CCP discouraged experimentation but how a newer player is reacting to the skill point system.

I think very few of us dream of going back to simpler times when we had under 100k skill points and fitting our first frigate involved selecting every item in the hangar and sticking it to the ship with special care going to mixed ammo types and a solid assortment of guns to deal with all ranges and possible situations in the next mission. Even starting new account often brings back memories of the abilities we come to take for granted on our more skilled characters.

I also think that new players look at that skill point hump and believe that once they achieve this skill point level or this skill they will be in a new, and more special place. That is why I point out my lack of large lasers. It seems that every time I accomplish something that to me is a vast accomplishment such as large T2 guns I get kicked down because I'm still missing something. It is the side effect of playing with people who have been playing so much longer than I have. I may sequel in pride and tickle my 30 some million skill point but they are not an instant invitation to the land of badassery.

One of the biggest problems I see with the skill point system is that people, consciously or not, seem to equate it to their normal and ingrained concept of leveling. Leveling in most games means that you get better. NPCs tend to be at one level and you at another. As those levels meet up and then change again you become greatly more powerful than they are. Without levels, skill points fill that void for many people. Or, they appear to fill that void.

The pattern I have noticed, in concerns to people feeling restricted as a new player, is that they do not feel competitive with other players on the PvP field. It is not that they cannot experience Eve. There is so much effort put out to show and teach people that they can be a productive member of a fleet or corporation while very, very new to the game. It is that they cannot go out and kick other players in the teeth from the get go, most of the time. I will not say always because the stories of the newbie that could will over flow the confines of this blog. 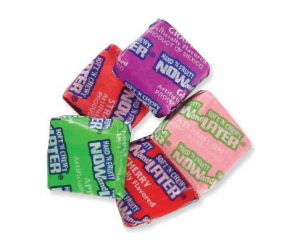 People want to win. People are used to entering a game, getting their feet under them and becoming a badass. Eve doesn't had that to them. They fit their ships - possibly well - and go out to get stomped over and over again. I don't think the stomping is bad it is just not clearly explained why they get stomped. I also do not think that the game can do but so much to explain why someone gets stomped. The information is out there but that involves people searching for it. We could have more comprehensive files in game (and perhaps we should) that people could access but that still involves them being willing to go out and find that information and read (or watch or listen too, maybe?).

It isn't an Eve problem. It is a perception issue and people falling under old and familiar habits. People are very used to having things given to them rather quickly. They come to expect it and the lack of it seems as if something is wrong.

But that does not mean that there is.

At some point the game, to define itself and its restrictions has to say, "No" to people. I don't know when that point is. However, I don't believe that giving people fully fit, T2 frigates in their first week of game play will 'fix' that problem. The rest of the game would adjust to the new normal and the new player would again be in the exact same position that they are currently in against other players.

The push of people against other people is what makes Eve so interesting and so frustrating. It is why someone can beat someone else of greater or lesser skill points. It is why skill points are only part of the equation and not the complete thing. nothing is going to replace the experience and skill that a player gains by simply, playing.

I don't find this to be a bad thing. I can see how it is frustrating to those that are simply here for a thrill and not the experience. But just because I may feel I can see and  understand some of their viewpoints do not mean that I agree with them or think that the entire game should flex to accommodate their desire for instant gratification.

There is an area where the game is trying to catch people without (I hope) giving up to much of the future depth for an immediate now. It sounds weird to tell someone, "Wait it gets better" in a game. Many feel they have waited weeks already.  But when people are asking for a faster and easier (if training large skills is hard as many find it to be asking for skill improvements sooner would mean easier) leg up on other players the subject needs to be understood in its whole.

The thread I referenced earlier says CCP does not encourage experimentation. That was never what the thread was about. The thread was about wanting a change of beating older players, early on, in frigates, not understanding that a proper fit is a piece of the key to success, not the entire thing. It is a tune about a single player getting to run around the game and try everything in a productive and successful manner to decide what they like in their first weeks of playing the game.

And maybe that is what should be pointed out. In many games you start alone and later you band together for content. While you will (almost) always band together with people to do many, many of Eve's activities being able to do them by yourself is future content not immediate. I may need to start a new character and see but as I end this I wonder if the information that is lacking for new players (from their game info) is the fact that Eve truly is a social game at its core, for early success and much of the later content. It is not that you cannot do things alone it is that you have to develop the skills to do it alone and the game can only help you with a piece of that.