The Problem with Capital Ships

People say that the problem with capital ships in Eve is due to things like "capital ship proliferation" and "force projection" and insta locking Nyx and blapping covert ops Titans.

I have discovered the truth.

They are so damn slow.  Below is a photo gallery of offenders.  Each of these ships is a well known offender of being slow as "all fucking shit" with the agility of a dead elephant. 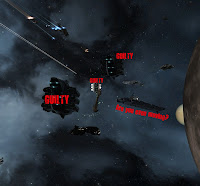 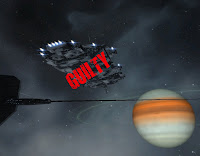 I cannot help but feel that due to the gross violations of these ships inabilities to turn in under 2 and a half to twenty eight minutes of stress that they are in fact the unknown evil in the game.  I would have continued to accept them as they were and used such reasons as 'balance' and 'logic' to accept their slow cumbersome abilities if it was not for this video.

The discovery of the elusive rapid fire doomsday interceptor class Nyx only proves that somewhere, something is afoot.