I decided to give this particular topic its own little blurb.

For whatever the reasons, I do the bulk of recruiting for my corporation.  A more established group that knows the boys may not have to deal with me (yay for them) but most unknown applicants will have to have a chat with me.  It's a learning process for me and I've started to sort myself into the position.

One thing I have noticed, and it is not just related to Eve but it does bother me in relation to Eve is that people do a terrible job of answering questions.  I have no idea why it is, but for me as an information gather it is annoying.

I also see why people get accused of being spys.  A player approaches me as being very new to the game, maybe only a week old.  However, their comprehension of the game is such that it becomes hard to believe that they are new.  I've had this happen twice before.  They are living in low sec or null sec and being somewhat productive about it at only a few days of age.  They say they are reading a lot and listening and learning.

Yes, they are.  However, both times I've found one of these startling good newbies the story have been the same.  They previous had an account.  That account may have been a few years ago and they may not have played for very long but they had an account.  I just want to hear that information because not hearing it and seeing their comprehension to things that I know 2 and 5 day old characters normally do not have makes me suspicious.

Why do they say that they are new to the game?  It makes them look as if they are trying to hide their own knowledge.  They may be very inexperienced in the game but saying they are completely new does not mesh properly.  Of course, they may be spys.  This is Eve after all and someone might think a poor group of pirates has something to steal or intel to give.  I'd feel bad for them.  They'd learn how I spent the weekend putting up a ceiling fan.  I did a good job.  This is your intel.  I am amazingly handy. 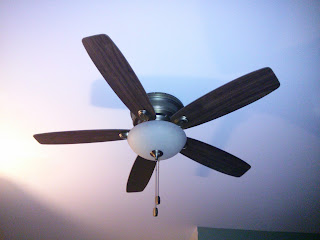