The Tears of Entitlement

In case anyone has been at their tear jars and consuming them without thought for the future, there are, thankfully more to be harvested. 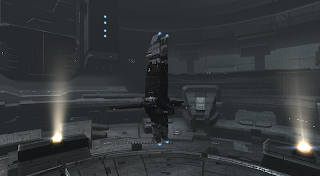 I try to avoid holiday posts. I really do.  But holiday entitlement is one of those things that irritates me.  CCP gives out Holiday gifts.  I think that's cool of them.  I wouldn't care if they did not.  They did so this year.  People got a random collection of the special edition items they have made, a bunch of the trading cards, and a random special ship.

I don't need this but it is very cute and I will keep it and giggle at it.

Also, we got some nifty implants that were introduced last year at Crucible.  You get one or the other but not both.  The implants are a set so you need both.  I lost mine a week after putting them in to my first death and podding in low sec sometime in my third week of playing.  I got over it.

But, people will make money in Eve.  Everything that CCP introduces is an opportunity. I already saw someone drooling over the need to collect all of the New Eden Open trading cards.  While, I myself, may roll my eyes a bit over it, at the same time its cool that little side projects like that are open to people that like that type of thing.

And then... well then... there are the people who write posts on the forum full of tears because their investment went bunk because CCP is evil and gave out free things that they gave out for free before!

Because making a gamble and an investment isn't guarantied.  Nowhere does CCP have a rule set by which they can never re-release something they released before in case someone hoarding the free released stuff loses precious space pixel money based off of the free thing .    So, I will spread some joy and feed anyone in need of tears on this delicious, delicious thread that was locked only to soon.  Its still well worth the read.

Maybe I can find a corner to cry in because I was given free stuff and its so hard and painful to be me with the free things.
December 20, 2012