Station Games with Carriers and Co

Today was an interesting Sunday.

I had someone send me 10mil ISK because they liked my blog. That was unexpected but sweet. I'll have to make a PvP fund for that type of thing and use it to buy stuff for PvP

I managed to avoid a POS bash and then join up in a corporate roam afterwards. The goal was a small fleet in the hope to get people interested in fighting back. It is Sunday night and I'm done working for the weekend. Sundays are always interesting days. They seem to have extremes of boringness or interest.

We headed out in a battlecruiser fleet with a huginn to see what we could find.

First, Diz wanted to go visit his new friends that he has been playing with. The systems where clear for a bit. Then, the scout jumped through and noticed a flashy cyclone on the gate. We had a drake jump through and the cyclone aggressed the drake.

Once he was aggressed the rest of the fleet jumped in. Hurricane x2, huginn and a drake vs the Cyclone. This is the same guy that Diz has fought a few times already over the last few days.

A cyclone is not a bad way to start a roam. We scooped everything. No one had taken GCC because of his sec status being below -5. We then went to visit the station. Last time we did that they undocked a carrier. There was a hope that with the five of us, we'd be able to bump a carrier off the undock of the station.

When we landed a Megathron and a Niddy undocked. The Niddy repped the Mega. We shot the Mega anyway. Drones went to the Niddy and we stayed out of the Mega's blaster range.

We managed to power through the reps that where landing and we took the Mega down.

s we hoped they undocked the carrier. With the Mega down they redocked it. But we decided to give something a try. We decided to dock at the station to repair and see what would happen. We undocked to find a Thanny and Niddy out on the undock. We bounced off of them and they began to lock us up and shoot us.

Excellent. They were willing to aggress in their carriers on the station. A market check located cynos and fuel a few jumps away. A chat into alliance located a stack of eager dreadnought pilots. The plan. Dreadnought drops and carrier dies.

We undocked again. This time we acted like complete flakes and let our drake and soon to be cyno ship warp off. The rest of us continued to undock, get battered, try to escape, fail and dock. We asked them to let us go in local. They ransomed us for 100 mil. I explained that 100 mil was a lot of money. They dropped the offer to 50 mil. I insisted that it was too much and they should just let us go for the good fights instead of camping us in the station.

As I talked, dreds gathered. We had a moment with buying the cyno. The once we noticed was priced at 1.8billion. Whoops. A few jumps away we found one for a reasonable price. Back at the station, we kept the pilots entertained with local chatter, conversation, and a few more attempts to slip away from them. We tried "very hard" to escape. I asked them to move their ships off the undock some. I appealed to their good nature.

Finally, the drake pilot was back in system. The dred pilots had all calculated hteir routes. One hurricane undocked and let the carriers rip into him. The drake warped to the cane. I undocked and pointed the Thanny. He was decided upon because he was in half shields. The drake landed. The first hurricane docked. They switched to me. The drake lit the cyno. I burned away from them everything. Space exploded with beautiful, red flares.

The dreds seiged. One Thanatos down. The niddy docked as did a typhoon they kept spitting out. The sad part is that the same pilot flew the cyclone, the mega and the thanny. He was pretty good natured about it. Or at least, he did the 'didn't want that anyway, got spares in the station' thing.

We looted his wreck like piranha. Fighters. Mmm. Delicious and expensive delicacies. The subcaps are too small to carry them so the poor caps had to keep docking and undocking to empty the wreck. The naglfars had bounced when they landed from the cyno.

Once we got everything sorted, we jumped the dreds back out, said thank you to TEXN for helping out, and headed back out on our roam.

We puttered around, zigzagging through space looking for a fight. Ren logged on and caught up with us. I managed to screw up my map settings and not realize it. That was how I wound up bolting through a .06 system in my hurricane because I was on 'take shorter' instead of 'take less secure. That is just a nasty, nasty feeling as the faction police start to chase and shoot you. I made it out. Then I had to go back in. This poor cheetah pilot thought I was chasing him down. I wound up starting a conversation with him to tell him that I was just lost not trying to kill him.

We made it up to Amamake and found that there was a little group sitting in the top belt waiting for fights. That sounded good.

We sent the drake into the system then me. The drake warped and as he was about to land I warped. He landed and got locked by a legion, and a hurricane, and some other assorted things. I landed behind him and our Huginn was right behind me. The legion burned out of the Drake's range. I grabbed the next point and started to keep up but he webbed me down. I sent my drones to break his lock and our Huginn webbed him. Then his point broke and I had him neuted out as well. Cap draining dry we took him down and scooped the loot while frantically hitting scan and making sure we were not about to be jumped.

I managed to burn my guns out again. I'm getting to excited in these fights and not paying attention to what I'm doing to start them repairing sooner. So I went to dock and realized that the loot gods had smiled upon my bullshitting the Thanatos pilot. A bright stack of bling was in my cargo hold for about 300 mil in shininess. I dropped it off for safe keeping.

The next system over, Razor was trying to catch up to us. He had taken a short cut through null and managed to kill a falcon right as three carriers cynoed out. The falcon was the cyno and he killed it as the carriers came back to try to save it. Then he ran off.

As he raced to catch up he wound up jumping into a fleet from a corp that is a true ancestral enemy to TEXN and THC2. They go after him and he is gate bouncing back and forth as we catch up. We manage to snag and kill their Talos and get Razor broken free. As we cooled our GCC we discussed the stuff I left in Amamake. It seems that someone likes to camp that station. So, we ran back in, grabbed it, and sent it to high sec to get taken care of. That type of drop is sold and split beween the people on the killmail. We looked for another fight but none appeared so we abandoned the belt and made our way home.

On the way back we curved through null but not much else was to be found. It was a good night thou. I'm tired but a nice way to start my weekend. Almost all my fights where with -5+ people, meaning my sec only dropped to -4.2 from -4.1 That playtime with the drake fleet the other day wrecked my sec status.

The moral of the story? 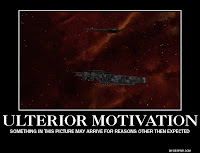