Soon to be an Eve Skill Point Tween

As I listen to Nina Gordon's Tonight and the Rest of my Life I find myself debating my teenage Eve Future.

At some point last month I accepted that while a new player and very much lacking in knowledge, I'm not technically a newbie anymore. I've upgraded to a nooblet. Its like picking out your first training bra. Very exciting time. Blue with stars on it anyway?

Chella was my first toon. Her start date is 12/01/11 and that is the day my little love addiction with Eve Started. I've commented before that I was focused on being hte ultimate little industrialist. Obviously, that path worked out perfectly for me considering I have become a low sec pirate and love it. 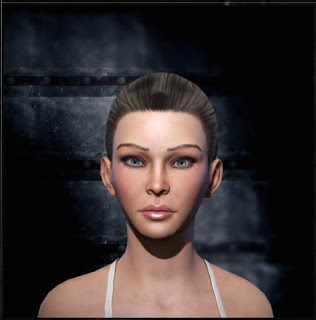 (First image. I had no idea I could do such interesting things with the portrait creator so I was rather boring for a while.)

Chella's early stages were ones that rejected combat. I just hated the combat tutorials. I mined, I did support in missions, I did some refining and some market stuff and some salvage.

Sugar was created three weeks later and took the burdon of hauling away from Chella. I had already been corrupted by my future at the time and Sugar's creation was a direct effect of that. Along with it, I wanted to be able to protect Chella from others or at least shoot them once they killed her.

Later, when I migrated down to low sec, I still relied on Chella heavily. 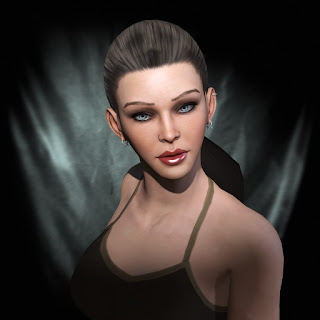 However, I went through a phase where I was just terrible at everyting. After she got ganked I stopped leaning so hard and asking her to do things I shouldn't have been asking. I started trying new things and she stepped into a support role for Sugar. That has been much more productive.

However, her core was still trash. After completing Logi 5 I worked to clean up her core skills. With that done, she has a more focused skill path then Sugar. Sugar has not remapped because Sugar is still learning skills all over the place. 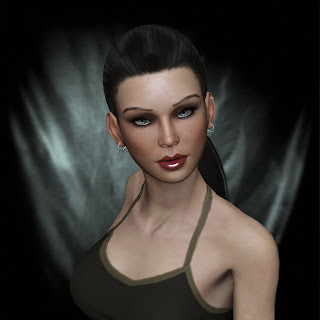 (I also used the character reimager to remake her and take care of a few imbalances in her image that were driving me crazy.)

Chella is my healer. That's right! I said it! If I was still playing my original MUD she'd be a cleric. She also flies my cloaky hauler around and handles my market stuff. Her skills are spread out a lot more with a bit here and a bit there as is very normal in a new player trying to figure things out. Compared to Sugar, who is streamlined for pewpew with a seriousness that highlights the business of internet spaceships.

Now, Chella has a bunch of Spaceship Command, Navigation, and Drone skills to learn. While she flies T2 drones, she needs to fly fighters for the carrier. Navigation leads to the joys of jump drives. It will also turn her into a Jump Freighter pilot on the side.

And there is advanced spaceship command and carrier.... Diz was sweet enough to remind me that carrier 5 is a 40 odd day skill. and how long it takes to fly a carrier properly...

But I shall not be crushed by the weight of the task.

Chella has always had and still does have terribly gunnery skills. The only reason she has as many skill points invested as she does is because of the requirements for logistics. Her ability to do harm by turret is almost nonexistant.

So we shall start with willpower and perception then intelligence to get these things out of the way. Skill training time is reduced, across large skills, by a handful of days. It does not sound like a lot, and many people dream that it takes percentages in the 25% range off. It is not that dramatic but a hours and days and weeks add up... 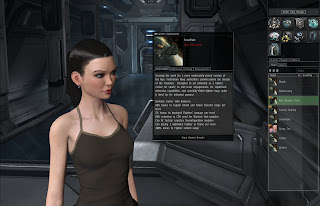