Oh we are 133t carebears, yes we are. We discovered how amazing we were last night. After all, Missions...

There was this general idea of "I'll just do this one mission and we'll go to bed."

TEXN has been burning through a few level 5 missions for the LP. Faction ammo is great stuff. It is a lot cheaper to keep the corporate hangers full through LP conversion.

After all, we used to carebear all the time. Level 5 missions, we have Machariels and Tengu and Scimitars, we're good. Oh, I'm hanging around so I'll salvage things as well, no big deal, a few minutes in the Noctis and I'll go to bed.


"Oh its drones. No thanks."
"No No. There are other wrecks to with tags. Come collect these tags. Let's see how much it is."
"Okay." The Noctis was already out so might as well put it to good use. There was some commentary over the sheer number of NPCs in the room and worries about the tank breaking. "Its' gated?"
"Yeah. Do you have a Scimi?"
"An Oni."
"Damn. Need a scimi."
"I have a Noctis." I undocked and warped to them. To my horror, I landed in the middle of the room. "I thought you said there was a gate?"
"There is a gate. That's why we didn't bring a carrier."
"Why am I in the middle of all of this?"
"I don't know? What the hell... I hope I don't lose my transversal or I'm going to die."

I warped the Noctis back out until they had cleaned the room. I went back in when they finished and went to the next room and started to salvage. Hurome logged on and he was instantly asked to get a Scimi. Maraner was tired of worring about losing his transversal. At one point he had fourty battle ships chasing his Tengu. We also found an interesitng graphics bug where missiles launched from our ships and went no where. No one could see the effect on anyone but their own ships.

"There is only one rat in here." They said from the next room. They shot it. My screen light up in a wave of red crosses.
"WTF respawn?! " I start rolling my Noctis out of the room as the entire group lights up on it. "What the hell? Who read the briefing?"
"We'll save you!" Hurome said and abandoned everyone else to head to me. I watched my shields melting away as my Noctis slowly worked its way into warp. I warpped off as they warped in.
"My god. That's a lot of battleships..." someone said.
"Oh wow, the gate sends you back to the first room. I can't believe all the ships here."
"They are all shooting the scimi."
"If you lose your Noctis I have a BPO, I'll build you another one, Sugar."
"I don't trust any of you anymore. Did you read eve survival?"
"I had a different site."
"......"

They started clearing the room for the second time. They cleared it, I warped back on grid and started salvaging again. This time, Hurome kept me locked for reps just in case. Once the room was clear they had to figure out how to activate the second section.


"There is another gate?"
"Yeah, I'm sitting beside it in the Noctis. There ARE two."
"I don't see it in my overview." A bit of reading and we discovered that the second gate is activated by putting the key in a can in the room they had been in before hand. Activation caused it to appear in the overview. Maraner was sent to drop off the key and I said, "Maraner, remeber when you yelled at Cylo?"
"What? Did I?"
"Yeah, you yelled at me that there was only one gate in the room."
"I only saw one gate on my over view."
"You are a terrible person."
"It will be hard for me to get over this," Cylo told him.
"Oh, didn't Maraner say he was going AFK for more alcohol? That room spawned on me remember? I bet its going to do that again"
"Oh. Hope hes not dead." Maraner returned to the keyboard with that. "Thank you. Reps please!" he said as he came back to the room to find that a full spawn had come to visit him.
"Whoops."
"Use the acceleration gate," Wolf told him.
"Its locked."
"Scimi imbound!"
"This thing is worth over 2 billion you knonw..."
"Who flies such expensive ships?" asked one of the two Machariel pilots in the room with him. 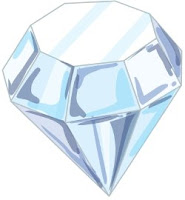 Oh yes, we are amazing at this. We kept his Tengu from popping. Therefor we are cool.

I have never refused salvage before. I refused it tonight when they went off to do their next mission. Hurome had rolled the exact same mission. He went and declined it. Our 15 minute mission turned into an hour and a half nightmare. With over 300 wrecks in the end, over half of them battleships, people were running low on ammo. I pulled in over 200 Concord tags. Someone volunteered to run them down into NPC Pirate Null to sell them and see what they made.

I was working to finish salvaging the rooms when they wandered off to another, easier mission in the same system.

"Even NPCS fall for the bait drakes," said Hurome. That was when I knew the night/morning had desinigrated beyond repair. "Go little warrior! Do my bidding!" Hurome encouraged his one singular damage drone in his Scimi. "Guess what he is going after, Sugar."

Way to much Alcohol and fatigue. Hurome mourned the passing of his poor drone.