[I asked permission before I wrote about this]

I got a private message from a corpmate. I was a bit surprised because we normally chat across our private channel and only a few other people were on. However, I answered it to have him beg me to get him out of a wormhole.

"I forgot to bookmark the exit."

I could only shake my head. I'm sure it has happened to many and will happen to me. I'm guessing he scanned it down, saved it, changed ships, and took two toons in both in combat ships and just forgot to bookmark.

"What system were you in?"

He told me. I logged on my scanning scout and headed over to scan him out.

"Do you remember where it was?"

"Somewhere near the middle of the system. There are only two wormholes there."

Okay. Scan I did. I found one in the middle of the system, pulled my probes and jumped in.

"Okay." I hopped back out. Before I did, I glanced around and was amazed at how beautiful the space was. I didn't take a picture and for that I regreat. It was a dark, mottled blue. Enchanting really.

I scanned down the second wormhole and jumped in. "Here?"

I took a moment to look at this one becuase there was a flickering near the sun. I realized the sun itself was pulsing. So, was this system a pulsar then? How pretty it was. 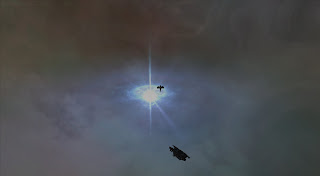 I didn't realize that they were so gorgeous. How no one has ever brought that up, I don't know. It almost makes me want to try it out. Almost. I'm still having issues with it and want someone to hold my hand. I've become more comfortable in null but still...

So wormhole space is pretty as is the rest of eve. 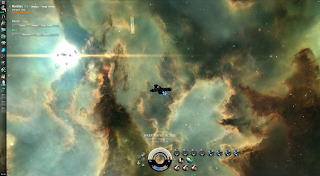 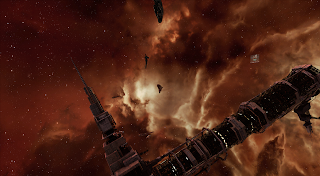 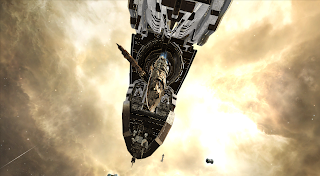 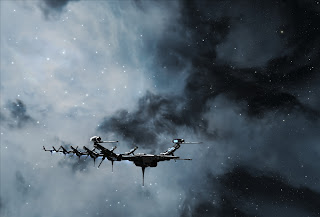 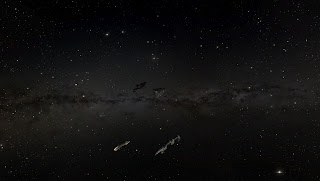 The darkness of null. 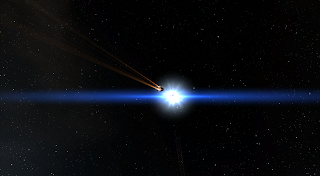