I watched a fair amount of carebears as a child. I didn't like the show all that much and my favorite carebear is the grumpy one with the storm on his belly, so take that as it may.

My work schedule has been a bit crazy this week. I came home last night, consumed a bowl of soup, realized I could not type coherent sentences due to exhaustion and went to bed. I got up around 0630 this morning, felt a lot better after eight hours of sleep, and logged in to find that my boys were having a bit of a day.

Or more like the alliance had somehow managed to get one of my corp mates killed almost half a dozen times during the night. I don't think June is going to be out month. However, that may change.

Anyway, during downtime I made breakfast. After downtime I settled down to consume my stew and get to some serious isk making. I'm still behind and I have about 500mil I am about to drop on ships to my building buddy. I'm also supplying him some of the datacores and build productivity dics that he needs as well. It is a good relationship that we have, productive on both sides. It is also a lovely example of Eve's market and player to player relationship on ships.

So, I was out scanning. Someone was scanning in a Helios. I ignored them and collected up a few Radar sites. Next system over I found a 5/10 DED Complex (plex). Last time I tried that I felt like I could handle it. I had to move my logi pilot down from her selling trip in Rens and reship a bit. But in about ten minutes I landed on the gate with an armor hurricane and a oneiros.

I had about an hour and a half before I needed to run off and do some stuff for work. I didn't do badly and cleared the first room in about 20 minutes. However, I landed in the second room and had my ass handed to me. It was terrible. I bailed and looked to see if anyone wanted to help.

Two of my alliance mates offered to join in.

This was much better. I also needed to get changed for work in about thirty minutes. With a battleship in the lead we cleared the plex in about fifteen minutes. The effort was deemed an acceptable effort by the drop gods and a Gistum B-Type Meidum Shield Booster dropped.

Nice. From my price check on it it is about 550mil. Plus, the overseeers effects. The total of 600mil was split between the three of us for a total of 200mil a piece. Not bad for a bit of scanning and effort and help. I paid everyone their piece when I got back from work and hauled the item up to Jita. Hopefully, it will sell quickly. Prepaying a group instead of making people work is a nice, effective method. I like it. 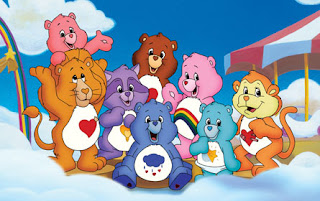 I'm so often asked "What do you do to make isk?" and all I can tell people is things such as the above scenario. Sure, I'd love to have the item all to myself. But, it is not feasible yet. I don't resent the sharing. Without their help, I'd not have been able to clear the plex. If the plex had not been cleared, I'd not have 200mil.

That circle of need is a very important aspect of Eve to me. I'm one to go on the forums and tell people, "Find a corp". I can't stand the entire isk per hour = don't run level 4 missions socially concept. As greedy as I am (and I am greedy) I like that hte game makes so many demands like that. I can find things to hard for me to do on my own but with a little bit of help it becomes easy and everyone benefits.

The 'boss' at the end of the Sister's of Eve Epic Arc is too hard for most 1-2 week old players to do alone. It is designed that way so that people ask for help, form fleets, meet other people. Yet, some think it is broken if they can not solo it. Many never think of playing with others.

I have a hard time believing that I'm odd for these thoughts considering social nature of the game.