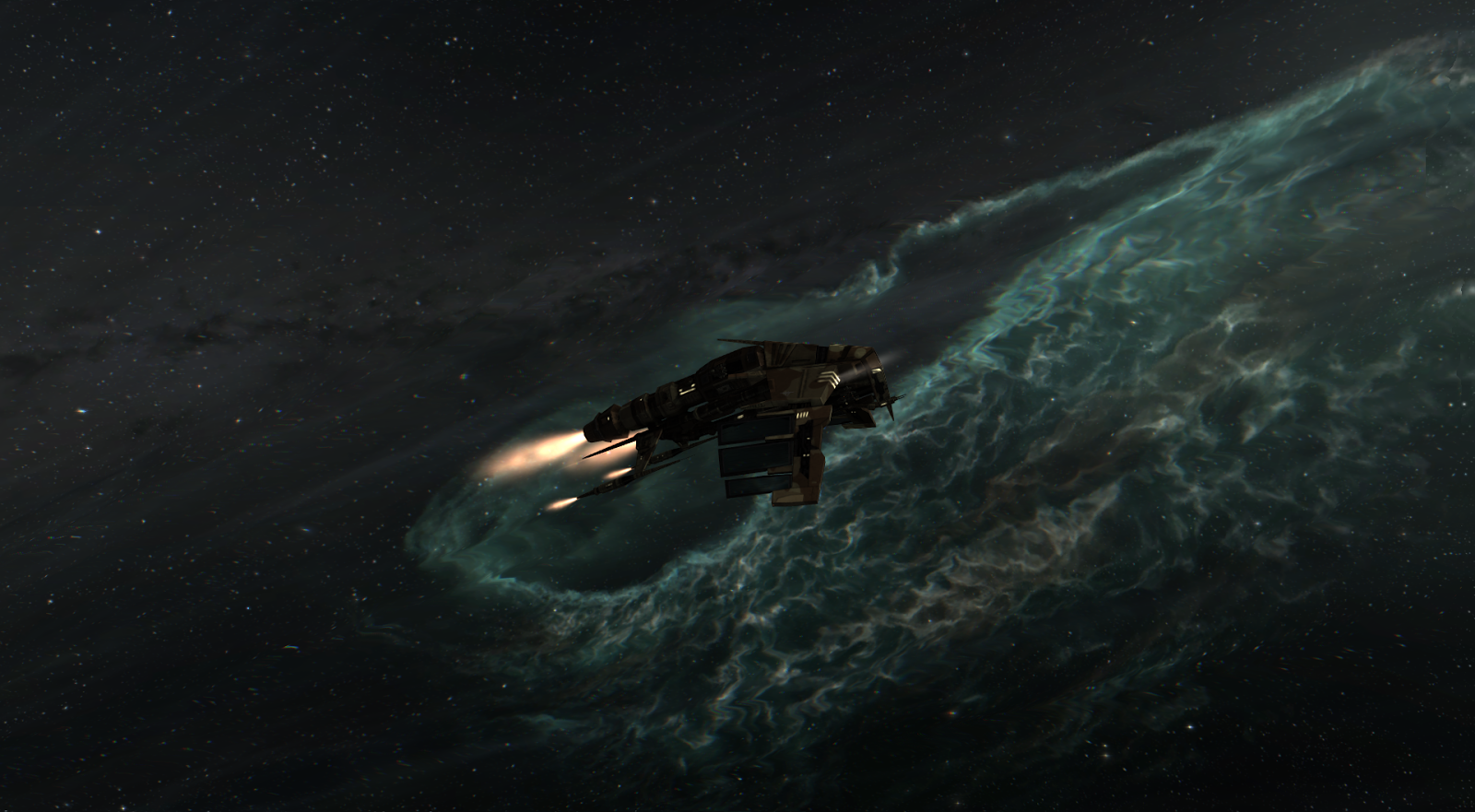 Kaeda has weekend ops up for frigate roams into faction warfare. These interest me a lot because I am not well versed in non assault frigates. Plus, I enjoy Kaeda and there is a lot to learn from what he does and how he roams. I'm an observer when it comes to learning and having FCs I am comfortable with to watch and ask question for improve the day for me.

I was voicing the fact that I feel I have odd gaps in my flying ability. I spend a lot of time in an assault frigate but that is not the same as flying in a frigate. I spend a lot of time in T2 ships in general and my T1 frigate gap is very lacking. When I first started, gates aggressed you for the full 15 minutes, invalidating smaller ships from fighting in low sec. Even cruisers were hit or miss if they'd survive.

That means I learned to fly in battlecruisers and by the time I could fly frigates I stuck to assault frigates since gateguns are still a thing. Time in frigates, in fleets, isn't common. I could go try to solo but I don't want to solo. Therefore, I jump for these T1 frigate gangs and try to access some of the blissful abandonment of worry that I see others have when they scream T1 frigates.

Off we went with Kaeda dropping the reminder not to warp to zero on the Faction Warfare complexes.

I think we were in Caldari space. I don't know. We kept running into cruiser and T2 cruiser gangs. We were a handful of Firetails and a Merlin. I even had an afterburner because I stole Kaeda's fit. I complained about being slow and Roigon wanted to know how a Firetail was slow. To men, it is slow compared to a microwarp drive. I understand all of the technical reasons to fly with afterburners for frigate fights but I can't escape the feeling of being stuck in mud when wanting to run something down.

I may not be cut out for frigate fighting like this. I know lots and lots and lots of people adore it, worship it, and scream from the rooftops that it is the best thing ever. Me, I miss my old battlecruiser fights still. The past is always beautiful and tinted with lovely shades of remembrance. I've never been in a frigate corp or done RvB or anything like that and maybe it isn't something I can go back to... I don't know... it just seems that it is something I should keep at since so many people seem to enjoy it so damn much.

For now, we chased things around and eventually killed a T1 fit Rupture. They also killed something else in a complex. I'm so busy trying to remember to warp to the gate at x range and enter the gate and wait for commands that I'm much, much slower then everyone else. This runs a bit differently and faster and everyone else seems to have a clue...

Oh well. Eventually, we wound up... somewhere... surrounded by T2 cruiser fleets chasing each other and chasing us kinda as we ran from a heavier (is there such a  thing?) frigate group that had instalock and stuff. I wound up utterly lost. The home field advantage is well overlooked in this game. Not recognizing any system names and finding myself at a gate called out at another moment after something was changed I jumped to find the fleet, discovered I was in the wrong place, jumped back in and wound up tackled by said frigate gang.

I just alt tabbed and went to get some water while they killed and podded me. Being lost frustrates me and I was completely lost, separated from the group, and just in a bad position.

I spent some time doing something I'm actually capable of doing without drooling on myself. I was asked by Suleiman to light some cynos in Bosena for him. My heart was warmed. I could light a cyno and not get lost in Bosena. Plus, trust! Yay! Off I went to be a good little cynoboat until my little frustration meter had drained.

I had just finished making dinner and getting everyone fed when an evening fleet was called out. Omens. Again. I had one named, "spare" sitting in my hangar. I loaded up the cap boosters and renamed it. More activity right? I said I would and if anyone hasn't noticed, the lasers on an Omen, when retracted for warp look like cattle skulls. 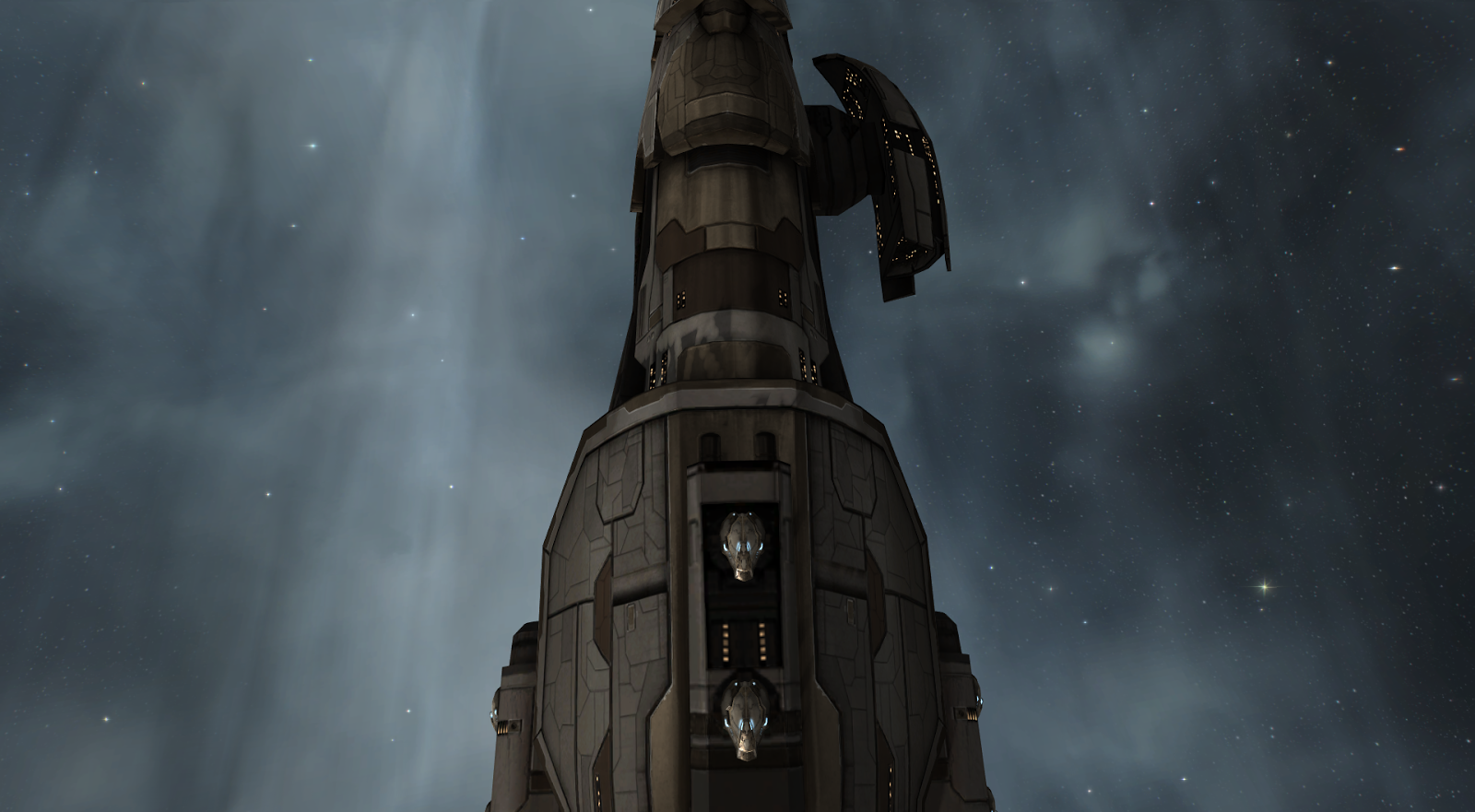 There I was, back in Omen fleet and out to null, again. Hmm. Let's see how it goes this time. I had a taco and a half left to eat but I wasn't running tackle and I wasn't in an Interceptor so I managed to finish eating within the first two systems. I did opt to chew although Titus suggested that I do the python maneuver with them for efficiency.

This time I thought about tacticals. Of course, we didn't meet any bubbled, bombed gates when I was paying attention. Again, I wound up moving slowly. Some of it is that my hearing is terrible. My right ear has been clogged since last Friday when I got really sick. Mix that in with being super cautious not to miss system names and my general attempt not to lemming through gates and I just seem slower than everyone else. It is probably checking the gate names over and over again.

We wandered around without meeting much for a bit until we bumped into a Firetail fleet. That was interesting. There was a lot of kiting and a lot of warping and we were picking off Firetails who were trying to land good warpins on us. While uncomfrotable in the Omen from lack of familiarty I felt good. It's agile, its fast, and stuff seemed to be dying. I maybe spend to much time paying attention to keeping at the edge of my kiting range but it seems that if I'm kiting I want to do that. Things went well until whomever was in the station started to undock things. The Machariel was a bit... painful... and then some tackle landed and the Firetail fleet left (I think, we saw a Firetail on the sun when we were extracting) and we started losing ships.

We decided to bail. Logi down. Supports down. Retreat is not a bad idea in these situations. I guess our entire fleet could have just gone all in and died in a fire to all the things we had no chance of killing. I'm not sure why that would make any sense or be a viable tactic. Extracting is harder at some times than others. This was a time to leave. We'd poked and poked and now we were getting stung for our honey.

We got chased a few systems and Titus got tackled. He did manage to take the Ares down with him and the rest of us burned back home. I managed to get my Omen and pod all the way back to Nalvula. I have to admit, I was surprised. I was also the last one to make it back but at least I made it.

Out kiting Omen doctrine is a lot of fun. I'm still getting used to lasers in general. The feel of them is different. The ranges are a lot of checking and double checking and do they ever drink cap. Its strength is both in its agility and in the fleet itself. Once we drop below a certain level of ships we are just not effective enough to break things.

I also had to abandon my drones. Poor things, out in the darkness, off a gate, in null...

August 08, 2015
[15:32:10] Trig Vaulter > Sugar Kyle Nice bio - so carebear sweet - oh you have a 50m ISK bounty - so someday more grizzly  [15:32:38 ] Sugar Kyle > /emote raises an eyebrow to Trig  [15:32:40 ] Sugar Kyle > okay :)  [15:32:52 ] Sugar Kyle > maybe one day I will try PvP out When I logged in one of the first things I did was answer a question in Eve Uni Public Help. It was a random question that I knew the answer of. I have 'Sugar' as a keyword so it highlights green and catches my attention. This made me chuckle. Maybe I'll have to go and see what it is like to shoot a ship one day? I could not help but smile. Basi suggested that I put my Titan killmail in my bio and assert my badassery. I figure, naw. It was a roll of the dice that landed me that kill mail. It doesn't define me as a person. Bios are interesting. The idea of a biography is a way to personalize your account. You can learn a lot about a person by what they choose to put in their bio
66 comments
Read more