Le PewPew: These Heels are Breaking in 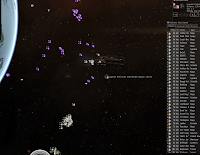 It was Dave Lash's idea to shoot the station services and see if people would come out to fight.

It was another Rupture and tackle fleet. We managed to kill a Drake three jumps out. It was eerily similar to the Cyclone kill the night before. Point. Web. Blap. Out. This time I didn't stay for the pod and the gate guns did not shoot me.

They docked and undocked things. A Loki. A Rokh. A Malidiction. A Jaguar. Loki and Rokh played games. Our fleet swirled around, Scythe, two interceptors (one was me!) and nine Ruptures. It went well until local spiked to 70 people. We popped the Sabre as local spiked. Jump bridges.

24 Naga, 5 Scimitar, 2 Jaguar, a Lachesis, some Tengu, Tornados, Cynabals, Lachesis, Falcons and some more stuff came in. It seems that shooting their station did indeed create a response. We stayed and fought as the tackle landed but when the massive Naga ball landed we just bailed. We knocked out some tackle and a stabber fleet issue. I got tackled  I tackled, they blapped that tackle. Someone knocked me down to 25% shields before I hit warp.

We lost two Ruptures and got chased a bit. On the other side of the gate we stood and fought their tackle that had landed.  A crow died and a Jaguar. Their Scimitars jumped through and we bailed off of that gate. DP managed to somehow burn out his MWD, kill the Jaguar through the Scimitar reps and warp off in armor.

Now we are down to a handful of Ruptures, me and the Scythe.  There were some Tengu in some random system and it seemed like it was time to try to kill the Tengu. I wound up tackling one and he tackled me back which turns out that it is very bad. However, I was powerful! I was also out of the Scythe rep range. The FC ordered me to drop the tackle and bail. Somehow, and I don't know how, I worked my way free, avoided being blapped (I think this is because missiles are terrible) and made it into warp as I hit structure. 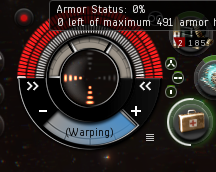 This interceptor thing is very, very dramatic. 99% structure. And then back into battle to rescue one of our Ruptures! With no armor. But then we managed to kill a Huginn instead. I really have no idea what was going on.

We hobbled back home, somehow the Ruptures managed to kill an Arazu on the way home and the battleship fleet it was with bailed from four or five Ruptures on a gate, taking gateguns.

August 08, 2015
[15:32:10] Trig Vaulter > Sugar Kyle Nice bio - so carebear sweet - oh you have a 50m ISK bounty - so someday more grizzly  [15:32:38 ] Sugar Kyle > /emote raises an eyebrow to Trig  [15:32:40 ] Sugar Kyle > okay :)  [15:32:52 ] Sugar Kyle > maybe one day I will try PvP out When I logged in one of the first things I did was answer a question in Eve Uni Public Help. It was a random question that I knew the answer of. I have 'Sugar' as a keyword so it highlights green and catches my attention. This made me chuckle. Maybe I'll have to go and see what it is like to shoot a ship one day? I could not help but smile. Basi suggested that I put my Titan killmail in my bio and assert my badassery. I figure, naw. It was a roll of the dice that landed me that kill mail. It doesn't define me as a person. Bios are interesting. The idea of a biography is a way to personalize your account. You can learn a lot about a person by what they choose to put in their bio
62 comments
Read more